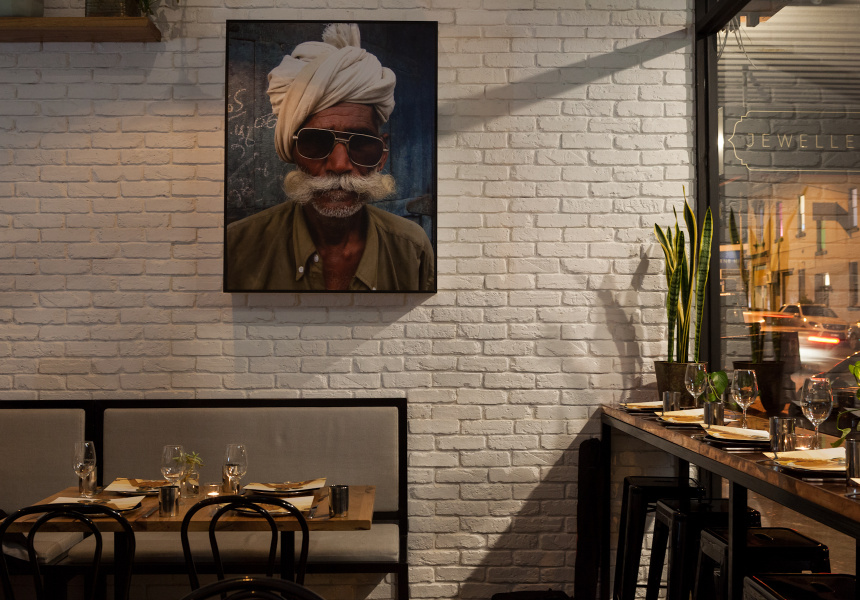 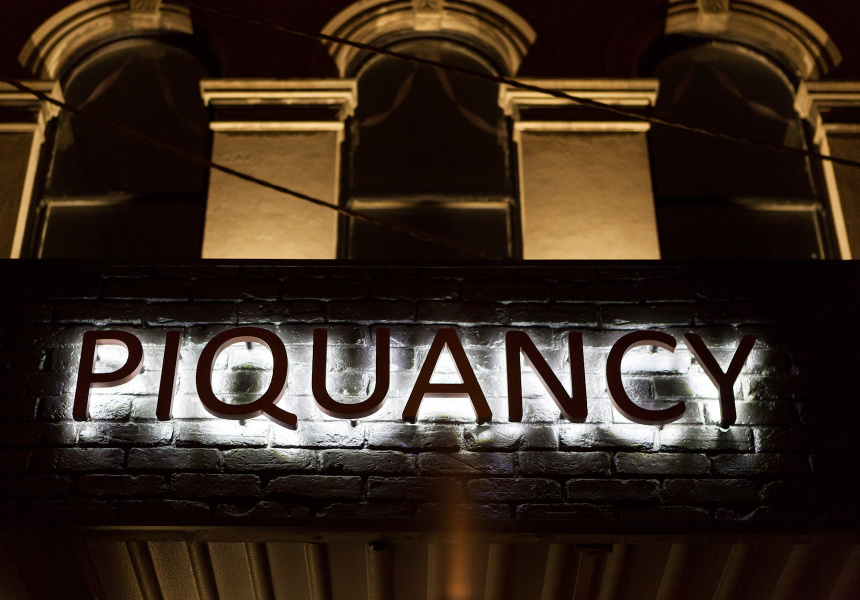 When cousins Mani Waraich and Ranjit Singh bought St Kilda’s Babu Ji in early 2015, it came loaded with expectation. The one-year-old sister to Horn Please was already known as one of the best Indian restaurants in the city.

But the cousins haven’t stumbled. They share the original owners’ belief that Indian food has a bigger role to play in Melbourne, and they’re ready to take it there.

“People still think Indian food is just takeaway, or curry and rice,” Waraich says. “That’s why we have the hashtag at Babu Ji, ‘not just curry and rice’.”

The new Piquancy is Babu Ji’s more reserved sibling. In most other ways, it’s the same sort of place.

A large, turban-clad, impressively moustachioed man watches over the space. Like Babu Ji.

There’s a GYO (grab your own) fridge containing 40 beers, including 4 Pines pale ale, Stone & Wood Pacific and trusty Kingfisher lager. You can order a beer, but it’s more fun to hop up and grab one yourself. Like Babu Ji.

The food looks pretty, and tastes light and crisp as often as it does rich and aromatic. Like Babu Ji.

Start with panipuri – golf-ball-sized puff-pastry shells, half-filled with mashed potato and chickpea. They come with a little flask of herby, salsa verde-like liquid. Pour a little into the opening atop each ball and pop it in your mouth for a crunchy, creamy, herbaceous snack.

Other dishes in this section (“from the street”) include cauliflower florets sweetened with tomato, honey and the barest hint of chilli; paneer cheese stained with beetroot and charred in the tandoor; and an unusual lamb “kebab” that’s actually mince formed into a neat little cylinder.

More familiar dishes such as butter chicken and goat curry appear in “from the pot”. But they’re backed by fig, pomegranate and cashew-dumpling curry; and a black-lentil stew jacked with garlic, ginger and garam masala and simmered for 12 hours.

Ninety per cent of the menu is gluten-free. Waraich is intolerant himself, and he’s particularly proud of the gluten-free naan, which he and his mum developed over several months back home in north India, “where people eat bread more than rice”. It’s made with psyllium husk, plus quinoa, chickpea, lentil and corn flours.

“There’s a lot of gluten-free offerings in cafes, but not so much in restaurants,” Waraich says. “People just say, ‘sorry’. I don’t think that’s a good enough response.”