Just like chefs, who meticulously create their own seasonal menus, bartenders also go to great lengths when creating their own cocktail lists. We caught up with Eau De Vie’s Greg Sanderson to find out more. 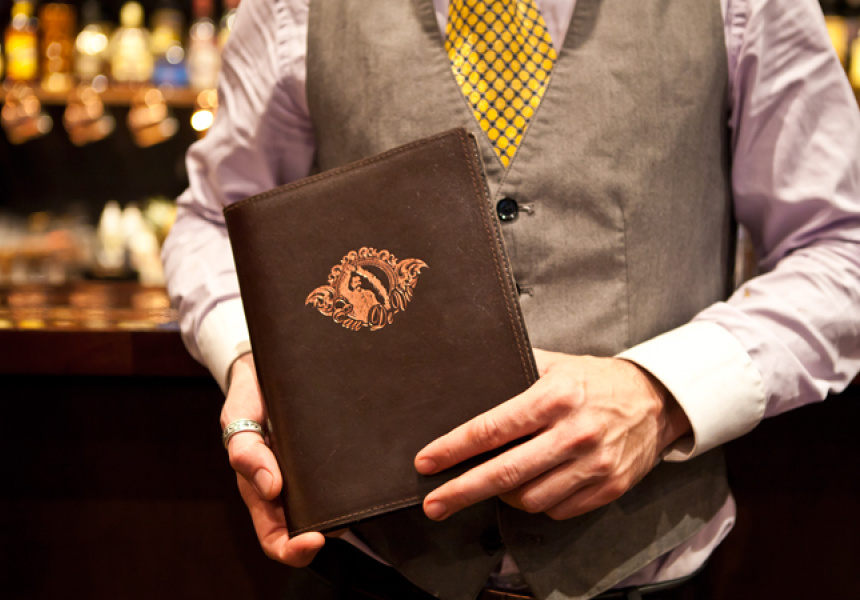 Far from a random assortment, a good cocktail list is the embodiment of consideration, with everything from the presentation to the order and balance of the content subject to a careful, thoughtful process.

“All the bartenders at Eau De Vie contribute drinks and ideas,” Sanderson explains. But the most important influence on the list comes from the other side of the bar – from the drinkers themselves.

“We ask our customers all the time about what they like, what they’re in the mood for, what they thought of the drink.” Customer feedback is constantly shaping the menu and keeping it fresh. For example, Eau De Vie recently included more bitter cocktails on the menu once the staff noticed their growing popularity amongst clientele.

When it comes to sitting down and laying the foundations for the menu, Sanderson compares the process to the way a chef would plan a restaurant menu, taking into account the wide variety of tastes and moods, while also considering the seasons.

Once the ideas are on the table, the bar staff gather together and talk it out. To ensure a well-balanced menu, they will list all of the drinks on a spreadsheet and note the main flavours, glassware and base spirit. This way they can see exactly what’s missing, or quickly spot a case of overkill.

“If there are three drinks with passionfruit in them, one or two have to go,” says Sanderson. “It’s just the way it is. Even if they are two good drinks.”

The next step is nutting out the logistics. What if you have a fantastic menu, but it’s taking 20 minutes to make a cocktail with 10 ingredients and just as many steps in the recipe? This is where each staff member can jump in and point out potential problems.

As general manager, Sanderson might protest splashing four shots of their most expensive tequila into an $18 cocktail, whereas the bartender who preps might point out that he would struggle making an enormous variety of purees, and so on. It’s through these sessions with the whole team that they can really ensure a great balance on their cocktail menu, as well as an efficient bar.

The next step is setting out the structure. Without a flowing, logical order to guide the eye, the reader might need a stiff drink just to make sense of it all. Imagine, for example, trying to read a restaurant menu that’s listed the crème brulee right before the seafood curry.

“With 44 cocktails to choose from, we want it to be easy to navigate,” Sanderson explains. “There are different sections and the menu has a logical progression from start to finish, just like a traditional food menu would have entrees first and desserts last.”

“The main body of the list goes from easy drinking flavours through to heavy, big, bold flavours,” he says. “I tell every new guest who comes in this and they automatically seem less afraid of the list.”

A logical structure makes for easy reading, but a touch of humour makes it fun. The Eau De Vie menu has a section that features drawn caricatures of their bar staff matched up with their own ‘personality cocktails’ as a way to create a more approachable feel.

Sanderson admits that Eau De Vie may at first seem like a serious drinking venue to newcomers, but the impression doesn’t last long. “We do take our service and drinks quite seriously, but we also like to have fun with it. The menu is all about showing the guests this.”

The list is given a good shake up two or three times a year, although smaller changes are made throughout, depending on changing popularity. And of course, seasonality and climate has an important influence on the list. “No one wants to look at a menu with four hot drinks on it during the middle of summer,” say Sanderson.

That said, you won’t see Eau De Vie’s bartenders rushing to stuff their drinks with mangoes and bananas just because they’re suddenly in season. The staff prefer to adjust the seasonal menus more on the flavours and temperatures of their drinks, rather than be dependent on the whims of market produce that week.

The team at Eau De Vie has put together quite an extensive menu rather than going with a short, concise list, but Sanderson says he can definitely see the merits of both.