From grand-scale spectacles to intimate experiences, this three-month festival across multiple venues has something for everyone. In partnership with Arts Centre Melbourne, we highlight five worth bookmarking. 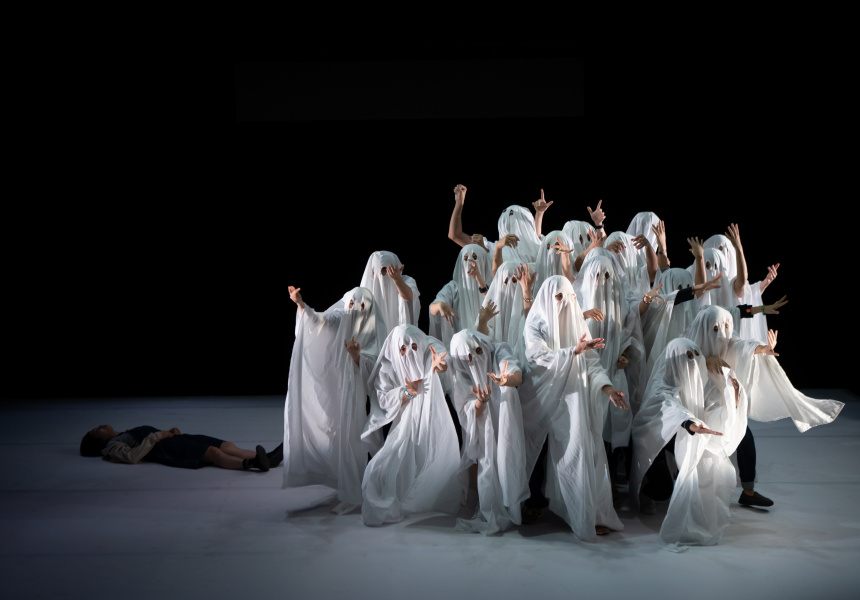 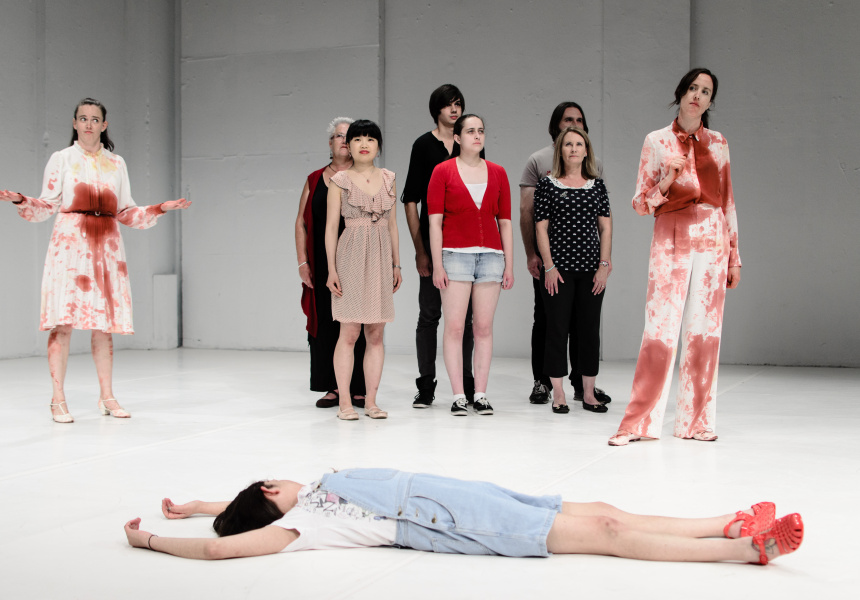 A live cooking demonstration seared with black humour. An immersive journey through a South Korean city. A queer theorist performance piece. The whisper of decaying food. A spectacle of blood and gore.

Anyone who went to the inaugural triennial Asia TOPA festival in 2017 will appreciate the vast variety of events. Curated by Creative Director Stephen Armstrong (whose previous credits include Chunky Move, Malthouse Theatre, Sydney Theatre Company, Chamber Made Opera), Associate Director Kate Ben-Tovim (Oz Fest India, White Night, Melbourne Festival) and a number of guest curators, Asia TOPA is a joint initiative of the Sidney Myer Fund and Arts Centre Melbourne, in collaboration with other venues in Melbourne, Bendigo, Geelong and Castlemaine.

This year, there are more than 80 events spanning theatre, music, dance, performance and visual arts, featuring more than 1,000 artists, creative teams and support crews from 17 countries and regions from the Asia-Pacific. Many international artists have also teamed up with local talent, often resulting in material that’s making its premiere in Melbourne.

It’s a program that really allows you to appreciate how much Asian culture informs our contemporary identity as Australians. With so many events to consider, here are our top picks.

Double Delicious
A night of cooking and storytelling at Geelong Arts Centre (February 19 to 22) and then Abbotsford Convent (February 21 to March 1), from five creative geniuses: celebrity chef and author Elizabeth Chong; writer and broadcaster Benjamin Law; kimchi queen Heather Jeong; actress and theatre educator Valerie Belly; and choreographer and performer Raghav Handa. Designed to pique your curiosity about Asian food, each dish – cooked live on stage – becomes the centre of a vignette about culture, family and place, with the participants often using personal photographs to illustrate their stories. Yes, there will be taste-testing just to add to their challenge.

When It Rains (I Feel Like Eating Jeon)
What do you associate with rain? Much-wished-for drought relief? The strange new red dirt that spatters your car? Maybe crispy Korean pancakes? Through the eyes, ears and memories of a Korean elder in the city of Ansan, this free work at the Abbotsford Convent is a collaboration between South Korean artists Jin Yim and Jihyun Kim, and Australians Madeleine Flynn, Tim Humphrey and Erin Milne. When It Rains (I Feel Like Eating Jeon) explores themes of routines and loss. It’s a mirror to our destabilised times. And it’s installed in the convent’s South Laundry, which has its own dark history of displacement.

Lovebomb
If you’re looking for something to file under “that was unexpected”, head to The Substation in Newport for performances by Terre Thaemlitz, the Minnesota-born multimedia producer and founder of Comatonse Recordings. She’s now based in Japan, and has hosted cross-cultural sensitivity workshops in Tokyo. Her essays and talks on identity politics have led her to be regarded as both a queer philosopher and a feminist Marxist, and her experimental electronic music is just as cerebral.

On March 12 she’ll be performing Lovebomb (a performance piece that takes its name from her 2003 album), and on March 13 she’ll be presenting Soulnessless; Cantos I-IV (2012). Both performances come with the warning that due to adult concepts, nudity, surgical images and other materials, they are not suitable for young audience members – which ought to provide you talking points for the rest of the year.

Fermenting: Listen
This performance is the final installment of Chun-liang Liu’s Food Concert project, which examines the ritual of food preparation through all the senses. The interdisciplinary artist and creative director of Taiwan’s Long Distance Collective returns to Castlemaine State Festival, where she last presented this work-in-progress two years ago. This time she’s focusing on the ancient art of fermentation, interpreting the sounds of the process as a dialogue with human life, memory and time.

Oedipus Schmoedipus
Both sublime and ridiculous, Oedipus Schmoedipus is a gory, cartoon-like take on murders, suicides and accidents from a collection of theatre classics. Created by theatre company Post – founded by Zoë Coombs Marr, Mish Grigor and Natalie Rose – it stars Mish Grigor and Shelly Lauman, who perform the show in English, and ManMan Kwok and Man Sui Hing, who perform the show in Cantonese. Adding to the mayhem, 25 volunteers will be recruited for the performance in advance to become a Greek chorus.

This article is produced by Broadsheet in partnership with Asia TOPA.