Benjamin Law Says If He Had to Pick One Dish That Encapsulates His Personality, It’d Be Wonton Soup 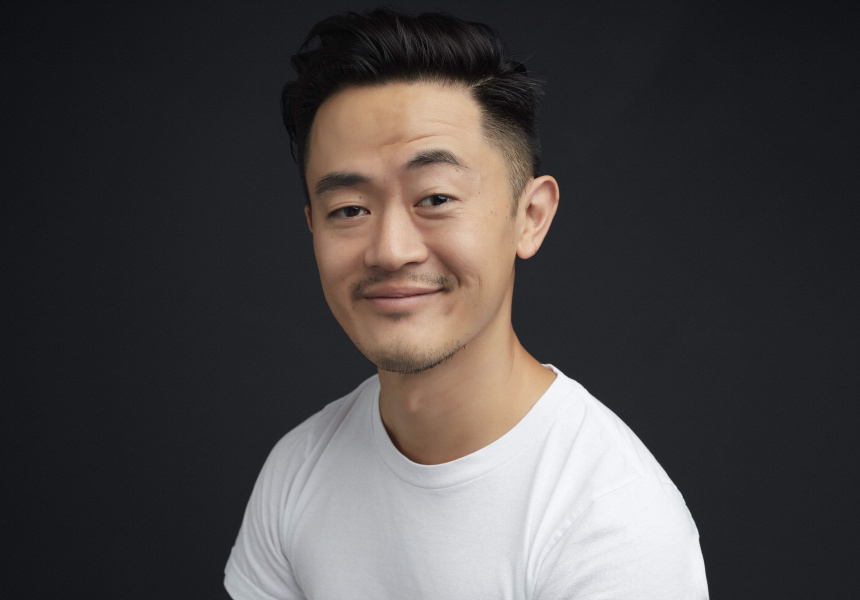 Wonton soup holds a particularly special place in Sydney author, journalist, playwright and TV host Benjamin Law’s heart and mind. Not only is it something his mother cooked regularly while he was growing up, it's also one of the first meals he ate in Hong Kong when he went to meet his extended family.

“It was in this hokey little chain restaurant, but it was perfect,” Law says.

So when it came to choosing a food he felt best communicated who he was, it was an easy decision.

“It’s a classic Cantonese dish and something I’ve mastered over the past few years. My connection to it is threaded through my story of trying to find cultural touchstones I could hook onto as a kid growing up in Australia, disconnected to my culture in some fundamental ways,” he says. “My family was one of the very few Asian families growing up on the Sunshine Coast.”

Law will be cooking the soup while sharing stories of his childhood and family background in Double Delicious, a new show that's part theatre, part cooking demonstration coming to Melbourne’s Abbotsford Convent. Audiences are treated to tasty food as well as insights into the personal journeys of Law and five other prominent Asian-Australians.

“I think [cooking] is a beautiful thing to bring to the stage,” he says. “Because sharing food immediately [creates] community.”

Law was born to Cantonese parents who migrated to Australia from Hong Kong in the mid-1970s. He grew up in Queensland during what he calls the “sweet spot”: it was pre-Pauline Hanson, the success of Expo ’88 had left people with a welcoming curiosity towards different cultures, and Law could impress by showing his friends interesting Chinese snacks or using chopsticks at school.

Law didn’t meet his extended Hong Kong family until he was 12. It proved revelatory.

“My grandmother, cousins, aunties and uncles were all there, and it was this incredible homecoming,” he says. “For the first time everyone is speaking a language that’s traditionally been contained to your living room, and suddenly everyone looks the same as you. So there’s a huge, comforting feeling of being inconspicuous, because I always stood out every time I left the front door.

“But at the same time I was an outsider, because every time I opened my mouth it was clear I wasn’t a native [Cantonese] speaker; my cousins say I speak like a three year old. So it was bittersweet.”

The show is directed by actor Darren Yap, and joining Law on stage will be celebrity chef, author and teacher Elizabeth Chong; Raghav Handa, a choreographer and performer of Indian heritage; popular television chef and leading Korean cooking instructor Heather Jeong; musician, composer and sound designer Nicholas Ng; and theatre, film and television actor and educator Valerie Berry. And despite his high profile, Law admits to a few pre-show nerves.

“It’s new terrain, for all of us,” he says. “Elizabeth is comfortable before the camera, but a live crowd is a completely different thing; Valerie is an actor but live cooking isn’t something she’s done; and I might be a public speaker, but I certainly don’t act or cook in front of people … I’m a bit of a klutz, so am I going to cut open an artery on stage?”

Jokes aside, he’s optimistic that Double Delicious will have a positive flow-on effect.

“I hope people leave with a curiosity about culture and food. Just over one in 10 Australians now has a significant Asian heritage … [but] we don’t have a history of Asian-Australian storytelling. So hopefully having five voices on stage will give people a better impression of how diverse the communities and the cuisine are.”

Double Delicious is playing at Carriageworks as part of Sydney Festival from January 8 to January 12, and at Abbotsford Convent from February 27 to March 1.