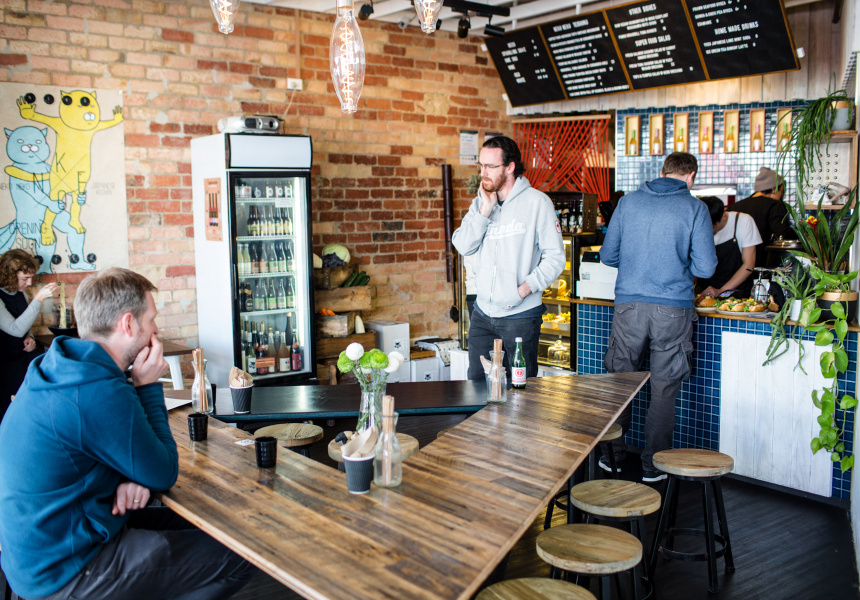 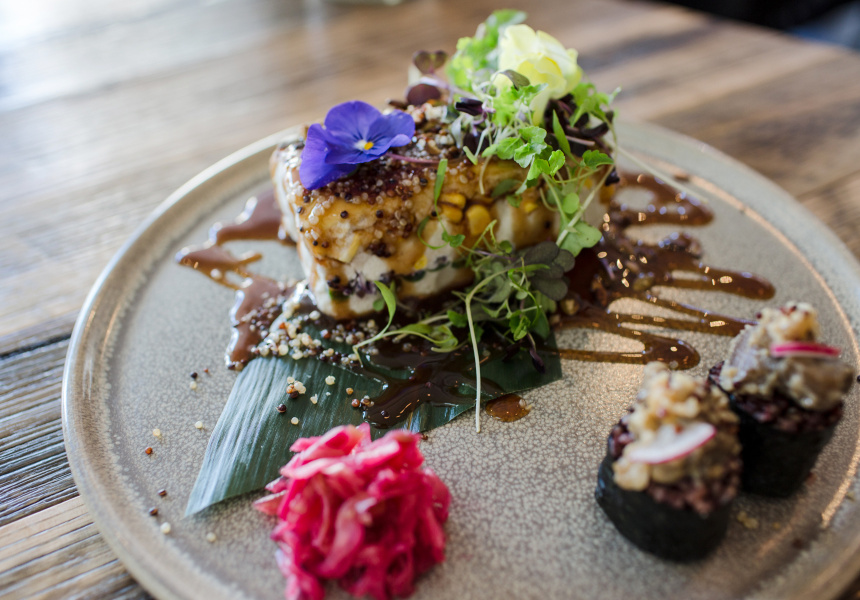 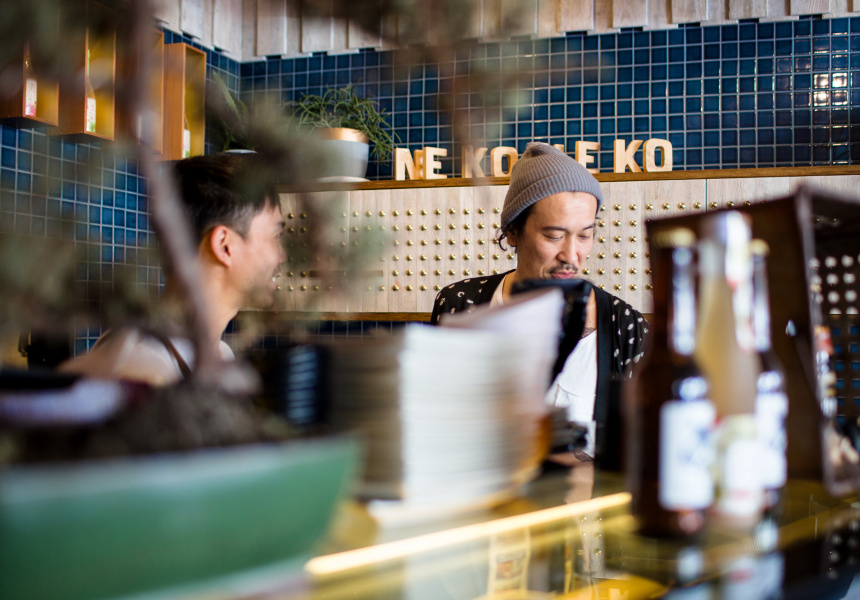 Neko Neko means “cat” in Japanese. It’s an odd choice for a Japanese canteen, but it stems from co-owner Saori Kawasaki’s love for cats, and from cats’ love for fish.

Saori founded the pescatarian/vegan cafe with husband Tomoya Kawasaki in 2016. Since moving to Melbourne from Tokyo they’ve opened three other ventures, including Wabi Sabi in Collingwood) and St Kilda, and Yoku Ono in Prahran.

Their fourth venue is focused on takeaway. If you’d rather stick around the cutesy space, there are several window seats and an unusual triangular table with an open centre.

The menu is simple and short, with a focus on wholesome ingredients. Vegan ramen is made with a 20-ingredient vegetable stock and egg-less “egg noodles”, an original recipe from Saori, who’s vegan herself.

The vegan okonomiyaki (derived from the okonomi, meaning “what you like”, and yaki, meaning “grilled”) is bound with cashew cream instead of the usual egg. It also forgoes the traditional kewpie mayo topping for a vegan dengaku nasu miso eggplant and macadamia sushi.

A display fridge holds a range of bento boxes and sushi that immediately capture the eye, thanks to purple rice made with a mix of black and brown rice, quinoa and other grains. Japanese baguettes filled with teriyaki salmon or vegan croquettes are also available for lunch.