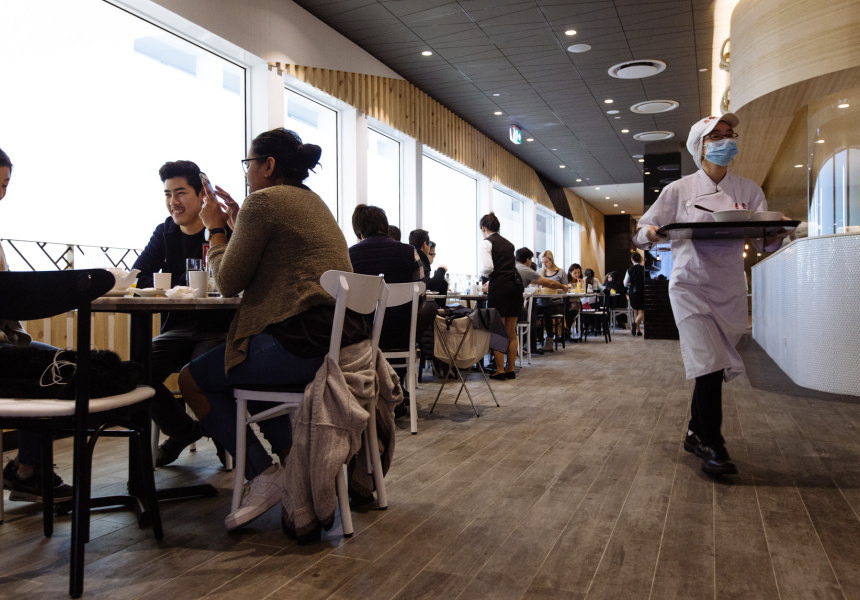 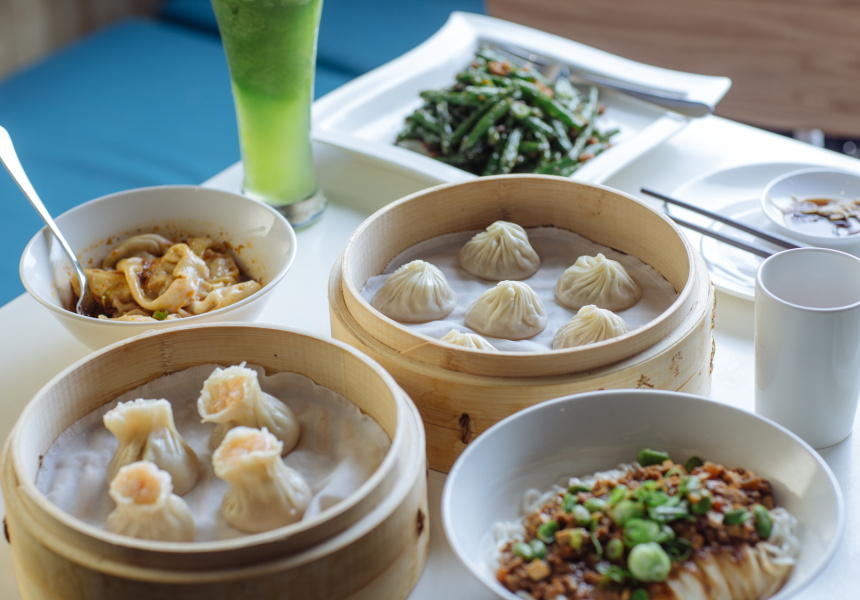 Towers made from bamboo baskets teeter over steamers. Waiters are dressed in crisp black and white, their audio earpieces firmly in-ear. JT is on the speakers and Take That’s ready to go. Welcome to Din Tai Fung – the Taiwanese dumpling chain that became world-famous when, in 2009, one of its outlets earned a coveted Michelin star.

Din Tai Fung first arrived in Australia in 2008 and now runs restaurants all across Sydney. Emporium (2015) is Melbourne's first DTF and occupies an entire upper floor – 235 seats with private dining rooms and a dedicated waiting area. Diners in the main space look out over Little Bourke, while others watch the exacting dumpling masters at work.

The cooks who make DTF’s hallowed, soup-filled xiaolongbao train for three months at just one aspect of the dumpling-making process. Kneading the dough, rolling it into cylinders, filling, folding and plucking – each step in the dumpling-chain is an individual branch of knowledge, and the chain's top brass knows everyone's hands are different.

Along with the benchmark-setting XLB, Din Tai Fung serves plenty of good gear from Taiwan and the mainland. There's silken tofu covered in pork-floss and accompanied by a jet-black egg; Taiwanese Fried Chicken (and pork chop) with a side of freshly made noodles; and a luminescent Triple Mango Crushed Ice always seems to be passing by. But don't be mistaken: dumplings are the main affair here.

Booze is better than you’d expect: beers range from cans of VB to a $24 Garage Project microbrew, with Tsingtao and Pikes Pilsner between. The wine list is mainstream with highlights, such as the Jamsheed Roussanne.

Expect a queue at most times of day. But there's a small act of mercy: a radio-controlled beeper that means you can leave the waiting area and pick through Uniqlo while you hang out for a table. It’s worth the wait.