Samurai Cinema: The Way of the Warrior at ACMI

Samurai films have influenced everything from Westerns to Star Wars and the Wu Tang Clan. Find out why samurai cinema is so appealing, and just what makes it so bad-ass. 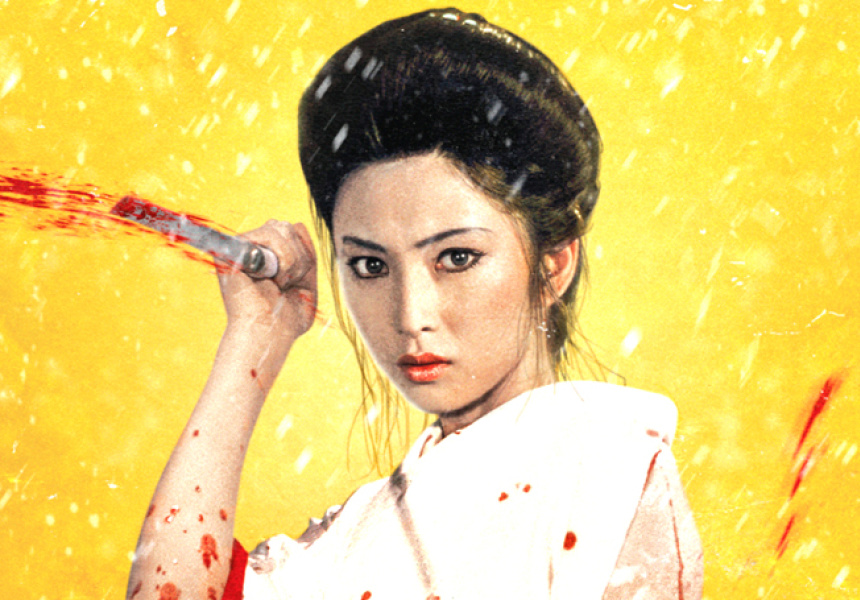 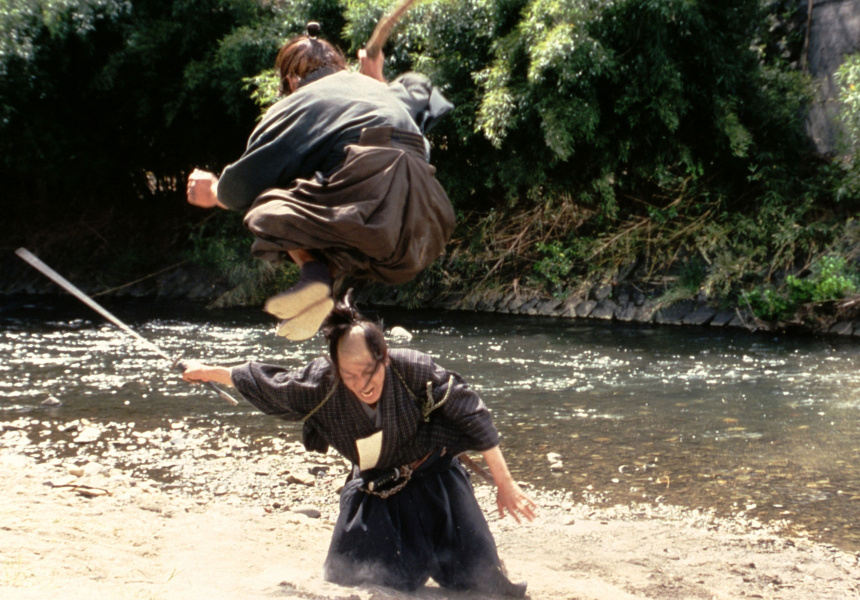 “Choose the sword, and you will join me. Choose the ball and you join your mother, in death. You don’t understand my words, but you must choose. Come boy, choose life or death … ”

The speech that masterless samurai (Ronin) Ogami Itto gives to his infant son upon learning the Shogun has sent men to kill him embodies everything great about samurai cinema. On one hand, the virtues of an unwavering code of conduct, honour, truth and loyalty. On the other, a bad-ass dude who’s willing to sacrifice his infant son for wanting to play with a ball.

Samurais are, without fail, bad-ass dudes. And they do bad-ass things. But bad-ass alone doesn’t carry a film. The central element of all samurai cinema is that it embraces the Japanese concept of Bushido, which is, loosely, the way of the educated warrior. Bushido is generally broken down into seven facets: rectitude, courage, benevolence, politeness, truthfulness, honour and loyalty. The genre has a resonance and universality about it that has created some of the best films of all time and has firmly cemented itself within the canon. Of course, that doesn’t mean samurai cinema can’t just be guys with swords, heaps of action and an epic fight between goodies and baddies.

In celebration of the awesomeness of Samurai movies, ACMI is running Samurai Cinema: The Way of the Warrior from Friday May 16 to Sunday June 1. The program features 12 films, broken down into three “chapters”: courage, honour and honesty.

Cultural value and bad-ass sword fighting aside, Samurai movies (especially those of director Akira Kurosawa) have been incredibly influential, shaping the western cinema we know today. Most people have probably heard that Star Wars is a pretty shameless rip off of Kurosawa’s The Hidden Fortress, which tells the story of a few plucky rebels who help an exiled princess fight against an evil empire and eventually infiltrate the hidden fortress. But not many can say they’ve seen the original film on the big screen in all its glory.

Kurosawa’s Rashomon, which was the first film to depict the same story four times through the eyes of four different characters, directly inspired films such as Go and Run Lola Run. And Sergio Leone’s Fistful of Dollars is not only a near shot-for-shot remake of Kurosawa’s Yojimbo (which set the archetype of the ‘servant with two masters’ narrative), but when he received a letter from Kurosawa himself that said:

“Signore Leone. I have just had the chance to see your film. It is a very fine film, but it is my film … you must pay me,”

Leone, oblivious to the fact he was being sued, was so happy that Kurosawa had praised his film (which, incidentally, launched his and Clint Eastwood’s careers) that he carried the letter around with him for weeks, showing everyone.

Seven Samurai, which always features in discussions about the best films ever made, was remade directly as The Magnificent Seven (starring Yul Brynner, Steve McQueen, Charles Bronson and James Coburn) and the story of a small group of warriors who band together to protect a village is one that has been retold more times than we could list. In fact, Takashi Miike’s 2009 film, 13 Assassins (which is also screening) references this classic narrative.

It’s so common for old samurai movies to be remade as western genre films that the ACMI program even features a western that embodies the samurai spirit, Shane, directed by George Stevens and starring Alan Ladd.

There are two more films that channel the samurai spirit; Jim Jarmusch’s Ghost Dog, an art-house film that tells the story of an African American hip-hop-loving samurai who goes to war with the mafia. And Henri-Georges Clouzot’s The Wages of Fear (which was remade twice in Hollywood), a tense drama about four French ronin (hired guns) who drive two large trucks filled with nitro-glycerine across South America to extinguish an oil fire. But no samurai program is complete without good-old-fashioned, violent splatter-fests Lone Wolf and Cub and Lady Snowblood. The outrageous revenge films are being presented as a double feature, just the way that these good-time schlock films which heavily influenced Tarantino’s Kill Bill and even a record by the Wu Tang Clan, should be seen.

Samurai Cinema: The Way of the Warrior runs at ACMI from Friday May 16 to Sunday June 1.