How Pascale Gomes-McNabb Shaped the Look of Melbourne Dining

Combining materiality, playfulness and sophistication, the distinct style of interior designer Pascale Gomes-McNabb has defined the face of Melbourne’s restaurants. 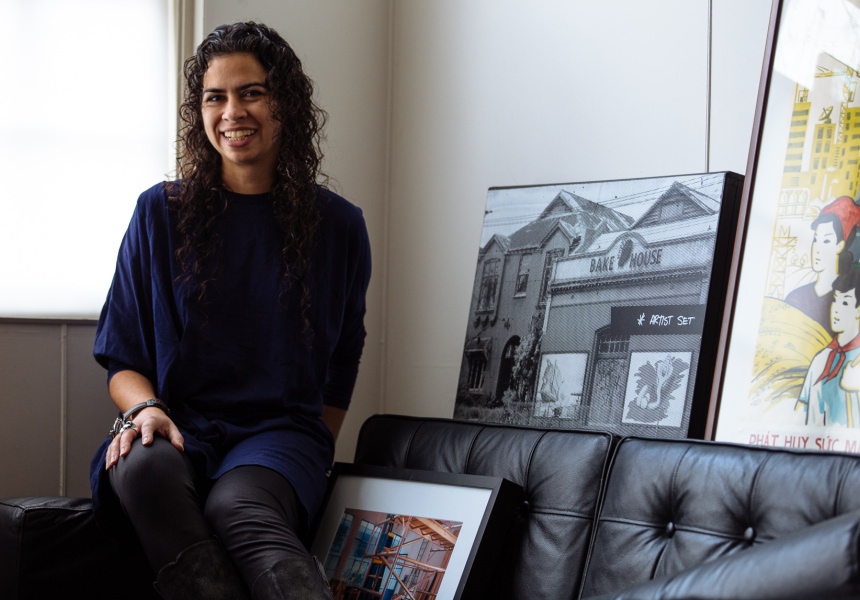 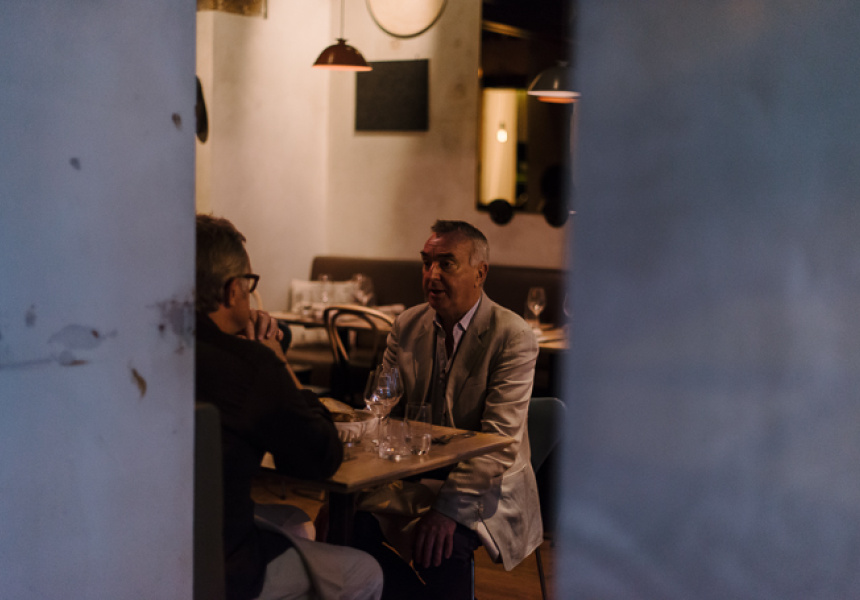 Pascale Gomes-McNabb talks about the restaurant industry with intimacy. It is a part of who she is, like having brown eyes, or being left-handed. Asking what attracted her to hospitality doesn't really work, because for Gomes-McNabb it wasn’t attraction: it just was.

In recent years, Gomes-McNabb has focused on interior design for private clients. Since 2010 she has designed a string of exciting projects, including Sydney’s Bentley Restaurant & Bar, Yellow and Monopole, Penfolds Magill Estate restaurant in South Australia and most recently, Stokehouse City in Melbourne. With unique spaces and engaged clients by her side, Gomes-McNabb has executed dashing creative visions, revealing a sense of style dedicated to craftsmanship, materiality and theatre. This year her work was recognised with national interior design awards for both Penfolds and Yellow.

She no longer works in the restaurants she designs, but Gomes-McNabb’s experience on a restaurant floor will always inform her design decisions. “Having been in restaurants for so long, you just discover what works and what doesn’t," she says. "Even now my operational experience informs how I design other people’s restaurants. Once I obtain a plan I don’t feel compelled to use a certain colour palette or an amazing light fitting, I look at the zoning and the functional layout of the space. I assess the operation as a whole. That, and the brief, inform the way it looks.” The expertise Gomes-McNabb offers goes way beyond design: she seeks to understand the business holistically, interviewing staff and analysing the restaurant’s food service so she can create an interior tailored to them.

Gomes-McNabb’s interiors are dotted with custom designs, from bars, cabinets, tables and chairs, to lights and door handles. “I never find the things I want, so why not employ the craftspeople out there to make them?” she asks. Looking at a photograph of the Penfolds interior, Gomes-McNabb points out that, “Everything here is custom designed, except for the Featherston chair.” The image includes a grey banquette, spidery bronze table and a mobile light dangling with glass spheres. Gomes-McNabb explains that each bespoke element at Penfolds was made with Australian materials and craftspeople.

Gomes-McNabb refers to her “metalwork guy” and “glass guy”, explaining, “I like to create good working relationships with like-minded people.” She points out tailored pieces she is fond of in Cumulus Up, including a figure-eight marble table, bar shelves that flick up like a heartbeat monitor, and jagged backlit mirrors. Gomes-McNabb reveals a neon ice bucket from Cumulus Up, which is the same shape as the mirrors. Every detail has been carefully considered, each element coming together to form a balanced composition.

Gomes-McNabb recently completed work on Stokehouse City, a replacement for St Kilda’s beachside Stokehouse after it was damaged in a fire in January this year. Stokehouse City’s location is a grand city building in Alfred Place, which previously housed Comme and the legendary Mietta’s. “The project was about reworking the space and reusing where possible,” Gomes-McNabb says. For example, Comme’s chandeliers were updated for Stokehouse City, hitting nautical notes with rope netting covering them. “It was an interesting challenge. Having worked on Stokehouse in St Kilda four years ago, I wanted to bring those ideas into the city project. I used beachside colours. There are canvas boxes to evoke bathing boxes and sails. But that space is grand, so I wanted to bring out the opulence, as well. It became a complex mix of elements.”

Gomes-McNabb’s knowledge of the dining industry has been built with time and experience. She speaks of Melbourne restaurants like old friends, recalling Friday nights at Mietta’s with her parents and lamenting great spots that didn’t stand the test of time. After years of dining, she falls back on quality food and spaces with character when choosing a restaurant, naming Gertrude St Enoteca and Abla’s as two of her favourites. “I think today it’s not so much about fine dining. People want theatre in a restaurant – you go to be entertained. It’s about looking at people, interaction and being in the community.”