He’s transforming Lobby Bar at The Calile with a French, Colombian and Middle Eastern inspired menu – plus a rooftop garden and beehive. 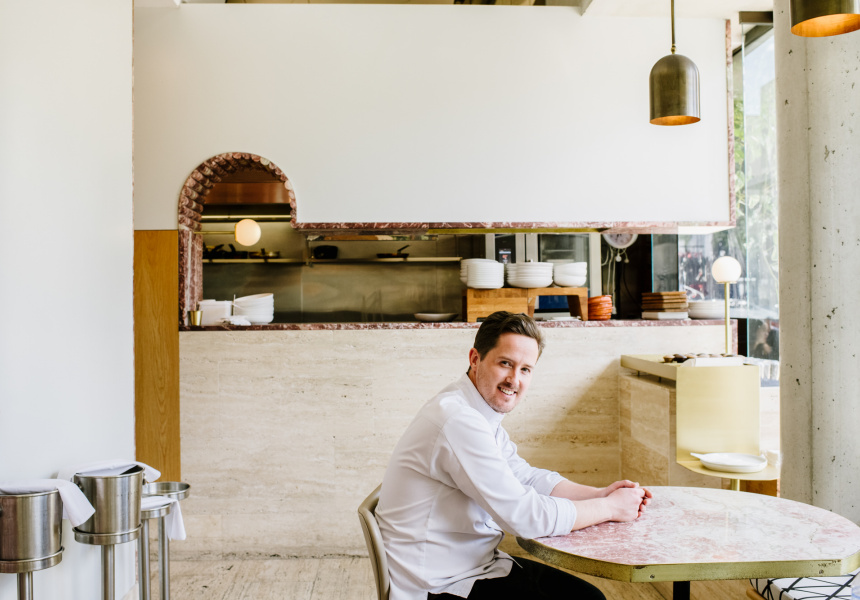 Three months ago, you wouldn’t have found Andrew Gunn in his chef’s whites. Instead, he was working as a delivery driver for Suncoast Fresh.

Shipping fruit and veg for one of Southeast Queensland’s big commercial fruit and vegetable services might seem like a sideways move for Gunn, who mastered his cooking working in a series of celebrated Parisian restaurants. But it was a much needed circuit breaker after two and a half years spent as executive chef at The Euro and its iconic fine-dining sister venue Urbane. Both restaurants closed with an enormous flourish at the end of December.

“There was so much going on at those restaurants,” Gunn says. “A lot of functions. There was Urbane, The Euro, Sub Urbane, The Laneway. There were big wine dinners, out-catering to Eagle Street.

“It was so busy in the last couple of months. Urbane was open Tuesday to Saturday, The Euro was full for lunch and dinner. And we couldn’t hire anyone because we were closing. When [Suncoast director] Graeme [Twine] called, I was done. I needed a break.”

So Gunn worked as a “shit kicker”, sweeping floors and helping around the Suncoast warehouse before becoming an account manager. When Covid-19 hit, he was delivering fruit and veg boxes around town, often with his wife Amelie Gunn (former head chef at Urbane and The Euro) riding shotgun.

The time behind the wheel allowed Gunn to think about his next move. Prior to Urbane and The Euro, he spent six years in Paris working at a succession of Michelin-starred restaurants, including Les Ambassadeurs at Hôtel de Crillon, Restaurant Le Taillevent under chef Alain Solivérès, and the iconic three-Michelin-starred Le Cinq at Four Seasons Hotel George V under chef Christian Le Squer. Now, though, he decided he was finished with fine dining – he wanted to cook simple food, done well.

That’s when The Calile co-owner Michael Malouf approached Gunn about helping reinvent the hotel’s Lobby Bar restaurant. The Malouf family had used The Calile’s coronavirus-enforced shutdown to reboot Lobby Bar, splitting it off from the hotel’s function and in-room dining responsibilities.

“They wanted a food destination and a different concept,” Gunn says. “They wanted light dishes that aren’t over the top. It’s for people shopping on James Street – fast, easy, fresh and uncomplicated.

“It was nice to be recognised and it was time to step back from fine dining. I’m done trying to get awards. I just want to do good work.”

Gunn started at Lobby Bar in late June and quickly got to work. The restaurant’s food is now split into breakfast, lunch and dinner. Each menu is relatively short and approachable, with French, Middle Eastern and Colombian influences matched to Gunn’s keen eye for local produce.

Breakfast features a croque monsieur, shakshuka finished with a house-made kasundi, and arepa (a traditional Colombian flatbread snack) served with avocado, cheese, lime and coriander. Lunch is similarly straightforward with dishes such as confit duck baguette, a buckwheat risotto, a pork cotoletta, and ajiaco (chicken soup with potato and fresh corn). Dinner switches the focus to smaller meals designed to be shared: you might mix and match plates of fish tacos, baby squid stuffed with chorizo, scallop ceviche, and a mini ramen built atop a Brisbane Valley quail broth and finished with a quail egg.

For drinks, there’s coffee by Fortitude Coffee Roasters, kombucha and cold-pressed juices. In the afternoon, the venue’s extensive wine list takes over, backed by tap beers and a neat range of original cocktails.

Going forward, the menu will change seasonally and Gunn has been given licence to create a rooftop garden and beehive.

“I’m more relaxed and I’m enjoying cooking more,” he says. “It’s not so highly strung, it’s nice and there’s great support. Everyone’s so stoked to have us there.” 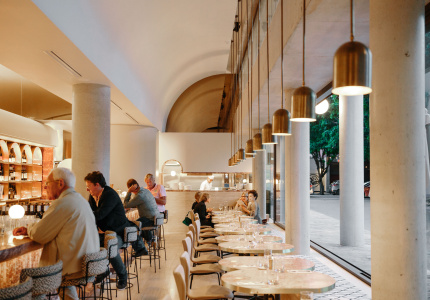 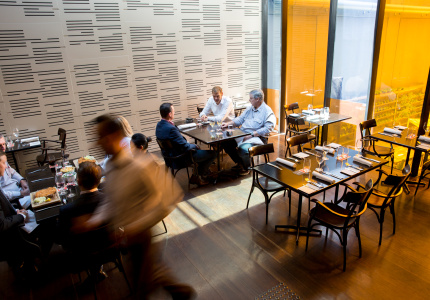 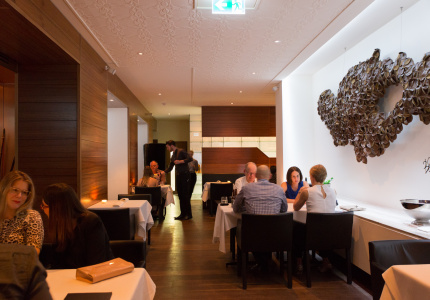