Another reason to head for the Hills. 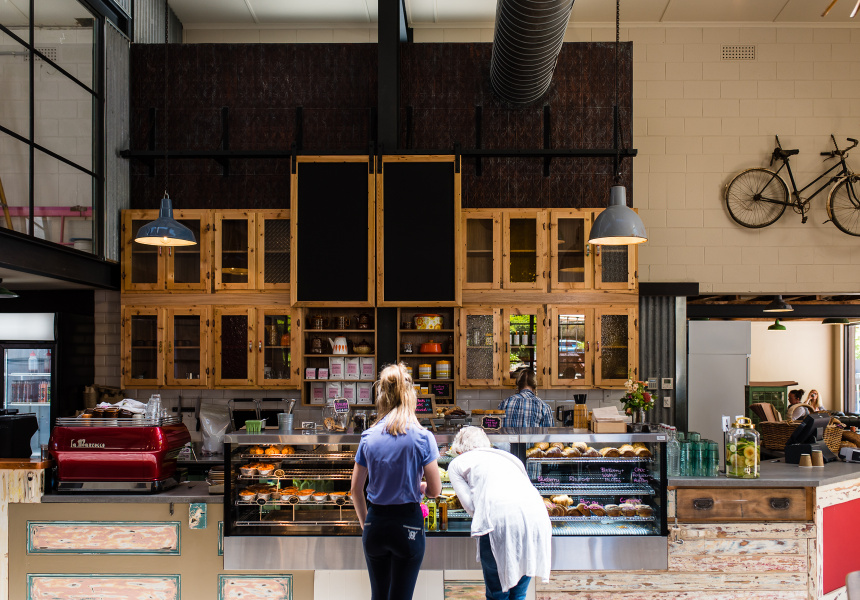 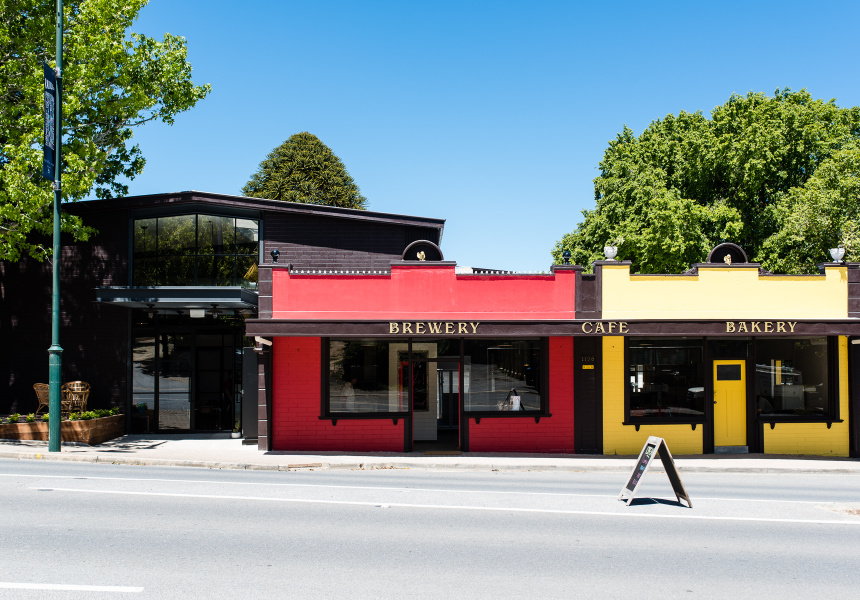 Last month we caught up with Julie Peter, a self-confessed second-hand-shop trawler who owns The Uraidla Hotel. The meeting was amid the construction of a brewery, bakery and cafe.

Pulling up a vinyl-topped seat at the now-open bakery and cafe – named The Uraidla Republic – talk quickly returns to antiquing. “I’d rather repurpose and give old things new life,” she says. She points to her latest find: a ’70s-made Scandinavian coffee table.

“I always knew it was cavernous,” she says of the former squash centre. “I still want to cosy up some areas.” A retro, orange-and-yellow nook is a ’60s time capsule. Wallpaper and era-appropriate couch included. Above the counter a few strung-together antique chairs hang from the ceiling.

Head baker James Katsarelias (Nettle & Knead) has hit the ground running. His two-man team will soon become three: a delivery driver will manage what’s shaping up to be a mammoth wholesale operation.

The mixer and oven capacity is double compared with his previous kitchen. “It’s not easy or cheap to take it to this level,” he says. Each competitor has its specialty – be it bread, pastries or pies. “We’re doing all three.”

Bread-wise, sourdough is the focus. The day’s offerings are sprawled on the counter.

As you’d expect, the cafe fare is bakery-driven: pies, pasties and sausage rolls, plus thick-cut sandwiches and toasties. A pub meal couldn’t be closer, if you’re that way inclined.

“I’m more of a tea-drinker,” Peter tells us while nursing a cup of Scullery Made Tea hand-blended in the Barossa. A friend from Stirling Cellars & Patisserie put her onto the cafe’s coffee supplier Two Fish. Whatever your preference, it comes in crockery salvaged from across the city. A pint-sized wine shop will soon occupy one of the cafe’s corners.

The tradies’ attention has turned to the brewery. All things going to plan, it’ll be up and running next month. 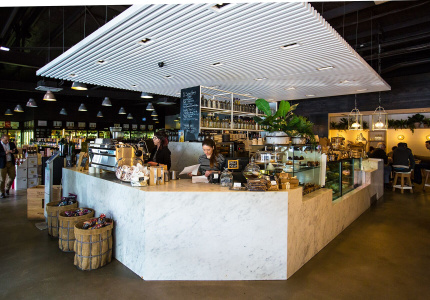 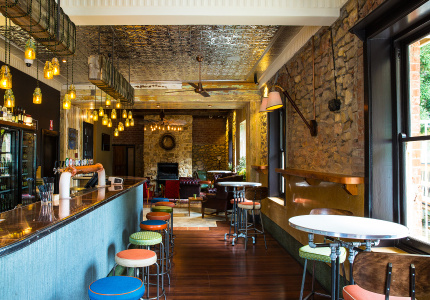