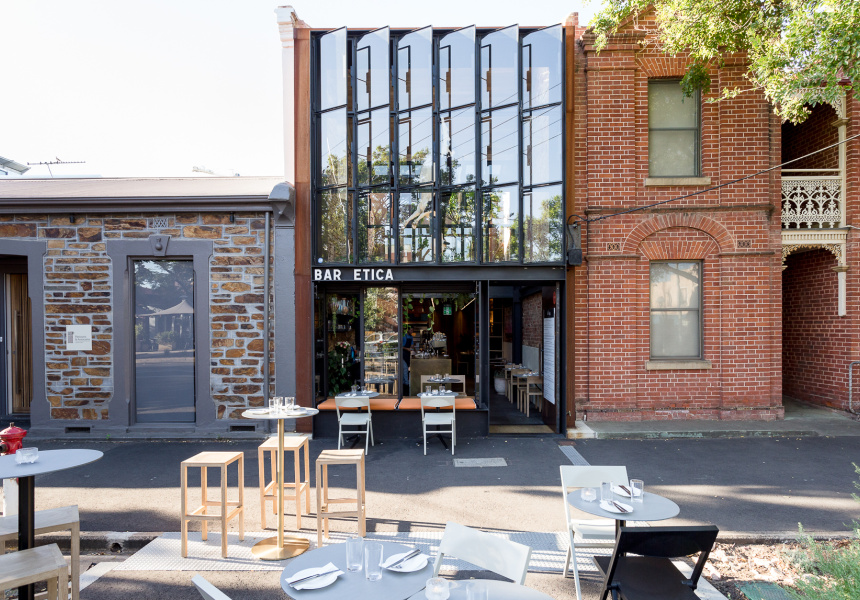 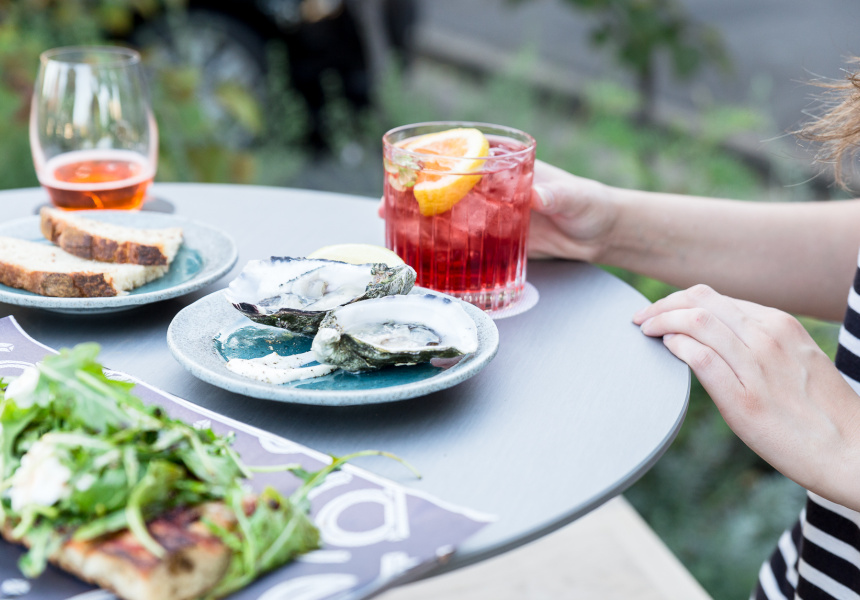 Etica: Pizza al Taglio made plenty of noise when it opened last year. But last month, owners Federico and Melissa Pisanelli quietly flipped the seven-month-old diner on its head with a new name and approach.

The newly christened Bar Etica is a spuntino (or "snack") bar, says Federico. But it’s a little more sophisticated than that description would have you believe.

“Our goal is for the two spaces to complement each other and co-exist in the customer’s Etica experience, as though one is an extension of the other – one street apart.”

The pizza cabinet that once sat pride of place is gone, exposing an industrial-style gold steel bar top that keeps with the “slaughterhouse cross glasshouse” brief. The cow remains, suspended above the heads of diners, so there’s no forgetting the origin of what’s on your plate.

Of course, the menu abides by the same philosophies Etica (which translates to ethics) has literally built its name on: animal welfare and ethically sourced ingredients. It’ll evolve based on seasonality and accessibility.

Roman-style pizzas (cooked at a lower temperature over a longer period than their Neapolitan peers) remain; now made to order. The ultra crisp, thick pies are par-baked in a rectangular pan in an electric Moretti oven then crowned with toppings such as nduja (a spicy, spreadable salami), sopressa, buffalo mozzarella and rocket before a final blast in the oven.

They’re now joined by a selection of creative yet approachable share plates such as burrata with lonza (a type of salumi) and green figs; and crumbed olives stuffed with pig tongue, deep fried and served on a smear of spicy habanero mayo.

Pull up a stool out front with a glass of Switch riesling and enjoy some local oysters, served in a pool of gin with a daub of mascarpone. Or settle in with a bottle of Piemonte nebbiolo and some homely Italian cooking in the form of melanzane (eggplant) parmigiana; cannelloni stuffed with pig cheek, fennel and gorzonzola; and a seriously simple but flavour-packed plate of roasted peppers and basil that puts the produce front and centre.

Wipe the remaining drizzles of olive oil with slices of fresh sourdough, baked in-house at Gilles Street, before capping off with a digestivo. If you’re after something harder, an extensive cocktail list includes Spritz, Negroni, Americano and Hanky Panky (made with gin, vermouth and fernet-branca).