A “slaughterhouse cross glasshouse” serving pizza not bound by tradition. 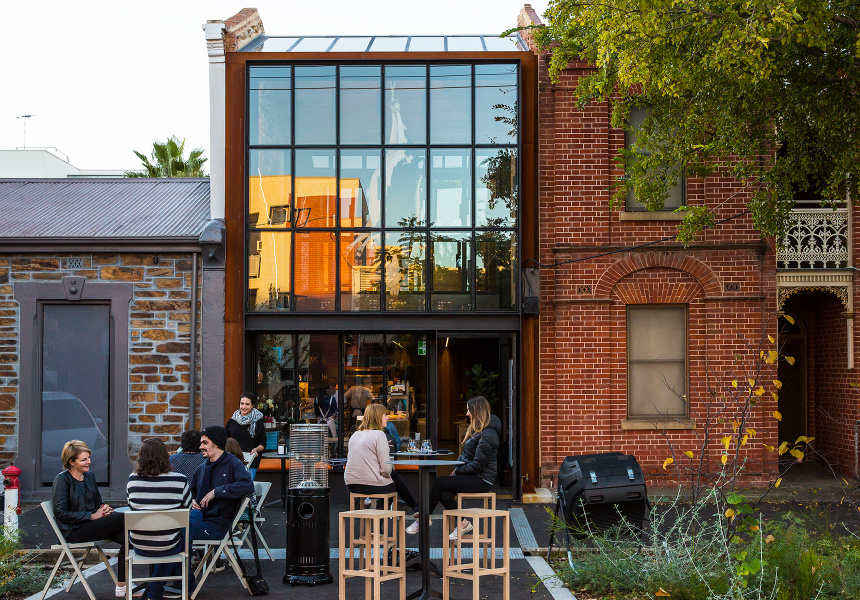 Origin and ethical food has always informed Etica’s Gilles Street location (the name is literally “ethical” in Italian). Now for their second venture, owners Federico and Melissa Pisanelli want you to face these things head on.

“Etica recognises and promotes the need to make an informed choice,” says Melissa. “It’s giving people the knowledge to make their own decision.” The cow, which hangs conspicuously above the small dining area, was specially commissioned from Melbourne Museum taxidermist Dean Smith.

The venue has been designed to emulate an abattoir with glass walls – transparency is the key here. “We wanted the space to resemble a slaughterhouse cross glasshouse,” says Melissa. The glass windows also capitalise on light filtering through from the south-facing facade.

The Pisanellis employed designer (and landlord) James Hayter from Oxigen – whose office is located just four doors down – to transform the late-19th-century building. “It was one of those briefs that was worked up as the building began to reveal itself,” says Hayter. One of those revelations was the original stone walls – a mix of South Australian bluestone and limestone – which had been hidden under plaster. “It was only when we started chipping away that we found stone and the nice brickwork underneath it,” says Hayter. “There was a little bit of exploring what the building and location had to offer.”

Staying true to origin, the team used only South Australian materials, including slate from the Clare Valley and tiles from Kanmantoo. “We tried, wherever we could, to use local materials, local skills and local industry,” says Hayter. “It’s that tie between architecture and food – locally sourced, low miles.”

As expected, the menu at Etica: Pizza al Taglio adheres to the same philosophies as its Gilles Street sibling with an emphasis on animal welfare and organic, local and seasonal ingredients. But rather than follow the principles of pizza Napoletana, Pizza al Taglio will buck tradition and trend to serve creative combinations. “This style allows us to be more creative with toppings,” says Melissa. “We have a desire to contribute to our growing pizza culture, and rather than expand doing the same, we wanted to introduce this [Roman] style.”

Pizza al taglio (which means “by the slice”) has a thicker, crisper base and is baked at a lower temperature over a longer period. The Pisanellis’ pies are cooked in a rectangular pan in an electric Moretti oven imported from Italy. Customers choose the size of their slice – a dangerous level of power for those whose eyes are bigger than their stomach – which is priced according to weight. Toppings will change daily but the goal here is simplicity. You won’t find more than three or four ingredients on top of the dough: think smoked fior di latte, roasted leek and olive tapenade; mixed mushroom with miso mayonnaise and tomato; and smoked kingfish with ginger, orange and whipped ricotta, alongside a more traditional margherita.

Besides pizza, there’s also “pizza panini” for on-the-go lunches; pastries from Abbots & Kinney (made specially for Etica using ethical ingredients); and D’Angelo Coffee pulled through a Slayer espresso machine. A tight beer and wine list is made up of local and Italian small-batch producers. 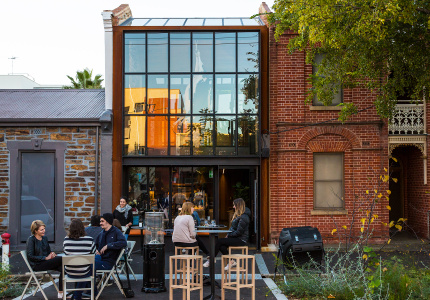