Expect all its greatest hits, including cheesy toasties from Melbourne’s Maker & Monger, bagels from Brooklyn Boy Bagels and outstanding coffee. 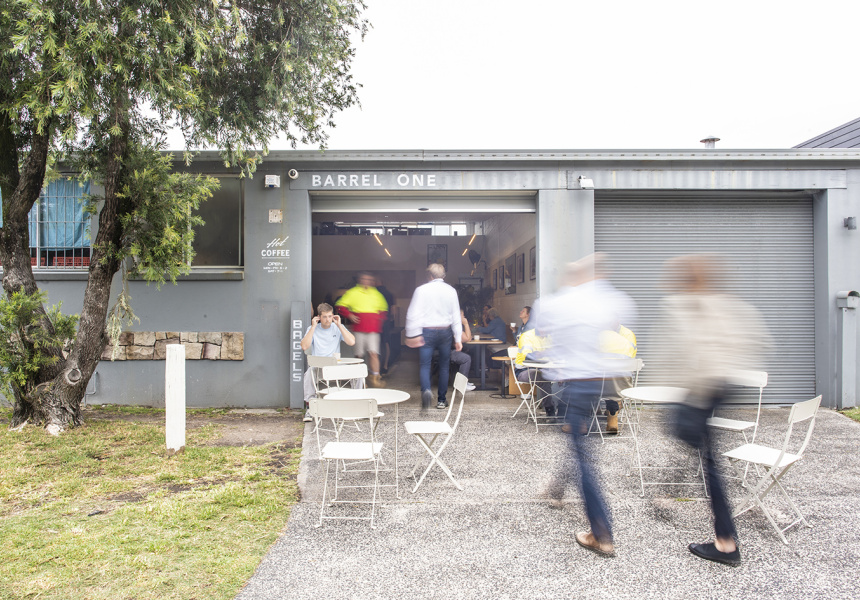 It’s been less than a year since popular northern beaches roaster Barrel One slid up the roller doors at its second cafe, in Manly (the first was in Brookvale). But late last year, owners Daniel Agapiou and Samuel Graham went ahead and opened their third venue. This time around, it’s in the northern beaches suburb of Cromer.

While opening more cafes was always on the cards, the pair didn’t expect it to happen so soon. “We thought we’d sit on the Manly one for at least a year, but the opportunity for this venue just kind of came up,” Agapiou tells Broadsheet.

He adds that it only took about two months from picking up the keys to pull the venue together, and reckons it gets easier after opening a few sites. “After a while you know what you’re doing,” he says.

That’s obvious just by looking at the fit-out. Much like the original Brookvale venue, it’s situated in a refurbed warehouse. And, like its predecessors, the warehouse vibes have been refined, thanks to design work by Taylor Made Studio. There are polished concrete floors, sleek clean lines and a monochrome palette, with furniture by local maker Ben Percy Designs. There’s also a striking long coffee bar that’s home to a shiny burnt-orange La Marzocco coffee machine.

The all-day menu features favourites from both the Brookvale and Manly venues, including a crowd-pleasing range of grilled-cheese sandwiches that have been created in collaboration with renowned cheesemonger Anthony Femia, of Melbourne’s Maker & Monger. Options include the Fondue (Gruyere, double-smoked ham and mustard) and the Pimento (jalapeno cheddar, roasted red peppers and cornichons).

And of course, there’s the coffee. Alongside refreshing, canned cold brews, there’s range of blended and single-origin drops.

Agapiou pins Barrel One’s success so far on being one of the first coffee roasters to open in the northern beaches, but won’t rule out opening in other parts of Sydney. “We’d like to venture over the bridge somewhere for the next one,” he says. 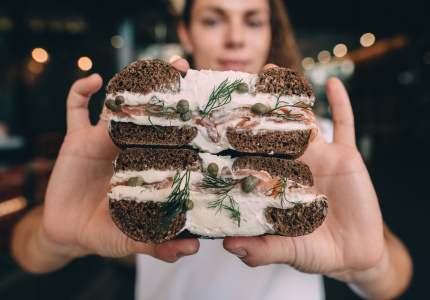