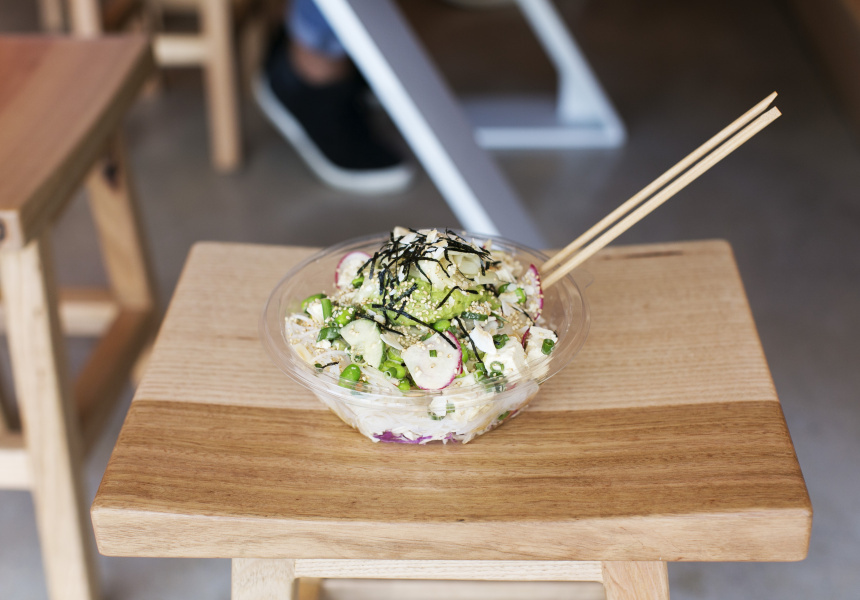 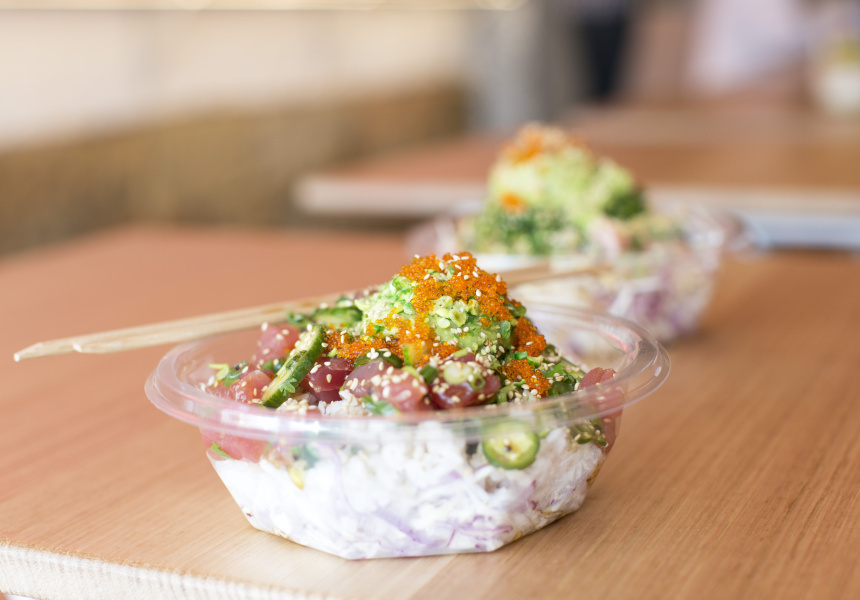 After only seven months in Bondi, Nathan Dalah and Nic Pesto, the co-owners of Fishbowl Sashimi Bar, opened their second shop on Crown Street in Darlinghurst.

The fare is a cross between Hawaiian poke (a century-old fisherman’s lunch of raw fish off-cuts) and a Japanese sashimi salad, offering the happy result of freshly diced, raw-sashimi salads.

The interior by Telegraph Road mimics LA’s beach vibe. While the Bondi store emulates an empty swimming pool, with a tiled roof and concrete-clad walls, the Surry Hills venue is slightly softer. Tasmanian hardwood was used to create the wave roof, tables and stools. Miami-pink tiles act as the bar’s façade, while a pink neon-sign, spelling “sashimi”, decorates an exposed-brick wall.