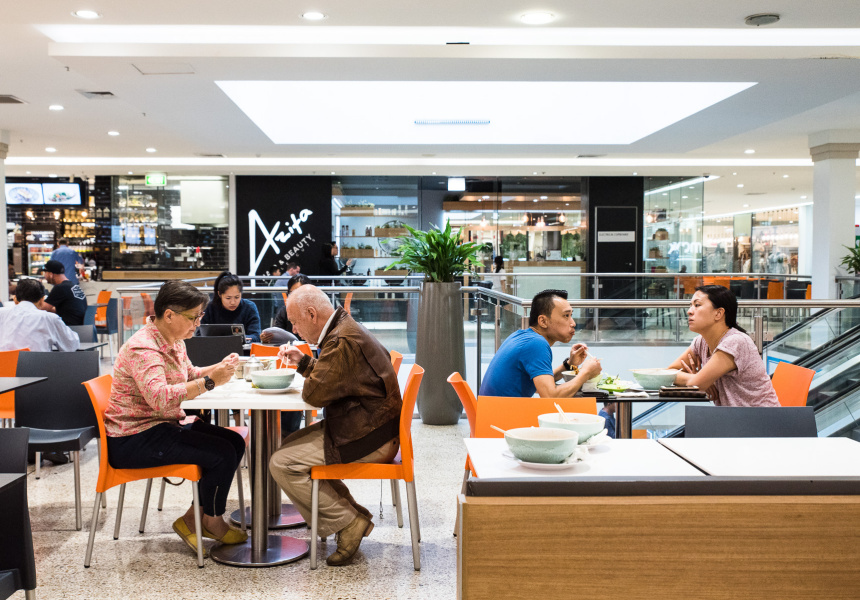 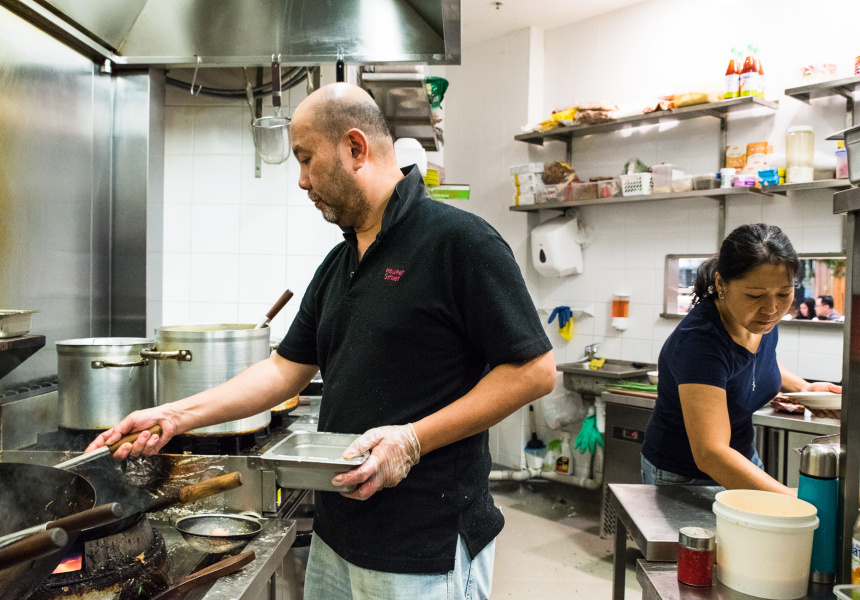 If you want good Vietnamese food, you go to Cabramatta. For Indonesian, it’s Kingsford. For Thai, the CBD. But where do you go for good Malaysian food?

A lot of Sydney’s Malaysian population lives in and around either Campsie, in Sydney’s southwest, or in the northwest suburb of Cherrybrook. The former is decently serviced with Albee’s Kitchen, Penang Hawker and Golden Crown Yummy Express, but around the Cherrybrook area there’s only one serious option: Hawker Street.

Hidden in Castle Mall, the stall specialises in Malaysian street food. Unlike many other Malaysian restaurants in Sydney, it only covers a small selection. Hawker Street’s repertoire is short and sharp, with just the headliners: laksa, chicken rice, rendang, roti and char kway teow.

Chef and owner Nelson Chin’s signature is the char kway teow, a shrimp-y, soy-doused stir-fired flat noodle dish famed for being as inexpensive as it is unhealthy. Recent efforts to improve its nutritional reputation has seen the vegetable oil replace pork lard as a key ingredient, but Chin is one of the few local chefs to cook the smoky noodles how they were intended.

Chin has the same philosophy with everything he makes. His har mee (a rich but thin prawn-based noodle soup) is made from frying a bucket-load of prawn heads over extreme heat) and his char hor fun (wide rice noodles mixed in a thick egg-y gravy) is bravely gluggy – a texture that doesn’t seem to garner much positive feedback outside of Asia – for a restaurant that serves 30–40 per cent non-Malaysians.

His courage, or stubbornness, in keeping it traditional can be explained by his family history. Both Chin’s parents were hawker stall owners and most of his non-school days were spent on the streets surrounded by the same food he makes now.