This satisfying recipe from The Broadsheet Italian Cookbook is a sure winner for any dinner party – it’s vegetarian, gluten-free and totally delicious. 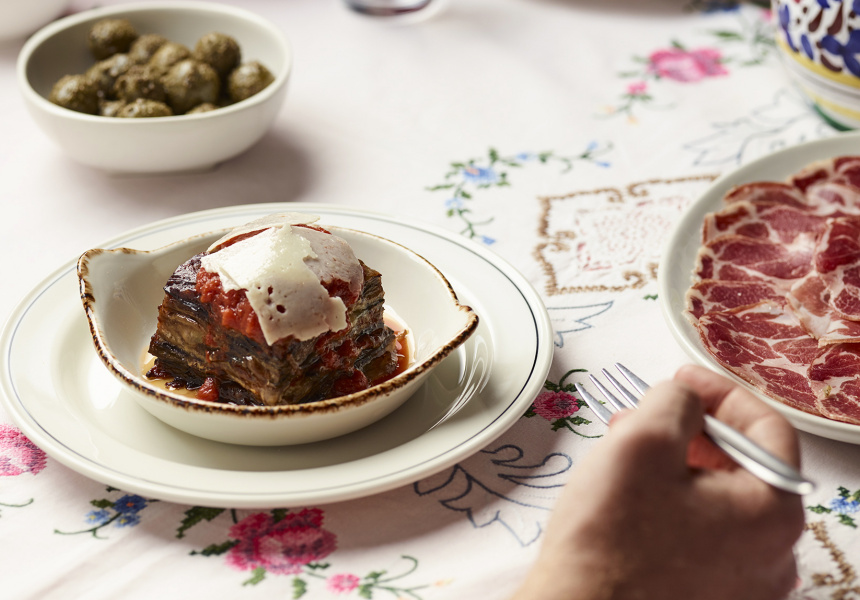 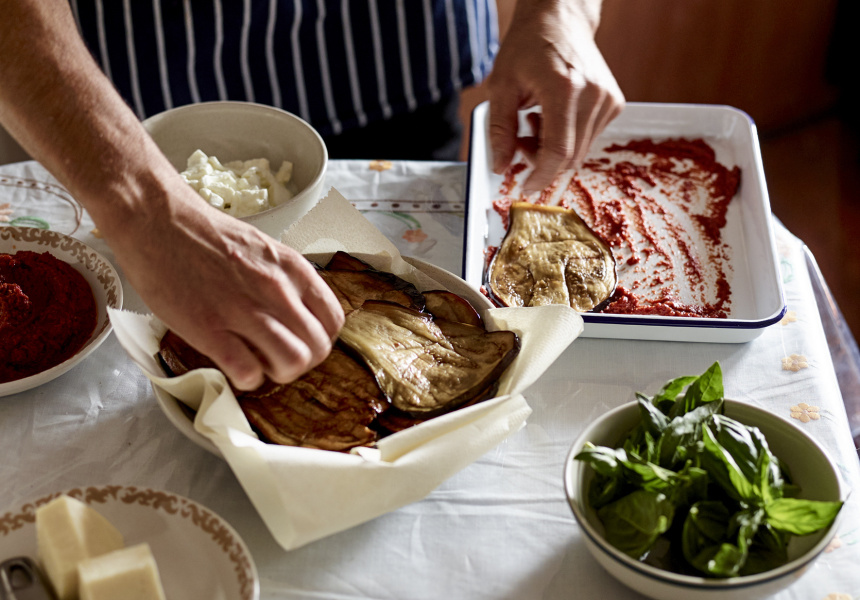 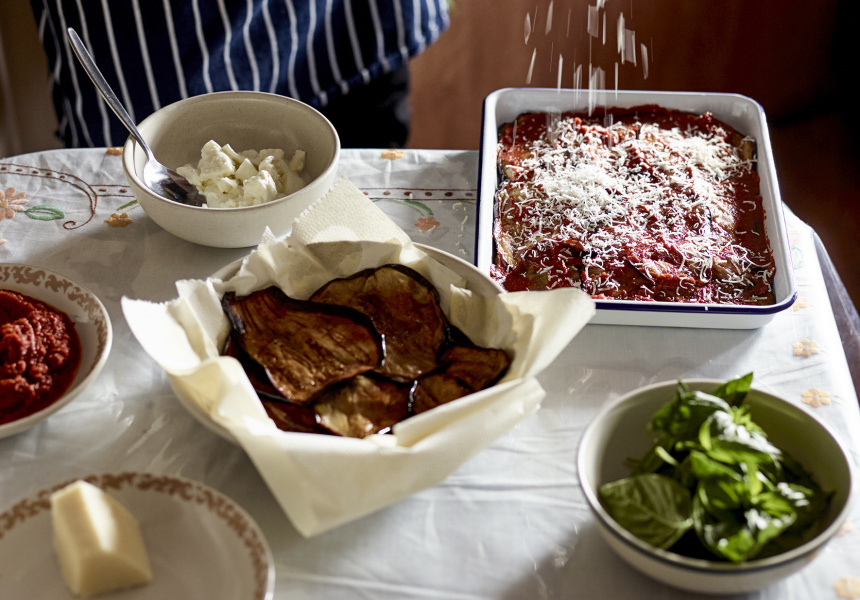 “Parmigiana, which we’ve turned into a chicken, tomato sauce, cheese thingy – this is actually the original,” says Alfredo La Spina, chef and co-owner of Melbourne’s Bar Idda. “In Sicilian dialect ‘eggplant’ is mulinciani. Eggplant is melanzane [in standard Italian], so it comes from that, I suppose.”

This dish was handed down from La Spina’s fraternal grandmother. It’s been on the menu at his snug restaurant for close to a decade now. “She would make one of these every Sunday for all the families,” he says. “And we’ve got five aunties and uncles, so she had to make six trays of it. It was up to someone in each family to drop over to her house and pick it up.”

Slice the eggplants lengthways, about half cm thick, and lay out on a tray. Salt each layer to release moisture from the eggplant. Leave for 1 hour.

Pat the slices dry with paper towel. Heat a medium-sized frypan half full of olive oil. Fry the eggplant slices in batches until almost golden brown. This takes time because the eggplant soaks up a lot of oil. Keep adding oil to the pan as needed. Drain each batch of eggplant on paper towel.

When all the eggplant is cooked, use it to cover the bottom of a 25cm x 35cm baking pan, overlapping each slice a touch. Sprinkle some buffalo mozzarella and basil on top. Next, spread some passata on top with a tablespoon, and finish with some grated pecorino.

Repeat this order until the dish is full to the very top. The layers will sink slightly while baking. Put some extra pecorino on top for presentation and taste. Cover with a lid or foil.

Bake for about 30–45 minutes, until a skewer stuck in the middle of the mulinciani comes out hot. Stand until warm and serve with crusty bread.