Australia Has the Oldest and Most Nutritious Foods on Earth

So why aren't we eating them? 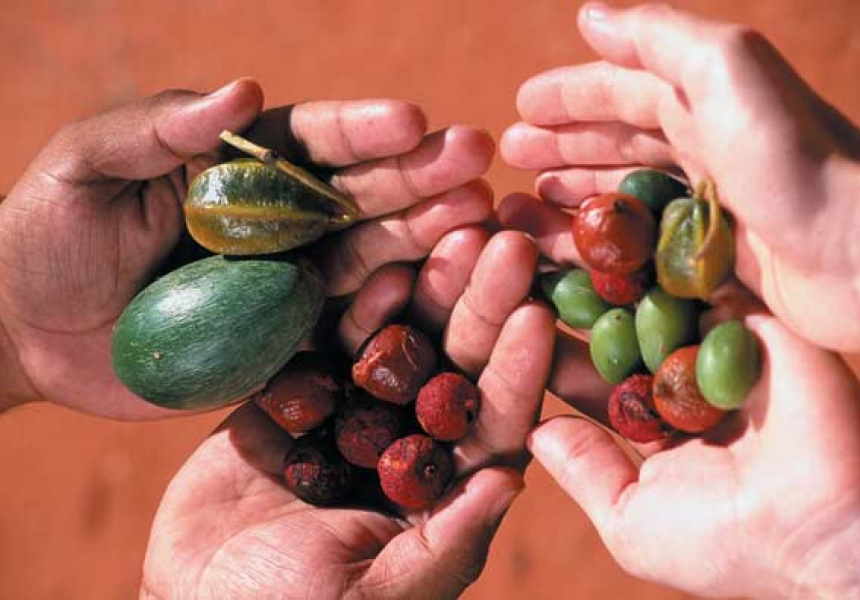 Davidson plums and others 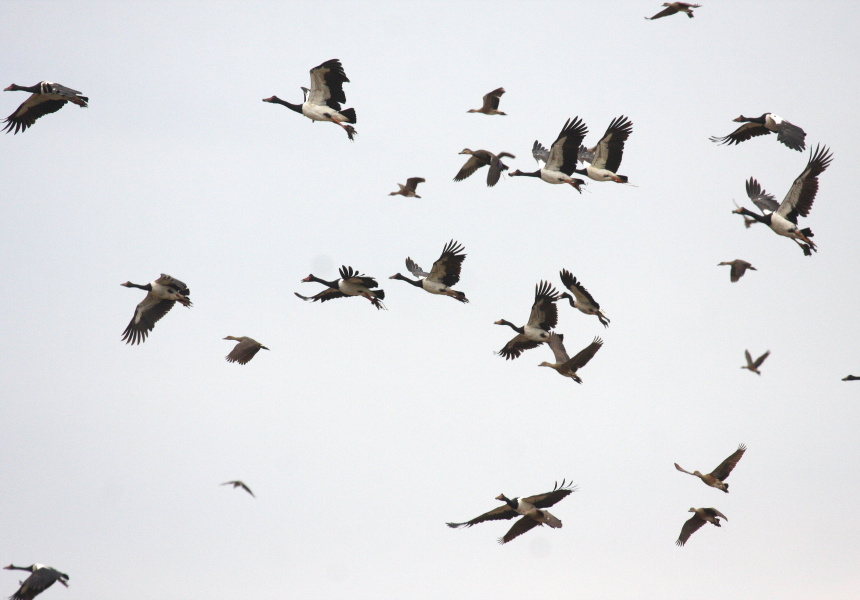 In 1993, John Newton was eating at Oasis Seros in Sydney. It was a fancy, exclusive restaurant, open from 1987–4, that served an extravagant blend of French and Asian food, and Newton was reviewing it for the Good Food Guide. To his surprise there was kangaroo on the menu. He was interested and he ordered it. “I've never forgotten it,” he says. It was the first time Newton had considered Australia’s native foods. He was amazed and astounded. “Why don’t we eat this stuff?” he wondered.

Newton has spent the past few years researching exactly that. The product of his exploration is the Oldest Foods on Earth, a book of recipes, stories and ideas chronicling and examining the history of Australian native foods. “This is a book about Australian food. Not the food that European Australians cooked from the ingredients they brought with them, but the unique flora and fauna that nourished the Aboriginal peoples of this land for more than 50,000 years,” he writes.

Before the British invaded, Aboriginal Australians were thriving on a vast diet of more than 6000 plants, grains and meats. There is a native strain of rice; grass seeds used for bread and native birds with meat comparable to the best poultry in our restaurants. Yet in those same restaurants we have an insignificant sample of our country’s produce, just a few garnishes or maybe a kangaroo tail. Our supermarkets barely stock a single Indigenous spice, herb or dried fruit, let alone anything fresh. “There are about 30 varieties of Kakadu plum trees,” Newton says. “How many have we tried? Hardly any. There's so much still to be explored.”

One thing relatively unexplored outside a small group of scientists is the inherent nutritional value of native produce. One chapter of the book describes how analysis of just one variety of the Kakadu plum has 50 times more vitamin C than an orange, and is the highest naturally occurring source of antioxidants on Earth. The scientists behind the study argue that the nutritional value of our plants is exceptionally high because of their need to deal with extreme stress. “The elevated level of compounds in the plants help plant cells survive,” says CSIRO and RIRDC scientist, Izabela Konczak.

This produce not only sustained Australia’s first peoples but formed part of their life and culture. It wasn’t simply nomadically picked, it was cared for and controlled. Newton writes that pre-colonial Aboriginal communities reared possums, emus and cassowaries; penned young pelican chicks; they used fishing nets, duck traps and terraced farming. “The entire country was carefully and thoroughly farmed in a manner that left the land and its bounty in balance and abundance.”

Until colonisation. “By bringing our own food and farming, which were totally unsuitable for the country, we obliterated the mercantile and nutritional life of the Indigenous community. We wiped it out.” Newton writes that food was an essential part of Aboriginal life. Without the land to source it, its nutritional value, and the cultural meaning behind its harvesting and procurement, the Aboriginal way of life was forcefully degraded.

Newton claims one of the most important parts of his book is the account of food rationing. Among the countless crimes against Aboriginal people this was one of the most subtle but significant. The book quotes historian and sociologist Tim Rowse who says, “From the 1980s rationing began to replace violence as a mode of government.” Although the rations were meagre, it was an easy source of food and brought Aboriginal communities away from their land and into the settlements. The degradation of Aboriginal culture and diet, combined with the colonial disregard and distaste for Australia’s produce, led to a history of illiteracy and ignorance regarding native foods.

Newton uses the term “food racism” and writes that even as late as the 1990s, pioneering restaurateurs using native foods had to battle against horrific racism and prejudice. Jennice Kersh, from the famous restaurant Edna’s Table (open from 1981–2005), is quoted as saying, “People would stop me in the street and say: ‘Jennice, I used to love your restaurant, but you’re doing that bush tucker. I’m sorry’, she says. “The resistance and the judgement on what we were doing absolutely blew us away,” she says. “We couldn’t believe it. What must if feel like to be Aboriginal?”

There is change happening, Newton writes. As the book’s many recipes suggest (from names such as Peter Gilmore, Beau Clugston and Kylie Kwong), some of our best chefs have embraced native produce. Farmers have begun reliable production and interest is growing. “There isn't that deep-seated hatred anymore. Things like [movies] Sapphires and Bran Nue Dae, and TV like Black Comedy and Redfern Now have helped. We are reconciling ourselves to who these people are and what their place in society is now,” Newton says.

The book ends with a suggestion. Next Australia Day, instead of raising Captain Phillip’s flag, let’s share a meal using the produce of our country, and give thanks to the people and the ground that care for it. “Culinary reconciliation”, Newton calls it.

The Oldest Foods on Earth, a History of Australian Native Foods is available now in bookstores and online.