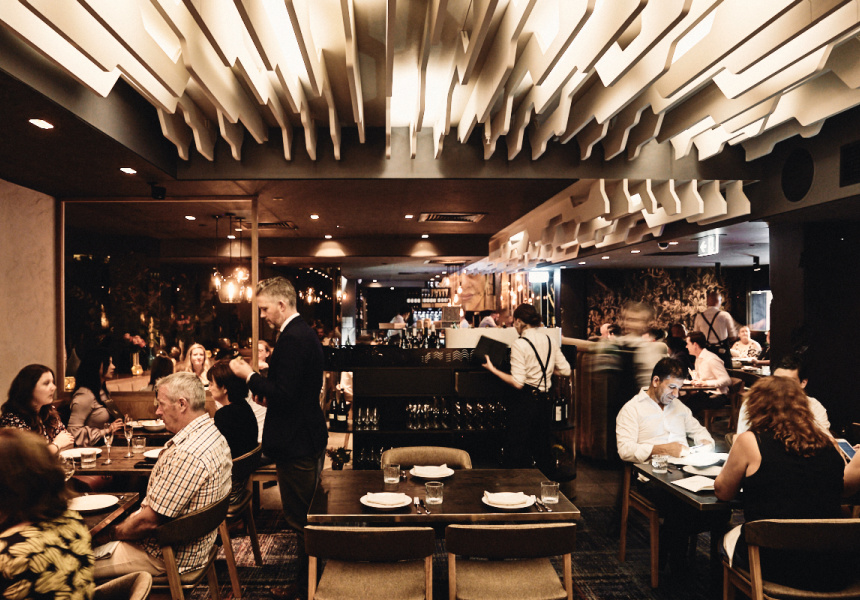 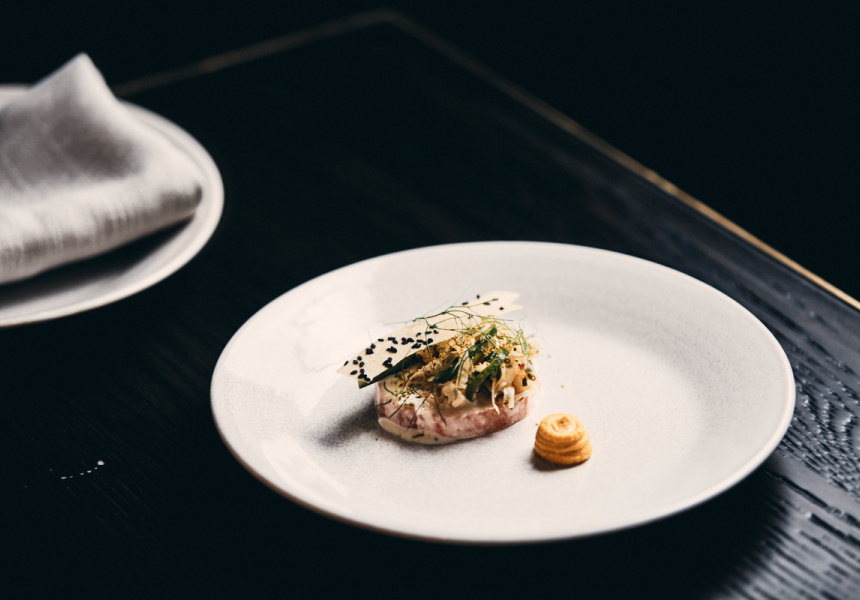 Maha’s owner/chef Shane Delia (Biggie Smalls) is these days best known as the star of SBS cooking show Spice Journey and for occasional appearances on Masterchef. But before all this, the smiling Maltese-Australian was earning his stripes in haute cuisine at the Sofitel’s Le Restaurant, among other places.

That experience shows. The flavours and textures at Maha are familiar, but they’re assembled with more finesse than you’ll be used to. The kitchen spins chickpeas, tahini, nuts, saffron, preserved lemon and other Middle Eastern staples into dishes that are balanced and pretty without being overly fussy.

Dinner is two, four, five or six set courses. Depending on your perspective, this is either a blessing or a curse. We like it – your table only has one decision to make, then you can get on with enjoying each others’ company.

All but one set menu is anchored by the must-have 12-hour lamb shoulder dressed with harissa and smashed pickled radish. Other highlights include Turkish delight doughnuts; heirloom zucchini with yoghurt; and a simple salad of cos, kohlrabi, haloumi and mint.

The wine list also does some choosing for you, though in a different way. There’s some choice around the $40 mark and plenty around $150, but very little in between. If you’re not quite sure what you’re doing, beer or house cocktails might be a better route.

A 2018 refit saw the space darkened. Every furnishing is upholstered in dark tones, and tabletops are finished in jet-black. Maha is confidently opulent.