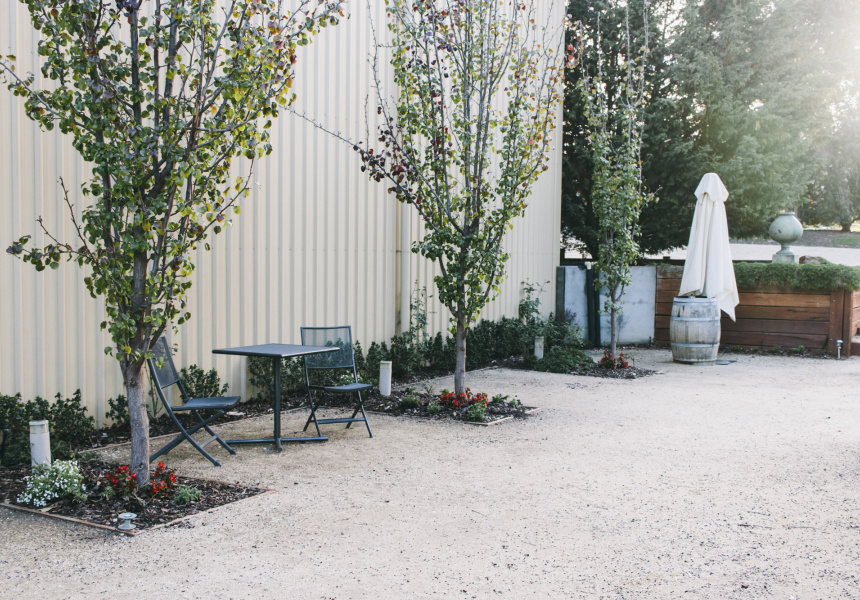 The Hunter family, owners of Sanguine Estate, used to holiday at nearby Lake Eppalock. After falling in love with the area, they bought this property in 1997, planting grapes and olive across 16 acres.

Parents Tony and Linda gifted their children, Mark and Jodi, their own rows at a young age. Clever – the responsibility hooked the pair, who now act as chief winemaker and CEO respectively. The three families have expanded the property to 55 acres, including 50 acres of shiraz, and fives acres affectionately coined the “fruit salad block” as it features a mix of red and white varietals.

The winery was built in 2004, and the cellar door added in 2014. While French-style shiraz is a focus, Mark experiments with Spanish varietals such grenache and albariño to see how they’ll take in the Heathcote’s red soils. Sanguine employs old-world methods such as hand-harvesting and natural ferments, with its grapes grown using organic practices, fertilised with organic matter, manure and seaweed.

The winery’s carefully considered techniques are obviously paying off. Its 2013 D’Orsa Reserve Shiraz won eighth-best shiraz in the world at the Mainfreight Winestate World’s Greatest Shiraz Challenge in 2015.

The estate hosts a music festival each February, with chamber music, wine and local food.