Produced by Broadsheet in partnership
with Crown Melbourne.

Laksa Secrets from a Master Chef

A spicy curry laksa is one of the ultimate comfort foods. But what separates a good one from great? We asked the man behind Thai venue Long Chim, David Thompson, to give us the lowdown. 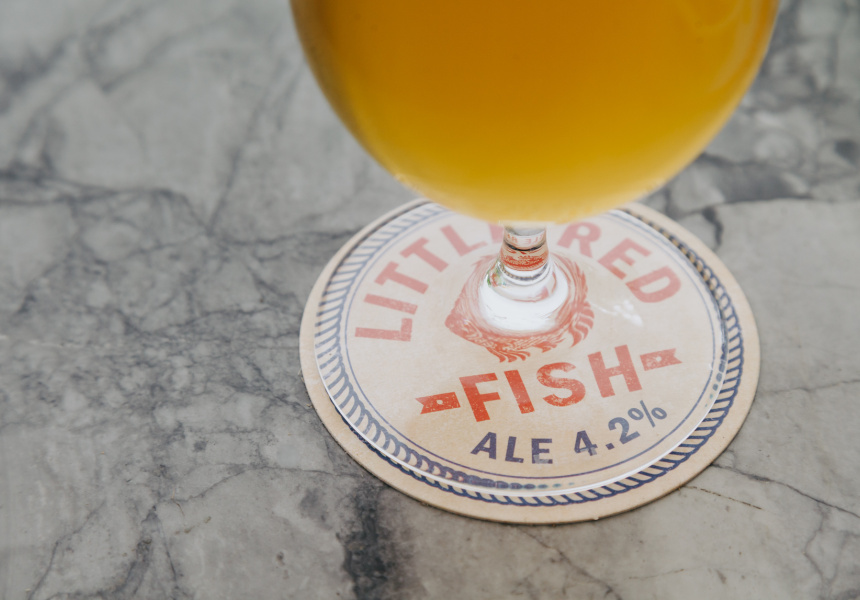 David Thompson is an internationally acclaimed master of Thai food. The chef behind award-winning restaurant Nahm in Bangkok, and the highly respected Long Chim restaurants in Melbourne, Sydney, Perth and Singapore, Thompson has received global recognition for his skills, including a lifetime achievement award at Asia’s 50 Best Restaurants 2016.

Thompson says food plays a fundamental role in Thai culture, to the point where it’s considered a creative institution. “I know of few other cultures where food plays such an important role in all aspects of living,” he says. One of those fundamentals is laksa – a spicy curry noodle soup most often using coconut milk as a base. With so many permutations, we asked Thompson what differentiates a good laksa from great.

Noodles first
The most essential ingredient to laksa is the thin rice noodles. “The laksa itself refers to the noodles rather than the garnish or the soup that accompanies it, so the noodles have to be good quality,” says Thompson. “In each region of Malaysia and in Southern Thailand, it’s first laksa, then they’ll say where it’s from. That will then give you the style of soup poured on those noodles.”

Curry and spice
Long Chim makes laksa the “Bangkok-ian way,” says Thompson. It begins with a good red curry paste. “It’s a nod to the south where they use more cumin and cardamom,” he says. “Typical southern and Malay spices.”

The next ingredient is coconut cream – something the team at Long Chim take incredibly seriously. The restaurant has a dedicated “coconut room”, where staff spend eight hours a day peeling, soaking, pressing and shredding coconut in an authentic Thai coconut press to make the cream. From there it’s simmered and mixed with red curry paste until there’s separation.

“We season it with some fish sauce and a little bit of sugar, then we add water, some pandanus leaves, and let it simmer with spices and more coconut cream until it’s cooked out,” says Thompson. The secret here? Don’t let it sit for too long. “It shouldn’t be too dense or too thick,” he says. “Otherwise it becomes like curry with noodles as opposed to a curry soup.”

Finishing touches
Once the soup is made, Long Chim blanches rice noodles with bean sprouts and places them in a bowl. Then they heat up the laksa sauce and add ingredients depending on the dish.

Dine alone
The final touch? Thompson says laksa is best consumed on it’s own. “Laksa is meant to be eaten by itself,” says Thompson. “It’s a self-contained meal.” Also: don’t simply accept what’s placed on your table as the finished meal. “It’s assumed you will season and finish the dish yourself,” he says. “Peanuts, some sugar, fish sauce, chilli, and lime.” He offers one final flourish to match with the classic spicy curry soup: “A crisp Little Red Fish IPA, brewed especially for Long Chim.”

Produced by Broadsheet in partnership
with Crown Melbourne.
Learn more about partner content on Broadsheet. 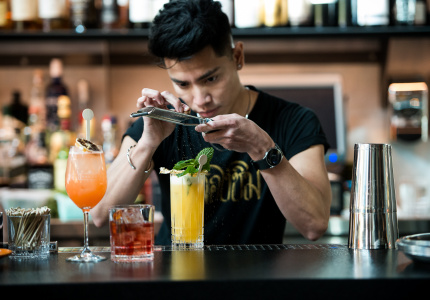 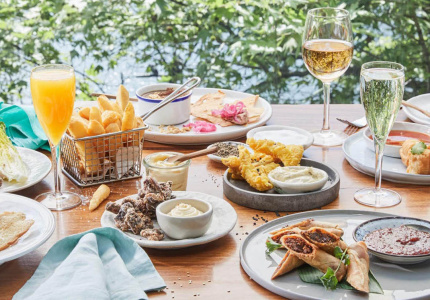