That Independent Spirit: The NEON Festival is Back

Now in its second year, the Melbourne Theatre Company’s NEON Festival gives five independent theatre makers the chance to go all out on the main stage. 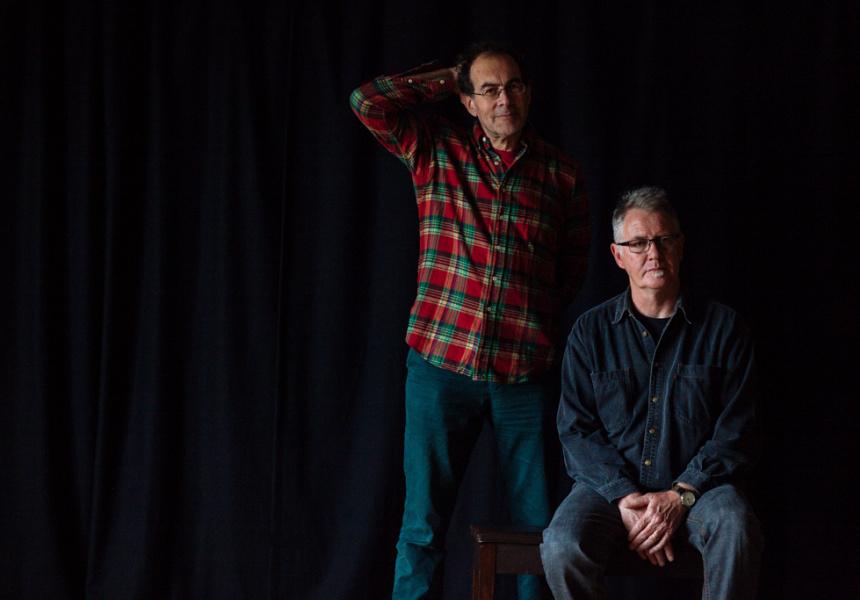 If you’re reading from the script, independent theatre is all post-Dadaist cabaret performed by Marxists in the nude. Institutional theatre, on the other hand, is just Chekov and shawls. But the NEON Festival, a celebration of small theatre by one of the country’s biggest dramatic organisations, is an attempt to break the us-versus-them dichotomy.

Now in its second year, NEON gives five acclaimed, independent theatre makers free run of The Lawler – without any curatorial restraints on what they produce. Dreamed up by Brett Sheehy, the Melbourne Theatre Company’s recently appointed artistic director, the festival convincingly counters any perception that the company will only play it safe: “‘NEON is dedicated to celebrating the diverse and wonderful independent-theatre landscape in Melbourne, supporting independent companies and the work they want to make,” he says.

And, by any account, the shows are a departure from the MTC’s regular program: all-queer company, Little Ones Theatre will present a gender-bent version of Dangerous Liasons; Daniel Keane and Brian Lipson are developing a piece on the birth of psychiatry and its impact on women; the Arthur collective has an almost operatic cast of 60 for The Myth Project: Twin; Sans Hotel’s Nicola Gunn is attempting to save the planet (with laughter), and Angus Cerini is planning a “response to the massive trade in weapons, drugs and humans”.

As exciting as the line-up might be, it’s the kind of program that would normally prove impossible to stage at the MTC. NEON’s managing producer, Martina Murray, believes that the funding structure of the theatre company – which depends primarily on box office takings – necessarily focuses its programming on shows with broad appeal. “The main difference between independent theatre and companies like the MTC is the freedom you have when you’re not beholden to pleasing large quantities of people,” admits Murray. “Not that you can’t make great art and please large quantities of people, but a particular niche aesthetic that some artists might want to explore won’t always work.”

Cerini is realistic about the MTC’s need to please. “At end of the day, the MTC survives on ticket sales – bums on seats,” he says. “To think that they have the capacity to be as artistically inventive, risk taking and adventurous as a university student putting on some weird piece of art is to have your head in the sand.”

That need for marketability means there’s a trade-off, not so much in terms of artistic expression, but in the freedom to actively challenge your audience. Nicola Gunn, who often creates site-specific performances nowhere near an actual stage, believes this freedom is what draws both artists and audiences to independent theatre. “I think we’re not really governed by a commissioning body, so we aren’t beholden to subscribers or to key stakeholders with the choices we make,” she says. “We don’t make work to make money – that’s a given. We make work because there’s something we urgently want to say.”

But, through NEON, the MTC is attempting to resolve some of these inherent contradictions of the two formats, providing bigger budgets and wider audiences while protecting absolute artistic control. “NEON’s an opportunity to celebrate that kind of work, and to bring it to audiences who wouldn’t normally hear or see it,” says Murray. “That will not only, hopefully, create a wider audience, but bring about further opportunities for artists.”

For artists such as director Stephen Nicolazzo and set designer Eugyeene Teh, access to more sizeable budgets gives Little Ones Theatre the ability to match their production with their vision. “We’ve done it, but we always just scrape by and work with materials that are affordable and that make it feel grand,” says Nicolazzo. “But I’m really interested in what happens if we’re able to achieve that grandeur, and how that might change the work.”

While access to the MTC’s resources allows the artists to work with a broader palette, everyone is quick to emphasise it is a mistake to view independent theatre as merely a stepping-stone to the big time. “There is, I think, a misconception with independent theatre, that it’s emerging graduates or people who can’t get work anywhere else,” says Murray. “The idea within NEON is that these five companies can be of any age. It’s really about the freedom that independent theatre offers them as artists.”

Gunn agrees that much of the work she devises is never intended for the main stage of a large company. “Do I want to perform in front of 800 people?” she asks. “No. I think my shows have much more impact if I’m performing in front of 20 or 40 people.”

The fact that so many Melbourne theatre makers choose to remain outside of the confines of mainstream stagecraft means that locally, a culture of independents is thriving. By no means emerging artists, Brian Lipson and Daniel Keene have been involved in left-field performance for most of their working lives. To their minds, Melbourne is in a better place for theatre than it has ever been. “I think what’s going on here now is extraordinary, compared to Europe or anywhere else,” says Keene. “This new generation of theatre makers is highly skilled because places like the VCA turn out people who are theatre makers, not simply actors. That’s made a huge difference for the culture.”

Lipson believes the community of artists is more collegiate here than in other scenes around the world. “What I think is quite unusual in this city is the intermingling between the established theatre companies and the independent theatre companies,” he says. “I’ve always been really aware we are part of a whole family of theatre makers, and that there is no hierarchy.”

The NEON Festival runs from May 29 to August 3. For information and tickets, click here.