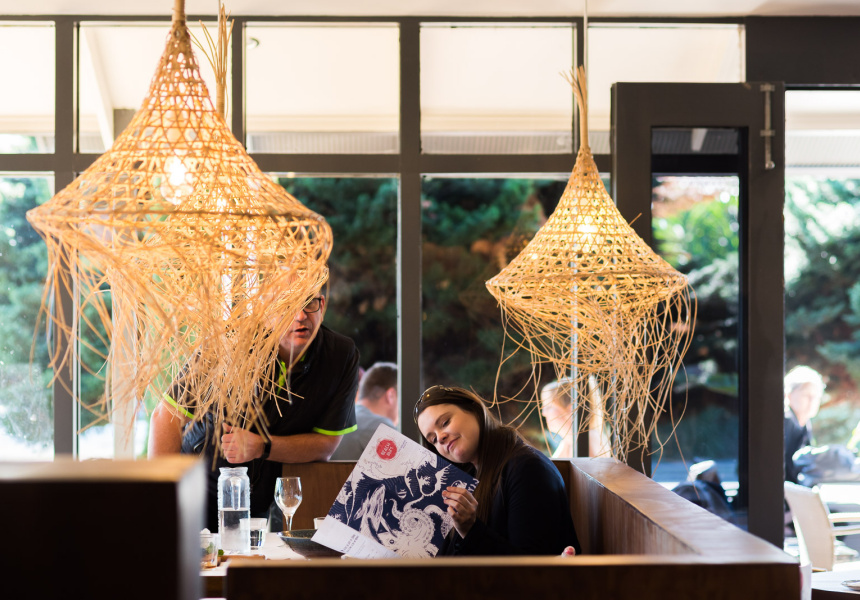 When Walter Ventura and Sarah Howell (Mexican Society, Cliché, Hispanic Mechanic) opened Beach Bum Hawaiian Kiosk on O’Connell Street in 2016, they turned a few heads. North Adelaide isn’t exactly known for its seaside vibe. But the fresh combination of Hawaiian street food remixed through Japanese and Mexican influences quickly established Beach Bum as a standout amid other venues on the strip.

In 2018, the pair rode that wave all the way to the sands with a new site on Brighton Road. While the menu holds true to the bestsellers (poke, inventive tacos, burrito bowls and more), the space is vastly different to the North Adelaide original. The bright blue food trucks that acted as bar and service point have been traded in for more natural tones such as timber panelling and woven light shades.

The menu features signature Hawaiian dishes next to smart Japanese-inspired plates. Beach Bum specialises in poke; essentially a sushi salad that evolved from humble fisherman’s food thanks to Japanese and American influences. The diced salmon (or octopus) is served alongside edamame, pickled carrots, daikon, nori, seaweed salad, pickled ginger and red cabbage. There's also a vegetarian variation with fried tofu, which sits atop your choice of sushi rice, soba noodles or salad.