The Arrested Development and Search Party star heads a new friendship drama directed by Adelaide’s Sophie Hyde. Ahead of a national cinema release, we spoke to her about the role, toppling expectations and what’s next. 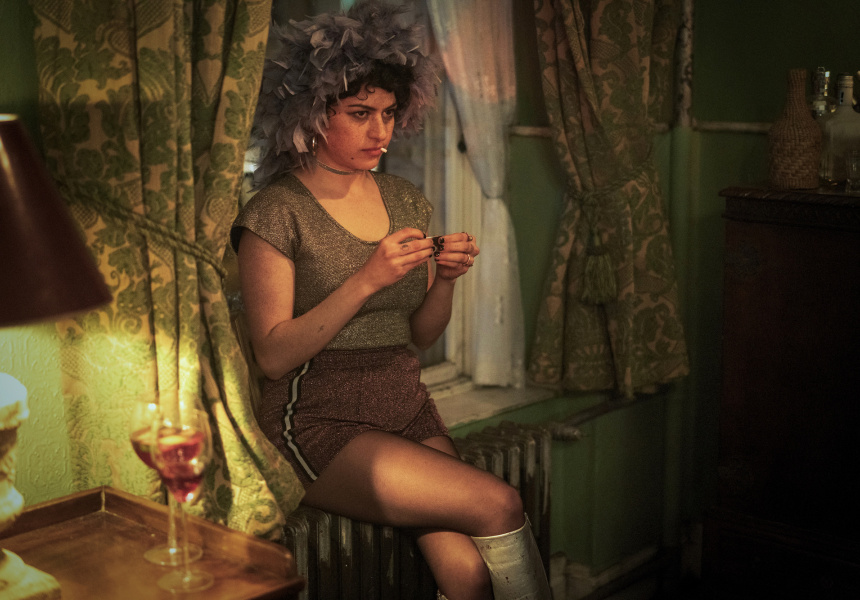 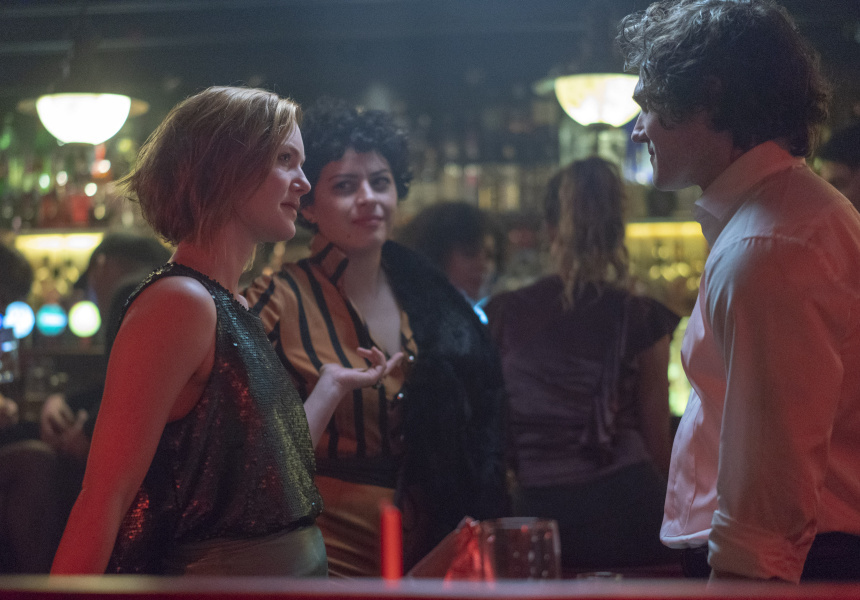 Alia Shawkat has built a career on playing the wry smart girl. From her breakout role as Maeby in Arrested Development to her guest appearances on Broad City and Transparent and starring roles in Search Party and Duck Butter (which she co-wrote), her characters have a sense of low-key cool.

The film is an ode to female friendship and that stasis between adolescence and “adulthood” – whatever age it might hit. The two leads, Shawkat and UK actor Holliday Grainger (best known for her role in BBC series Strike) play long-time, hard-partying Dublin housemates Tyler and Laura. Shawkat’s Tyler is the last girl at the party: fierce and larger than life and a world away from the characters we’re used to seeing her play.

“A lot of the roles I’ve played in the past are a little more composed and thoughtful and honest with themselves, and Tyler is kind of the opposite of that,” Shawkat tells me over the phone from her home in Los Angeles.

“She’s very grandiose and cartoony and kind of detached from being self-aware, which was exciting and nerve-wracking to me to play. She reminded me of a friend I grew up with – I was definitely more the Laura [character], drawn to the flame. So to get to play the flame was really fun.

“There are definitely aspects of me [in the role],” she continues. “When I’ve had a couple drinks I can take that role as the centre of attention and kind of own it. I’ve sung in jazz bars before so I definitely have a performative streak in me. And then there’s another side of me that wants to be the one who’s friends with the loud one, who’s setting them up and encouraging them. But it was fun and challenging because it was unknown territory.”

Tyler and Laura’s is the kind of messy, too-close-for-comfort friendship we’ve seen before in shows such as Girls and Broad City (in an early scene Tyler checks the colour of Laura’s urine after a night of heavy drinking) – a friendship that feels like the most important thing in the world for a time, but might actually be hindering your growth. The two spend the film prowling Dublin, drinking and getting high. You might want to party with them. You probably won’t. That’s not the point. You don’t have to like them.

The film premiered at Sundance earlier this year to some glowing reviews. The Guardian called it a “triumph”, writing: “Echoes of Trainwreck, Bridesmaids and Fleabag only serve to remind us of how unconventional and defiant Animals is in comparison.”

It’s a well-trodden premise: The friendship is eventually strained when Laura falls in love and gets engaged (there’s even a requisite bridal shop scene). But there are plenty of surprising moments, and it strays from the formula we’ve grown accustomed to. It’s raw and unpredictable and characters don’t fit into neat little boxes. Like real life. It’s this honesty and grit that made Shawkat sign on.

“I really loved the script, the characters, the story, the message,” she says. “And then I saw that Sophie Hyde was directing it and I watched 52 Tuesdays and really loved her filmmaking so much – I found it to be so unique and honest – and we Skyped and hit it off.”

Shawkat had just knocked back a mimosa at brunch and was “kind of tipsy”. But it was probably the perfect introduction to a character like Tyler, who’s rarely seen on screen without a wine in hand.

After two decades on screen (she’s 30), Shawkat has reached a turning point in her career. The role most people know her for – the sardonic, precocious teenager Maeby Funke in Arrested Development – is behind her. After the cult series returned for a fifth season last year (and its publicity tour was derailed by this now-famous New York Times interview) Shawkat has said she doesn’t plan to go back.

Augmenting her rising profile is her starring role in the genre-bending, knockout-funny Search Party, which Shawkat has described as “hipster Columbo”. Season three wrapped shooting last year but Shawkat tells me there’s still no release date. At the risk of a spoiler, the new season will revolve around a trial that becomes a media frenzy, “kind of like an Amanda Knox case”, says Shawkat.

On top of her prolific career, and her aforementioned jazz band, Shawkat is also a dedicated visual artist and regularly posts her work on Instagram. When we speak she’s at home painting in preparation for an exhibition in LA. She’s also adding producing and writing credits to her name. She’s currently working on a TV series about her family – and there’s plenty to unpack.

“I come from a first-generation family… My father is Arabic, he’s Muslim, and my mother is white. My parents own a strip club. So all these themes of sexuality and being Arab in America and the kid of an immigrant … come to a head. All these things I’ve been sitting with as a woman. It seems like all of a sudden the themes of my family’s life are very appropriate right now. So it feels like a very ripe time to tell a story like this – to talk about the stories that we aren’t seeing but that are happening in the world.”

For Shawkat this means she’s often drawn to stories where women are front and centre, and roles that buck gender and heteronormative stereotypes. “I think that women’s relationships, romantic or friendships or familial, are really fascinating,” she told Vulture earlier this year. “It’s just where my interest lies right now. I relate to it, I get it, I don’t think there are enough of them.”

As a film completely driven by women – the lead characters, the writer, the director and producers – Animals is a rare beast. “The people who were making this film are a bunch of amazing strong women who are coming from, not only different countries, but different perspectives, different ages, different relationships ... all different kinds of experience,” says Shawkat. “And we've come together on this and are all sharing the same ideas and are all challenged by it because being a woman and an artist is about having to be vulnerable and share a lot of yourself all at once.”

The film rides on the chemistry and nuances between Shawkat and Grainger’s characters. “We were lucky,” says Shawkat. “Sophie did such a great job in knowing we would hit it off … And Holliday and I have similar practices as actors, we’ve both been doing it for a long time … we have a similar temperament about how we like to work on set. And we hit it off as people.

“All the bars we shot in, me and Holliday got to go to before and have a drink there, just us two to get to know each other. So we were really living in these spaces … by the first week I was there [in Dublin] I was already riding a bike and seeing people I knew outside cafes. I was like, ‘Damn this is my place!’”

She even picked up a bit of Gaellic. “The cheers they say is ‘sláinte‘’ – I say that every now and then to sound cool in LA.”

The all-in nature of the cast and crew, together with Unsworth’s deeply personal story, has made for an intimate look at female friendship that’s given the same weight and worth as big, life-changing romance. Animals is, at its core, a love story, with all the messiness and complexity that comes with them.

Animals is released nationally on September 12. An advance screening and Q&A with Sophie Hyde is on Thursday September 5 at Wallis Mitcham.

This article was originally published on April 1, 2019.