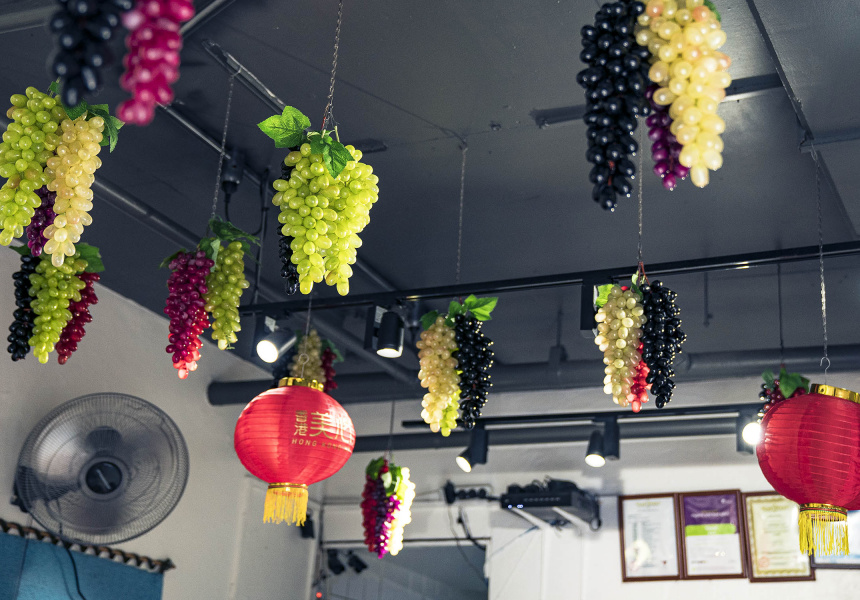 Chinese Noodle Restaurant – known to locals and office workers as “Grapes on the Roof” – is one of Sydney’s most revered Chinese spots. The plastic grapes here are actually on the ceiling, not the roof. It may seem irreverent, but it’s actually quite a common decoration for north-western Chinese restaurants.

Owners Susanna Chen and John Sun are from Xinjiang, a region at the north-western tip of China. For them, putting up the grapes was a celebration of home.

The menu is inspired by Xinjiang too, which is why you’ll find plenty of lamb on the menu (a staple of western Chinese cuisines). The hand-pulled noodles and the dumplings – which are crispy and wheat heavy – are more indebted to Xinjiang than the eastern-Chinese versions.

Whether to pick the hearty goods here or at the strikingly similar restaurant just a few doors up is a debate to split friendship groups and relationships. Some say the special braised eggplant is better at this joint and others say the noodle soups are better at Chinese Noodle House a few doors up. Neither answer is true; it’s all about individual preference. One thing is certain at both, though – you can expect to order as soon as you get in, and to pay and leave as soon as you’re done eating.