The Italian restaurant is the longest-standing restaurant in Sydney with the same family owners, still in the same location. 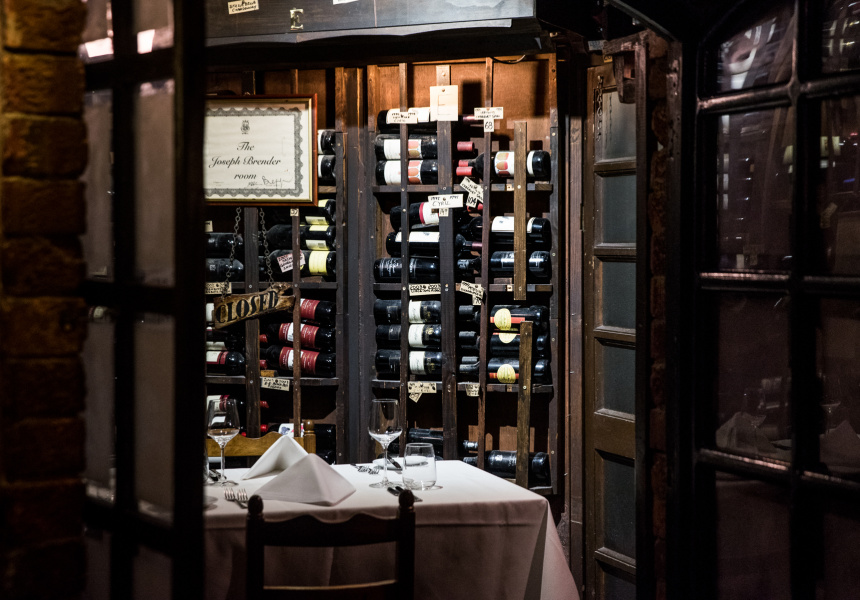 Born and bred in Woolloomooloo, my grandpa has a lot of stories about east Sydney – including the time he ate at Beppi’s. It was about 1964 and he was midway through a rainy double shift at the wharves – and thoroughly famished. During a heavy downpour he parked at the end of Stanley Street, just where the road curves sharply to the right, directly outside the veiled windows of Beppi’s.

His usual pit stop in Little Italy was an all-you-can-eat-style trattoria a few blocks down – but on that day, dressed in a plastic raincoat, with no more than 30 bob in his pocket, he decided to try the more polished ristorante his older brother Ronnie frequented and loved.

Over its 60-year history Beppi’s has hosted Frank Sinatra, Billy Joel, Mick Jagger and, more recently, Rihanna. Opened by Beppi Polese and his wife Norma in 1956, it is the longest-standing restaurant in Sydney with the same family owners, still in the same location. Beppi’s is a legend in the city’s dining history, credited with introducing authentic Italian flavours to Sydney, labeled by many as the “godfather of Italian”.

In the late ’90s the Italian government awarded him a a Cavaliere del Lavoro (Order of Merit for Labour) for promoting and popularising Italian culture in Australia. Earlier this year, and just three months out from celebrating the business’s 60th anniversary, Beppi Polese passed away, leaving his only son, Marc, at the restaurant’s helm.

“It’s difficult to alter anything with our menu, because people do come back for those classic staples, the things we are well known for,” Marc says. He admits not too much has changed at Beppi’s over the years – the fit-out is the same as his father initially installed. The leather-bound menus, hand carved by Beppi himself, remain. Even the chairs are original; they have only been updated with vinyl cushioning for more comfort.

“What Dad was offering back then was really unique. And I think it still is really unique. A true, traditional-style Italian restaurant,” says Marc. “There aren’t a lot of places you can come to with this sort of atmosphere.” It’s hard to disagree. When we visit, a Sinatra song is playing and the lighting is soft. We’re ushered towards the back, through the pale-terracotta-coloured front dining room, and towards the fabled wine cellar. The charming, cave-like space is lined with handmade racks in dark timber, tinged rouge with an immense assortment of red vintages.

The focus at Beppi’s is on quality, tradition and consistency, and this is perhaps part of the key to the restaurant’s unmatched mileage. In a trend-centred dining scene, Beppi’s has held steadfast to its timeless recipes. “We’ve been here so long, you see trends come and go, and restaurants come and go,” says Marc. On the menu since forever is his father’s zuppa di cozze – a simple dish of local mussels and clams cooked with garlic, olive oil, white wine and a little tomato “but not too much”. In the beginning, in his ceaseless effort to source only fresh, quality produce, Beppi collected mussels from the pylons of the Spit Bridge, and transport them back to Darlinghurst in hessian bags. “At that stage people didn’t really eat mussels, they only used them for bait,” explains Marc.

“Our family is from northern Italy, and that probably has informed most of the dishes that we do,” says Marc. “Dad’s thing was flavour, flavour, flavour. He didn’t care what it looked like, so long as it tasted good.”

The Beppi’s menu is a list of perfected Italian staples. There’s homegrown zucchini flowers with ricotta, basil and porcini mushroom filling. The ravioli ripieni is buckwheat ravioli filled with roasted pumpkin and amaretti served with burnt butter and sage. For secondi, Marc suggests soft-crumbed veal cutlet with garlic-parsley gremolata salsa and caper berries. Dessert is a cloud-like banana soufflé, both comforting and refined.

In 1964 my grandpa’s 30 shillings didn’t stretch much further than the entree, but he felt welcome in his plastic raincoat just the same. “But with white tablecloths, suited waiters and old-school service, Beppi’s feels special, with all its history, memories and stories. 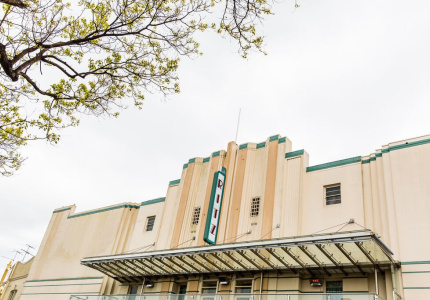