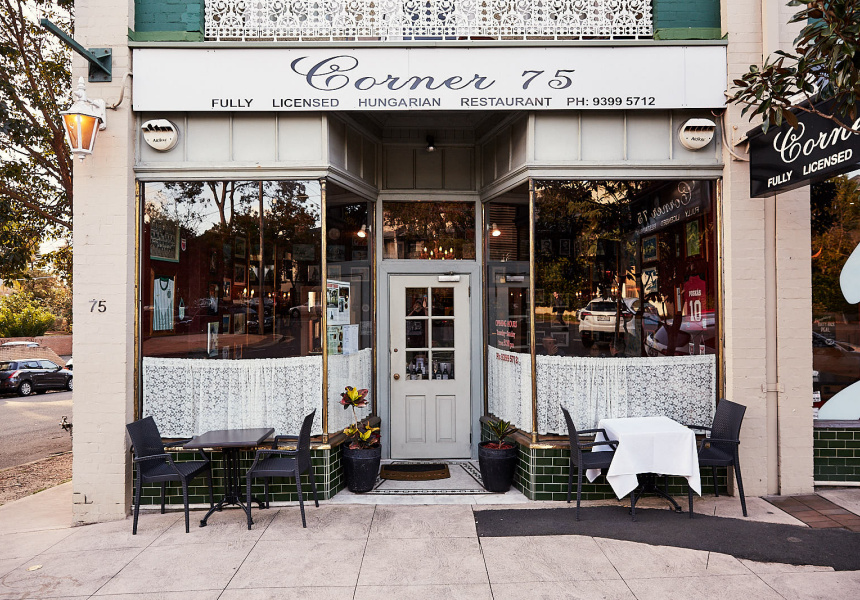 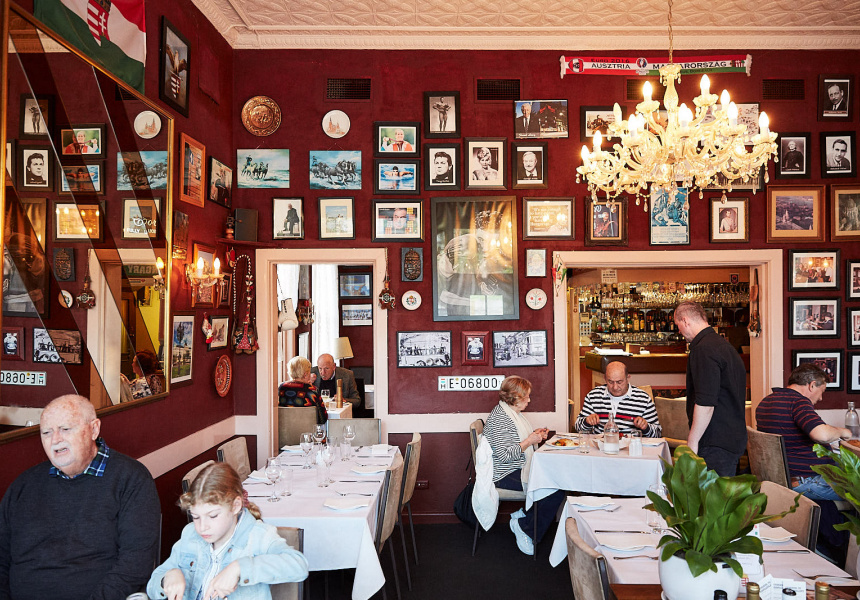 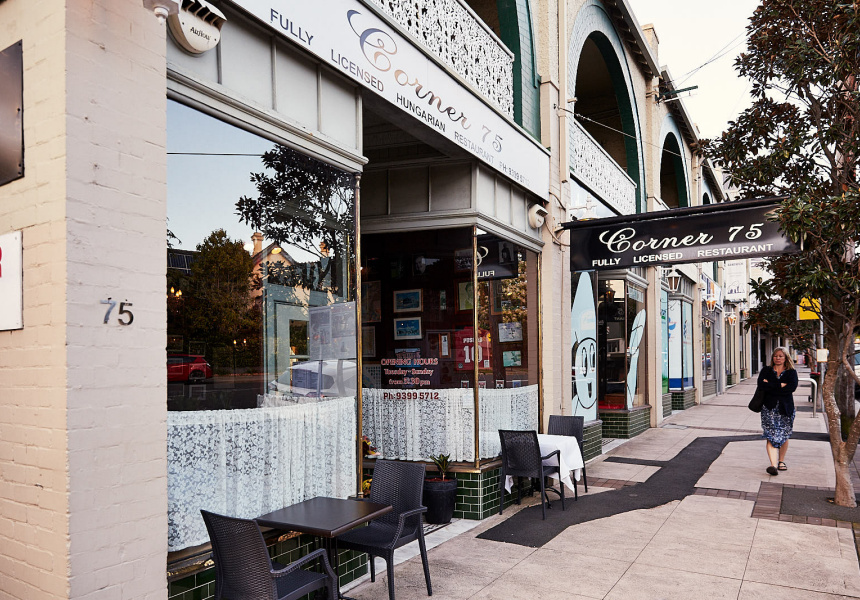 There aren’t many restaurants left in Sydney that feel like this. While many new eateries are decked out in polished concrete and minimalist designs, Hungarian restaurant Corner 75 is decorated with celebrity photos, traditional Hungarian symbols and seemingly random memorabilia. Paul Varga, the owner, also works the floor. He greets every customer and knows most by name. Many of them, Hungarian or not, know what they want before they come in – the menu, bar a few daily specials, has listed the same Hungarian classics for a few decades now.

Depending on who you ask, Corner 75 has been open for somewhere between 20 and 40 years (the confusion stems from how long it operated as a French restaurant before). Varga can’t say for sure how old it is – he took over in 2012 with his sister Kathy. “She was a house cook before and she worked for the previous owners too. She’s the engine of this place,” Varga says.

Every meal must be served with lángosh, what Varga calls “garlic bread", a pancake-shaped flat bread that’s been fried until it’s crisp and golden. It’s covered in minced garlic and served with a dollop of sour cream. “Hungarians have bread with everything, if not garlic bread, sourdough. You need it to soak up the sauce,” Varga says.

A traditional Hungarian lunch begins with soup. Here that usually means handmade matzo balls in a homey chicken soup, or a slightly sweet-sour cherry soup. That plus a few triangles of lángosh is already enough for a full meal, but at Corner 75 that’s not even half the average caloric intake.

Main meals in Hungary are hearty and generally involve enormous hunks of meat, moats of thick sauce and some kind of carbohydrate. Goulash is the classic example: a viscous soup with chunks of veal and nokedli (roughly cut pasta dumplings, known as spätzle in German-speaking countries). It’s considered an old-fashioned food back in Hungary and surprisingly, considering its international reputation as Hungary’s national dish, it’s not a particularly common meal to cook in the home. At Corner 75 it’s the second-most popular order behind – you can probably guess this – schnitzel.

Technically schnitzel isn’t Hungarian. It likely originated in Italy or Austria, or maybe even in ancient Rome, from where it might have spread to the Germanic world and eventually to Hungary. The Hungarian version is rarely sauce-smothered like its Austrian counterpart and almost always comes with soft, buttery potatoes and a side of sliced cucumber salad or pickled peppers, something acidic to balance the flavour, says Varga. Pair this with a Hungarian beer or a dry white wine from Tokaj, a fertile region of Hungary that’s had vineyards since the 12th century.

Finally, if you get through all that, it’s time for Corner 75’s locally famous desserts: sour cherry strudel, and the Gundel pancake made with rum, stuffed with walnut cream and topped with chocolate and orange sauce. “We named it after the chef of the century, [Hungarian] Mr [Károly] Gundel, it has to be good or it will be a big disappointment.”

This article first appeared on Broadsheet on October 15, 2019. Menu items may have changed since publication.