Forget the big retailers, this is where you should be shopping now. These are the finest independent shops that drive the heart of Sydney’s many cultural communities: Indian, Southeast Asian, Korean, Lebanese, Italian and Chinese. 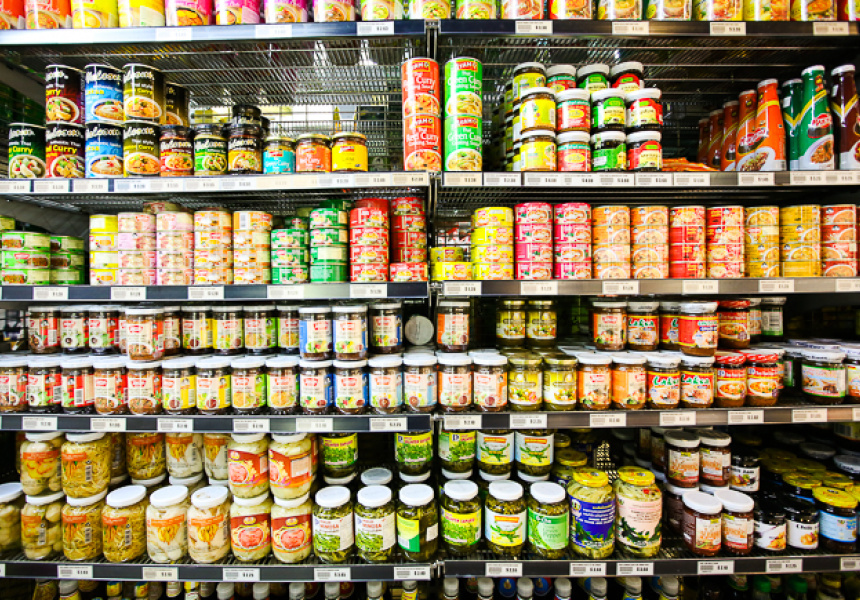 This is the scene at Sydney’s many of lesser-known grocers and supermarkets right now: peaches at $2 a kilo; mounds of house-roasted nuts; entire aisles of instant noodles; dried legumes sold by the kilo out of a sack; fridges stacked with Italian cheeses; five-kilogram tubs of Lebanese yoghurt for just $8; pickle jars the size of Jenga towers; buckets of kimchi; and every spice you can imagine in whatever quantity you need.

Australia’s big supermarket chains are hugely convenient for lots of us, no doubt, but at a time when thriving neighbourhood businesses are at risk of shuttering forever, it feels more important than ever to shop local and support the independent guys. (Especially considering the shady behaviour and unconscionable conduct of the big chains.)

Plus, there’s so much joy to be found at Sydney’s small grocers, whether it’s splurging on a special cheese, cooking a new vegetable in your kitchen or indulging in the diverse and wonderful world of instant noodles. Here’s where to go.

Italian
Formaggi, salumi, passata, coffee, olives and pasta – these are the places to get the best Italian supplies. Zanetti and Raineri are the oldest and most charming of the bunch, both in the heart of Sydney’s Italian community, in the inner west. Go here for Italian cheese and meat and, if the season is right, truffles. While less well-known, Skorin Deli has an excellent range of non-perishables. Skorin, Zanetti and Raineri don’t supply fresh fruit and vegetables – the better option for that is Lamonica (another deli with a great range of meats, cheese and olives, as well as Italian breads).

Chinese
There are tons of options for Chinese grocers in Sydney, but the best for price and sheer range are the New Yen Yen and Tong Li Supermarket chains. Their stores are all well-stocked with non-perishables, such as rice bags (weighing up to 10 kilograms); pickles; frozen dumplings; spices (including rare herbal ingredients); vinegars; dried noodles; and hundreds of other options to make your cooking spicy, acidic and interesting. If you’re not familiar with Chinese dried goods and sauces, ask the staff. If they’re not super busy they’ll be able to suggest what works with what and which brands are best. The biggest ones (New Yen Yen in Eastwood is particularly epic) also have excellent selections of tofu and fresh fruit and veg (the range of leafy greens is particularly good).

Lebanese
Outside Flemington and the back-street Cabramatta markets, these grocers offer the best value for money for seasonal fresh fruit and veg in Sydney. We’re talking about stone fruit, apples and pears for less than $3 a kilo; five-kilogram bags of root vegetables for less than a fiver; and avocados priced at $6 per kilo. The sauces, spices, legumes, rice, tea and dairy are also far cheaper than what you’d get at any of the mainstream supermarkets (except maybe Aldi). There might be lots of brands you don’t recognise, so ask the staff for recommendations – and seek out Lebanese tahini and any locally produced yoghurt. 5 Stars, a gigantic semi-wholesale market in the middle of Lakemba, doubles as a nut and coffee roaster. The nuts are some of the cheapest in Sydney but the coffee is roasted to high-hell, so we’d only recommend the latter for those who like theirs punchy.

Indian
Harris Park – sometimes referred to as Sydney’s Little India – has a good cluster of grocers on the Wigram Street strip (there’s also Radhe, closer to the train station). King of them all is Udaya Spices, a quartet of supermarkets with a colossal range of goods including hot food, saris and jewellery. Even at the smaller stores, expect the occasional in-store food stand making pani puri, fried breads or samosa. All these places are great for spices and rice, but not for fresh fruit and veg. Most of the rice is sold in sacks weighing between one and 10 kilograms, and each variety has a different purpose (some for everyday meals; some to make flour and desserts). Again, chat to the staff if you’re unsure. In terms of spices: if it’s available in Australia, you can get it here. There are plenty of sub-continental dried spices, herbs and chillis in whatever size you’re after. Need a five-kilo bag of cumin? You can get it here.

Korean
Sydney has a ton of tiny Korean grocers selling bulk banchan (complimentary side dishes served with every meal at restaurants); chilli and bean pastes; and various imported sauces and condiments. The biggest, easily, is Komart. North Strathfield’s 10-year-old Korean mega-mart is the closest thing you’ll find to shopping in Korea. K-pop blasts on the stereo, it’s got slick shelves and even slicker signage, and there are buckets of banchan to choose from. There’s an incredible packaged-snack range, and more than an entire aisle’s worth of instant noodles.

Southeast Asia
Cabramatta is easily the best area for Vietnamese produce and products. The markets just behind the main strip are some of the cheapest in Sydney, and on the main road you’ll find Eastlands, the best pick for non-perishables. For Thai goods, head to the Campbell street strip in Haymarket. Pontip is a particularly fun trip because of the range of grandma-made pre-cooked meals. Boon Cafe’s deli Jarern Chai, just around the corner, stocks Boon-made takeaway meals, a colourful array of Oz tropical fruit and imported non-perishables. If you’re looking for laksa pastes, sambal, kaya jam and all the other Indonesian and Malaysian goods, try White Lotus or Randwick Oriental in the East.

Others
This list isn’t complete without mentioning Tokyo Mart (Sydney’s best purveyor of Japanese imports) and Gima (for Turkish groceries).

This article was first published on March 26, 2020. Some details such as opening hours may have changed since publication.