Ready in mere minutes, this is a tactile icebreaker that pairs softened buffalo mozzarella with firm Kumato tomato and fragrant lemon leaves. In partnership with Perfection Fresh, Alex Prichard from Icebergs Dining Room and Bar shares his more rounded version of this crowd-pleasing Italian classic. 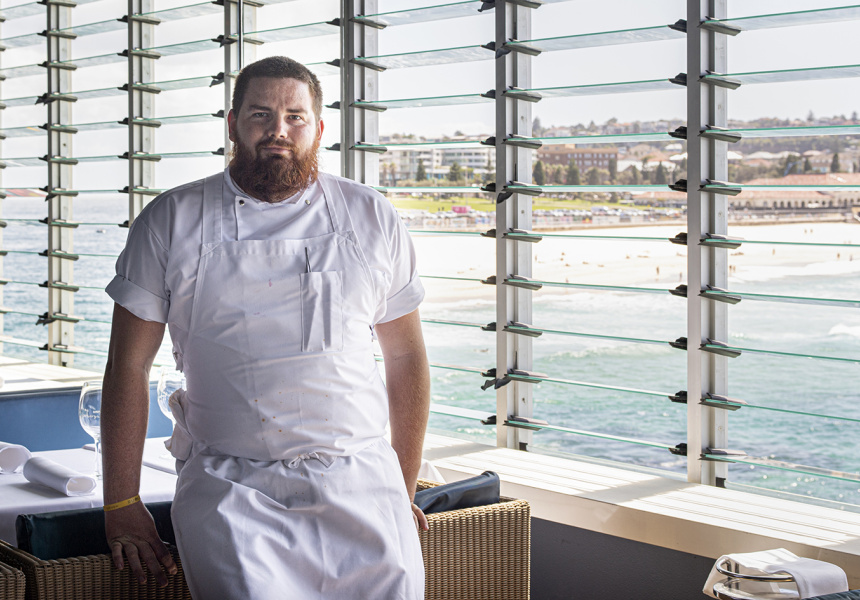 The next time you’re hosting a barbeque, Alex Prichard has a magic trick for you to try. The culinary director from Bondi’s waterside destination Icebergs Dining Room and Bar has put his own twist on a classic Italian snack, pairing warmed mozzarella and tomato – something you can prepare in under 10 minutes and literally cook in under two.

“If I was having people over and hanging out in the backyard, I’d have all this stuff ready to go,” says Prichard. “And when people are sitting down, I’d just throw these on the barbeque so people can snack on them while I go whip up some pasta.”

In the Italian tradition of the spuntino – a quick snack or small meal enjoyed between larger meals – Prichard’s version of warm mozzarella with lemon leaf and Kumato tomato is a casual dish that won’t slow down a gathering in the least. In fact, the handheld treat of softened cheese and firm tomato, sitting atop a fragrant lemon leaf, usually acts as a reliable icebreaker.

“I believe really strongly in the communal and social aspects of eating and dining,” Prichard says. “It’s that old thing of breaking bread. And because people might not have had this before, they’re approaching it in a different way.”

Consisting of just six ingredients, Prichard’s version adds torn marjoram and a bit of merlot vinegar to complete and round out the flavours. “It’s like a really fragrant cousin of oregano,” he says of the marjoram. “It’s incredibly herbaceous and a little bit sweet. In the restaurant, we often combine it with olive oil and Alto merlot vinegar, which is a bit sour and sweet and has a lot of depth to it. It becomes almost like a really delicious and fragrant sweet-and-sour sauce.”

The lemon leaves impart their own aromas in the brief warming process, evoking a more herbaceous answer to lemon zest. You’ll only need to cook the dish for one or two minutes in an oven or barbeque: just long enough to soften the cheese but not melt it.

But the secret star of the dish has to be Kumatos, those darkly coloured tomatoes that offer a rich flavour and firm body compared to other styles of tomato. “The texture is the big thing,” says Prichard. “There will be a bit of liquid coming out of the mozzarella, so if you have a tomato that’s too watery or too soft, it’ll end up almost soupy. The membrane of the Kumato is quite firm, so it ends up almost gelatinous and full of flavour rather than going soft and mushy. That texture really comes in handy.”

That, in turn, supports the mozzarella, which is traditionally eaten in Italy at either room temperature or just warmed. As the texture of the cheese becomes creamy and delicate with heating, the tomato is there to keep it firmly in place. And when choosing the cheese itself, Prichard recommends going local all the way.

Method:
Remove the mozzarella from the water an hour before to prevent excess moisture. When ready, slice the mozzarella and lay each slice on top of a large lemon leaf. Season with salt and pepper.

Arrange two Kumato slices on top of the mozzarella. Season with salt, pepper and olive oil. Place these on a tray with the lemon leaves on the bottom and cook in a barbeque or oven on high heat for 2 minutes, or until just warmed through and juicy.

This article is produced by Broadsheet in partnership with Perfection Fresh. 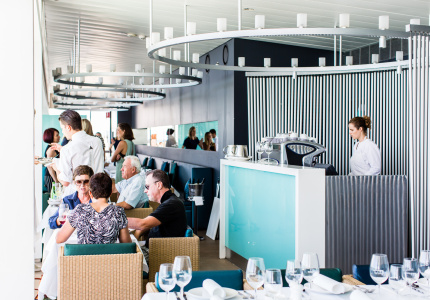