Is Eryn Jean Norvill the New Cate Blanchett? Her Performance in The Picture of Dorian Gray Suggests Yes

Audiences who saw the first season of Oscar Wilde’s timeless play were mesmerised by Norvill’s performance, which sees her embody all 26 characters. It’s not just Norvill that makes this a powerful show though, it’s the technical wizardry and zeitgeist-capturing themes of youth and obsession. 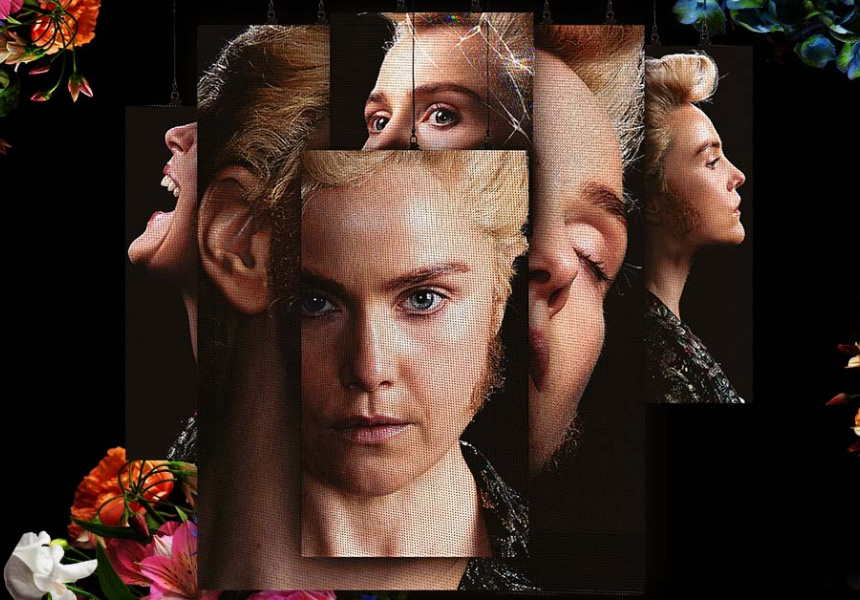 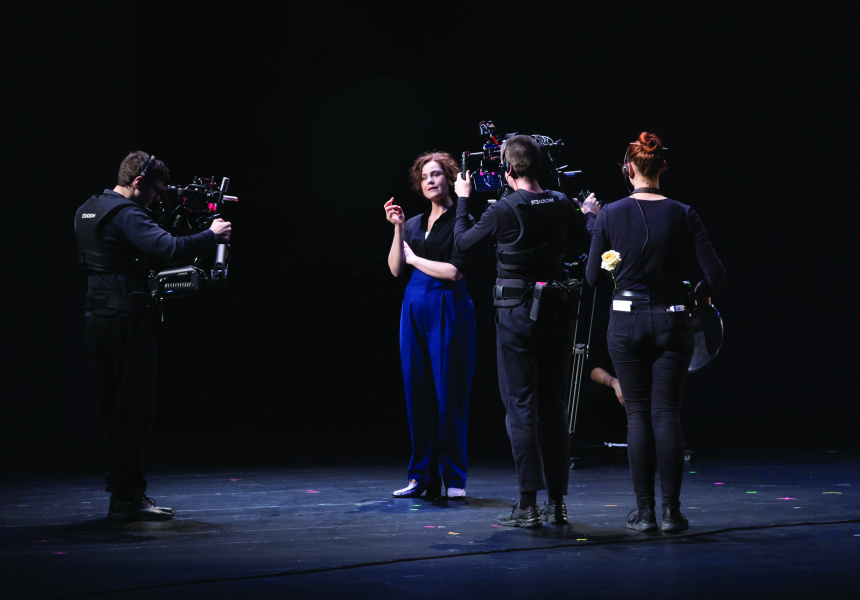 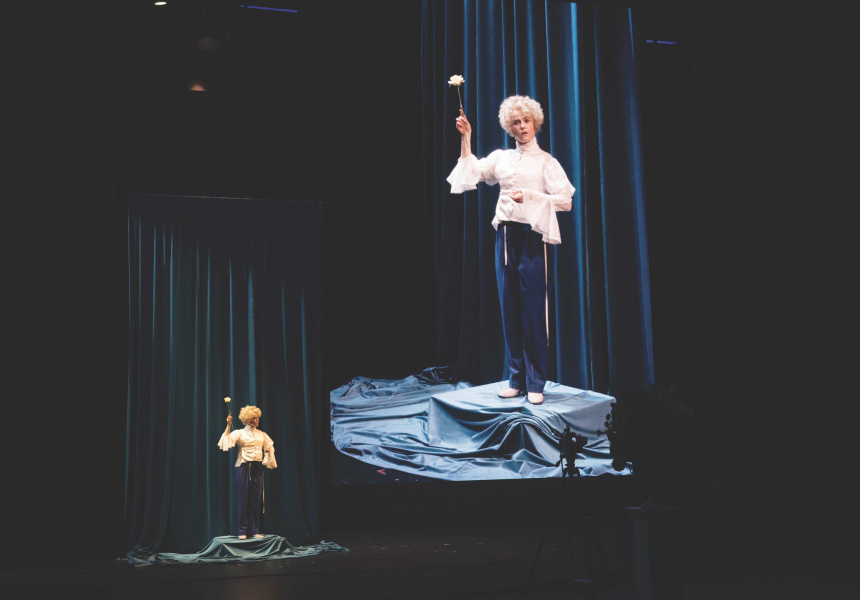 Those at the opening night of the Sydney Theatre Company’s 2020 production of The Picture of Dorian Gray shared a rare moment. There was an overwhelming sense we were witnessing something truly extraordinary.

For two hours we sat spellbound as one actor, Sydney’s Eryn Jean Norvill, performed not one but 26 characters on stage, expertly bringing to life the rich, colourful and ultimately wretched world of Oscar Wilde’s famous 1891 novel.

Sitting in the audience that night was STC artistic director Kip Williams, also the director of the play. As the audience leapt to its feet, Williams let out a huge sigh of relief.

“We’d had to cancel our first preview because we hadn’t finished making the show yet, so we’d had three previews with an amazing response, but EJ had never done the show without a script before,” says Williams. “Then there’s the technical complexity she has to undergo performing it, so we were holding our breath until the end. And she was extraordinary, mind-blowing, and continued to be across the whole season.”

The show would go on to sell out – the season extended not once but twice, and hailed as a “dizzyingly beautiful tour de force” (The Guardian), and “a theatrical coup to rival the best of Robert Lepage or Complicité” (Sydney Morning Herald). Such was the critical and audience acclaim, the play was picked up for upcoming seasons at the Adelaide Festival and Melbourne’s Rising Festival, with a return Sydney season in between.

It’s hard to detail exactly how and why the show is so clever without giving spoilers, but key to its success is the extraordinary way Williams, the play’s adaptor, combines technical wizardry with simple theatrical storytelling.

The genius of his adaptation and direction has Norvill performing live to camera while interacting with her other, pre-recorded characters. A moment’s hesitation or slip means she’ll be completely out of synch with the dialogue. If it sounds like a bit of a mind-fuck, it is. Imagine performing it.

“There are all sorts of ‘pat your head, rub your tummy’ things she has to do in the show,” says Williams, noting Norvill is live on stage the entire show except for one four-second break where she can take a sip of water. On stage, Norvill executes complete costume changes, takes selfies and adds filters to her photos. At one stage she has dinner with not one but seven different versions of herself, all the while delivering a note-perfect monologue before six on-stage cameras.

“To watch EJ, as one of the great actors of her generation, stretch every muscle and ply every skill in her toolbox, is a gobsmacking experience,” says Williams, who has directed Norvill in Romeo and Juliet and Suddenly Last Summer.

Then there’s Wilde’s dark, timeless story detailing young Dorian’s desperate quest to retain his youth and beauty, leading him to commit a Faustian pact so he appears eternally youthful. The increasingly wild, hedonistic life he pursues leads to his inevitable downfall.

“The themes of obsession with youth, obsession with beauty and a society that puts the individual’s needs at the centre of things is a very 21st century tale, so it captured the zeitgeist,” says Williams, noting the sound and visual design traverses eras and aesthetics from Victorian Gothic to contemporary Berlin nightclubs and Shinjuku streetscapes.

Not since Cate Blanchett’s turn on the Sydney theatre scene as the eponymous Hedda Gabler in 2004 and again as Blanche Dubois in Tennessee Williams’s A Streetcar Named Desire opposite Joel Edgerton in 2009, has a performer generated such buzz. “Certainly Dorian has sold like a Cate show, which has been thrilling to see,” says Williams.

As Williams and Norvill head back to the rehearsal room, we wonder if it’s simply a matter of practising a few lines, throwing the show back on stage and waiting for the positive reviews and tickets sales to flow?

“That would be nice,” says Williams laughing. “But it’s such a complex dance and we have a few new camera operators, a few new stage managers and they’re really like co-performers with EJ. We want the work to be a fun, happy experience but with that comes an immense amount of trust so we need to bring in the new members, teach them the choreography in all its complexity, but also build that trust again.”

Given the technical complexity of the show, is there much that can go wrong? “Anything and everything,” says Williams. “There is virtually no room for error.”

The Picture of Dorian Gray is at the Adelaide Festival from March 13 to 20 at Her Majesty’s Theatre; part of the 2022 Sydney Theatre Company season from March 28 to May 7 at the Roslyn Packer Theatre; and Melbourne’s Rising Festival from June 5 to July 17 at the Arts Centre.