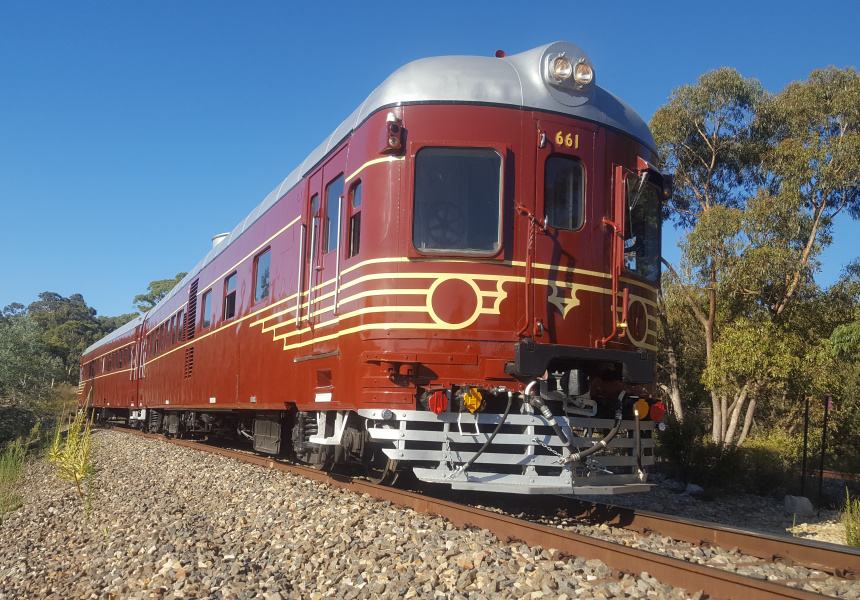 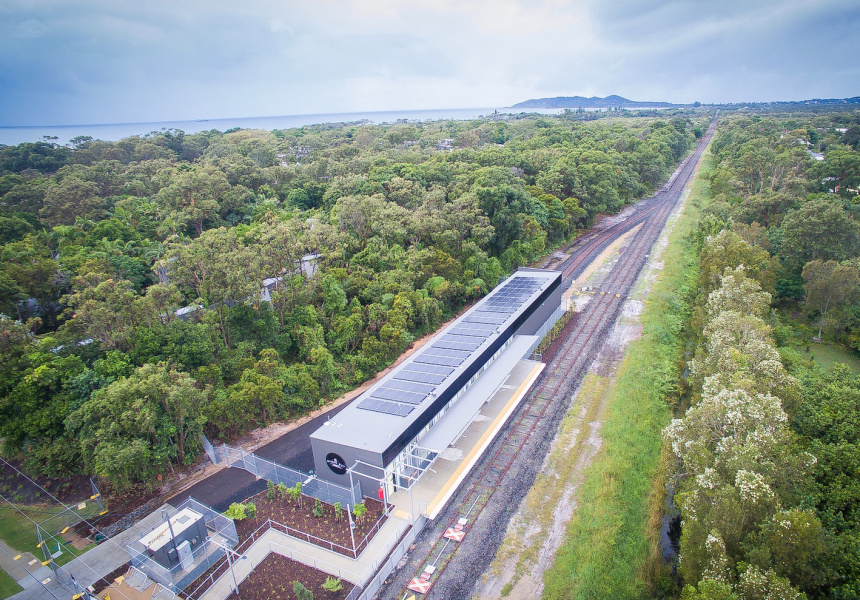 Byron Bay will soon be home to the world’s first fully solar-powered train.

After four years of planning and construction, the new rail service will take its first paying passengers by Christmas.

There will be capacity for 100 seated passengers and room for standing extras, and it will operate an hourly shuttle service between stations for $3 per one-way trip.

The project – restoring the train, repairing the track and bridge, and constructing two platforms – has been entirely funded by Byron Bay Railroad Company, a not-for-profit organisation founded by mining millionaires Brian and Peggy Flannery, who also own the five-star Elements resort.

The idea to convert the train to solar power was raised four years ago, but the technology wasn’t available. By late 2016, advances in solar panels and battery storage meant that solar conversion was suddenly a viable option, delaying the service’s launch by nine months.

“Converting rail motors to solar electric power had never been done before,” says development director Jeremy Holmes. “Sourcing components from all over the world to create this system has been challenging.

“We have designed the overall solar and charging system with a mains connection and patterned with Enova Energy to supply and withdraw green energy from the grid as it is required.”

The carriages, sourced from Lithgow State Mine Railway, were built in Sydney’s Chullora Railway Workshops in 1949. Engineers used advances from the design and construction of the Beaufort Bombers to build a new generation of trains that were lighter and more powerful.

“Internally the trains have been restored to as close to their original condition as possible,” Holmes says. “Some people will be attracted to the heritage nature of the train and service; others will be fascinated by the world’s first solar-powered train.”

The response from locals has been predominantly positive, Holmes says. “The community generally thinks a zero-emission solar train is a positive thing. Many of them see this as a way of getting around, others think of it as a bit of a novelty.”