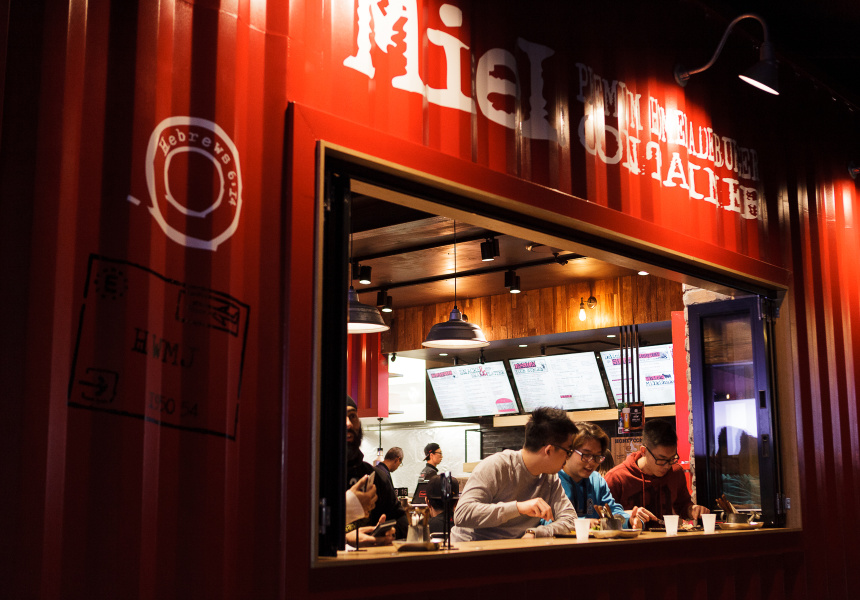 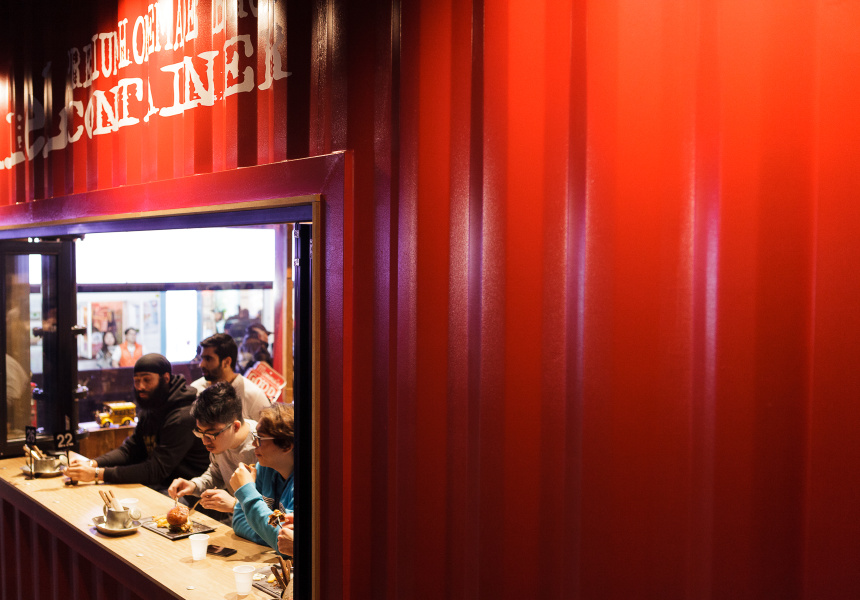 Sunnybank’s Market Square always overflows with people. On any given night, long queues stretch below neon signs and out onto footpaths.

Johnny Na’s second instalment of his hugely popular Miel Container burger joint is front and centre in the scene. Its red shipping-container facade cuts a striking contrast against the surrounding restaurants.

Na’s original Miel Container, a CBD “pop-up”, was an instant success on opening in 2014, winning fans with its wide-ranging menu of burger creations.

Inside this 120-seat second instalment, it’s just as busy as the car park outside, a queue at the counter consistently five or six deep. Johnny’s brother, Steve, leads the Sunnybank team, the staff working feverishly to push burgers out of a poky kitchen.

Servings are generous and the option to DIY is a point of difference, flying in the face of the “no menu change” policies that are becoming common elsewhere. Sunnybank adds tap beer to the mix as well as a small menu of ice-cream and shakes.