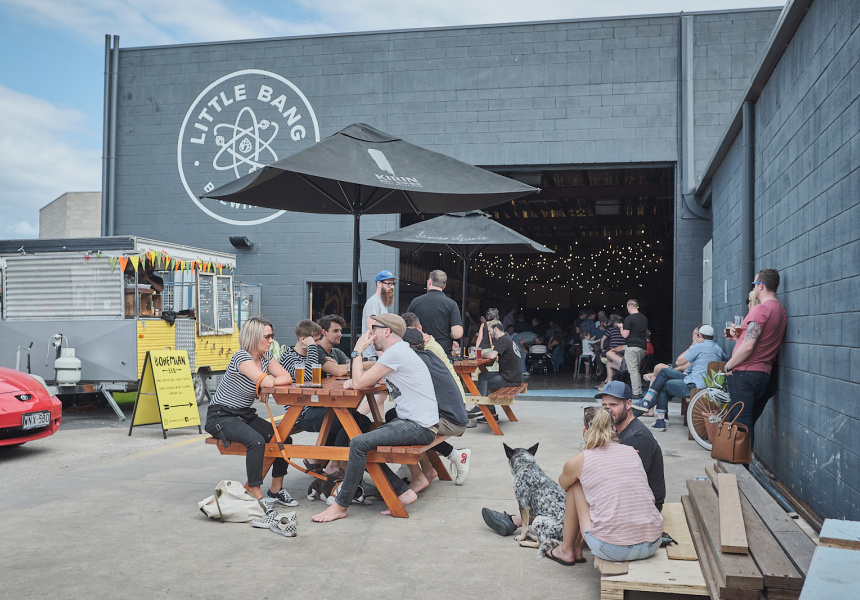 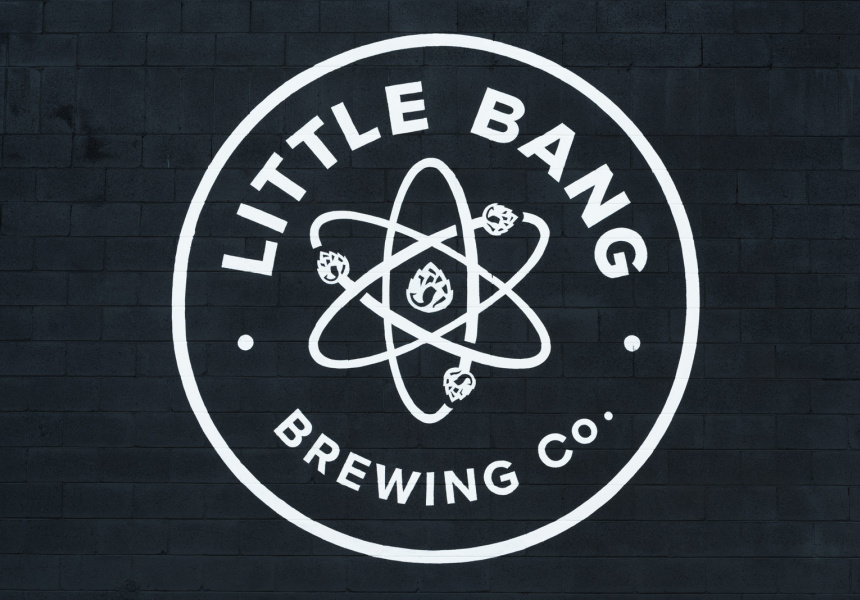 Little Bang Brewing started in Filip Kemp’s backyard shed in the eastern suburbs. After proving incredibly popular with the locals, he and business partner Ryan Davidson had to move to a larger location. Twice.

This 1000-square-metre warehouse, which opened in 2018, is just down the road from Little Bang’s second home. Now there’s space for 290 people. To the left is the bar, a handful of beer-hall tables on a polished-concrete floor, some old-school arcade games and a soon-to-be kitchen. For now, food trucks will pull up in the car park.

There’s a 20-tap line-up behind the bottle-green-tiled bar. Little Bang brews pour from around 16 of them. Beers such as the Uncommon Cloud Saison, Beard Fiction Pale Ale and the Icon Hoppy Steam Ale are regulars, but it’s the experimental brews that are the most interesting. Freezer Cleaner is when you have bits and pieces left over and want to make something random but tasty. The Pinkening is a hibiscus-infused wheat ale; and the Sour Peachy Thingy was made because the duo had access to some local peaches.

Add to that a dozen or so wines, including some by Ansel Ashby of Gatch Wines, whose production is now based alongside the fermenters.