Matty Matheson Is Coming to Shobosho

The Canadian culinary star is cooking over two nights in June. Ahead of his visit he talks #MeToo in hospitality, staying “clean and serene”, and his new hobby – painting. 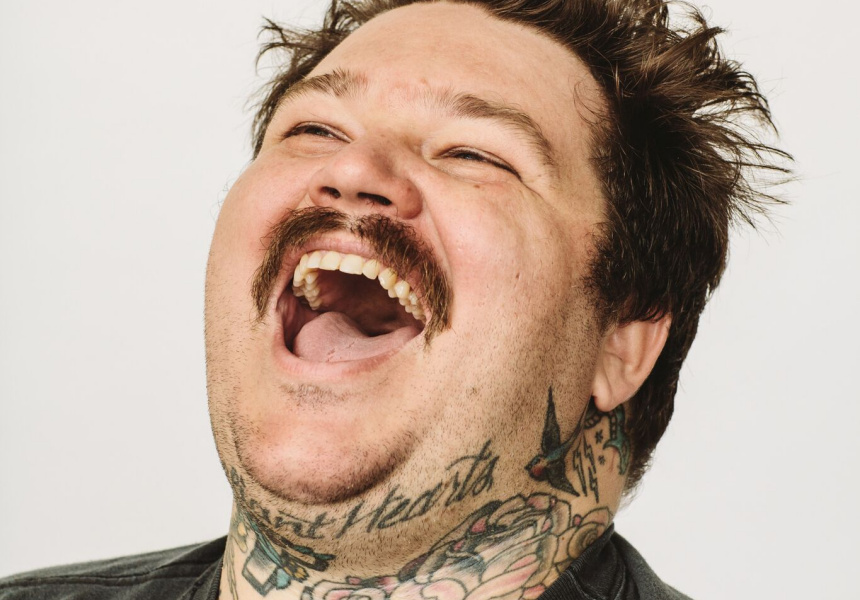 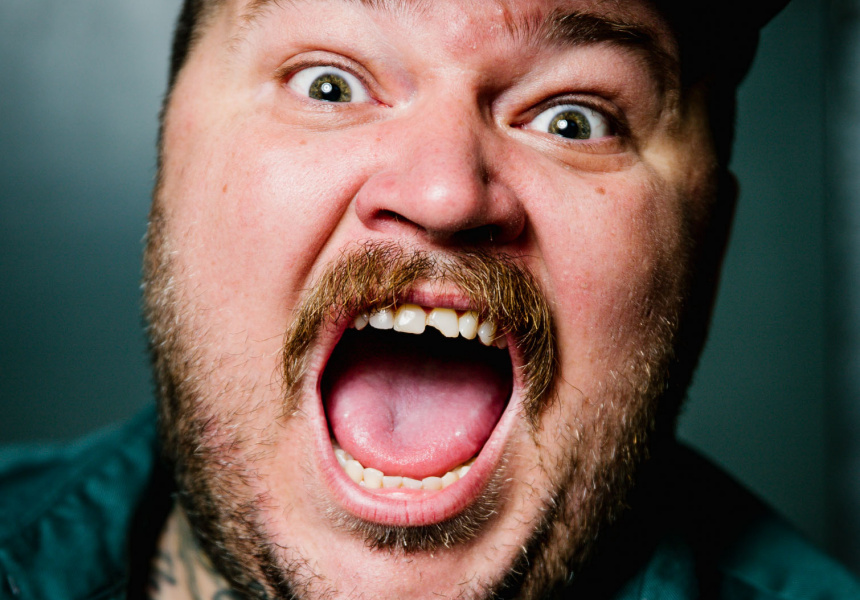 “I get there any chance I can get – I’m kind of a sucker for it,” says Matty Matheson. The maverick chef turned TV and internet personality is more than happy to gush about Australia. “The quality of chef down there is incredible,” he tells us over the phone from Los Angeles. “Any reason for me to get down there is a good enough reason. You ask me to come down, I’ll come down.”

As a professional raconteur, you’d be forgiven for thinking he’s simply following the PR script. But his five visits to our country – and counting – suggest otherwise. This year makes six – the boisterous Canadian is coming to Adelaide for two (sold-out) dinners and a walk-ins-only lunch at Shobosho in June.

It’s a huge coup and follows a string of high-profile collaborations at the Leigh Street restaurant including, most recently, chef Matt Abergel from Yardbird Hong Kong. The appearance will be Matheson’s third visit to Adelaide in three years following his headline appearances at the Beer & BBQ Festival in 2017 and 2018 (he won’t be returning to the festival this year). It was during one of those visits that Matheson dined at Shobosho and met chef Adam Liston.

He was particularly taken by Liston’s custom kitchen. “He has such cool little grills and ovens and live fire and all that stuff,” says Matheson. Accordingly, his menu in June will make the most of the custom fire line that defines Shobosho’s repertoire. “We’re doing some yakitori, some stuff on the grill and the rotisserie, we’re still figuring out the menu but we’re basing [it] off what would suit the grill. I’m thinking I want to do a duck-heart skewer, we’re going to cook some big steaks, we’re going to do some poultry … He’s got such a fun kitchen and his crew is so pro, it’s going to be a lot of fun.”

He might be one of the world’s most recognised chefs, yet he hasn’t worked in a kitchen for three years (his flagship Toronto restaurant Parts & Labour shuttered last year). To most, Matheson is the rambunctious TV personality on Viceland’s food shows It’s Suppertime and Dead Set on Life. An acronym of the latter, DSOL, is tattooed across the knuckles of his right hand. It’s a relatively new outlook for the once self-destructive chef. Matheson spent more than a decade boozing and partying hard until he suffered a heart attack at 29. He’s been sober for five years.

These days he’s “clean and serene”, he tells us. And he’s content keeping it that way. “It’s not a struggle, I’m just done with it. It’s not a part of my life. I don’t think about it too much. My life is filled with love and happiness. I’m happy with who I am and where I’m at. I’m in a nice place.”

Much of this buoyant outlook has to do with his family; his Instagram is brimming with images of his wife Trish Spencer (who he’s been with since high school) and his two young children. "It's better than any fucking party,” he told Munchies. “Better than any amount of cocaine I've ever sniffed. All of the drugs I've ever put up my nose don't even come close to like how I feel.”

He says children have made him “more focused” on his career. “I got a few more mouths to feed … I’m trying to give them the best opportunity they can have in the world … I’m just trying to do the best I can. Every day I’m trying to figure it out, learning how to be a better husband and father.”

He’s also learning how to be a better ally. Recently Matheson has been using his platform to call out abuse and abusers in his industry. After celebrity chef Mario Batali was accused of alleged sexual misconduct, Matheson wrote on Twitter: “Batali sucks. Just another dark horse brought to light. More power to women.” A day later he wrote: “I feel embarrassed and ashamed. I love how brave these women are to come out and smash this industry wide open.”

I ask him where he thinks the industry is at right now. “I think we’re at a point where people are getting a little bit of a voice ... there are a lot of ways to look at it … I think our industry is jam-packed with abusers and we’ve all been a part of this broken system for so fucking long … I think the next generation of chefs is going to be very different. The 2000s were gnarly, I think it’s still gnarly now in some kitchens but … I think things are changing, I do.

“I’m happy to give people a voice. Some people get put down and snuffed out and if I can post about something or do something then why not, what’s going to happen? I’m a white man, come at me. Fuck it. If I can help some people – great!”

The straight-talking chef is something of an open book. On social media his private life has become public (he’s been known to post photos of himself on the toilet). A recent post shows him, somewhat surprisingly, in quiet solitude, painting a floral still life. He laughs when I bring it up.

“I don’t know – that’s like a funny thing. On top of being as busy as I am and having a family … I don’t have a hobby, you know? I was like, ‘I want to paint!’ I really enjoy it. It’s the first time I’ve really done something where I can put my phone down. The phone consumes you so much, with Instagram and social media, so it’s really nice to have a thing where I can put everything down and hang out and paint and have a little me-time. I painted for four hours one day, and I didn’t look at my phone for four hours! Imagine not looking at your phone for four hours.”

I ask if his younger self could ever have imagined such a wholesome life. “No!” he shouts. “Seven years ago I’d laugh at all this. I was a chef’s chef, the ultimate fuck-you chef. I’d be like, ‘What are you doing dude?’ I’d be one of the guys saying to me, ‘You’re not a fucking chef’ … Life is so short. I don’t care anymore.”

Late last year he released his first cookbook, the New York Times bestselling Matty Matheson: A Cookbook, which features family recipes, early inspirations and current creations alongside personal anecdotes. There are recipes for his Dad's Gumbo and a riff on seafood chowder alongside his Parts & Labour recipes such as Pigtail Tacos and the P&L Burger.

This year he’ll release his first self-produced series Just A Dash on YouTube, an instructional cooking program that brings the viewer into his farmhouse kitchen as he prepares his favourite dishes. And he’s gearing up to open a new restaurant in Toronto. But that’s all he’ll reveal about it right now. “I talk about everything so openly – my entire life is on Instagram – so I’m trying to make this a little … just like, when it opens it opens … I don’t want to say the name … I don’t want to do anything until everything is solid.”

Matty Matheson is cooking two sold-out dinners at Shobosho on Wednesday June 19 and Thursday June 20. He will also be making katsu sandos at a walk-ins-only lunch on June 20.