“It Feels Like a Death in the Family”: Newtown Pay-What-You-Can Restaurant Lentil As Anything Closes

Last week the eatery’s chef arrived to find the locks had been changed. Here’s what we know. 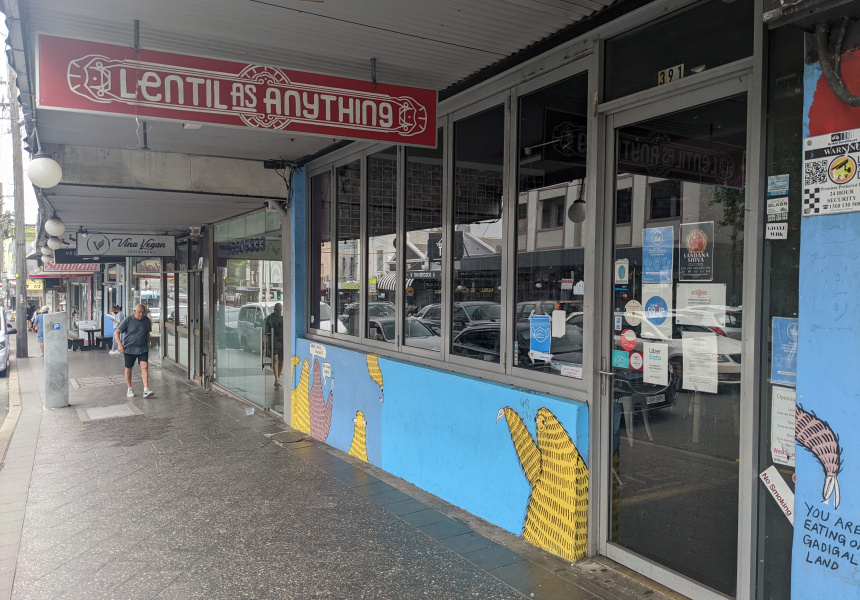 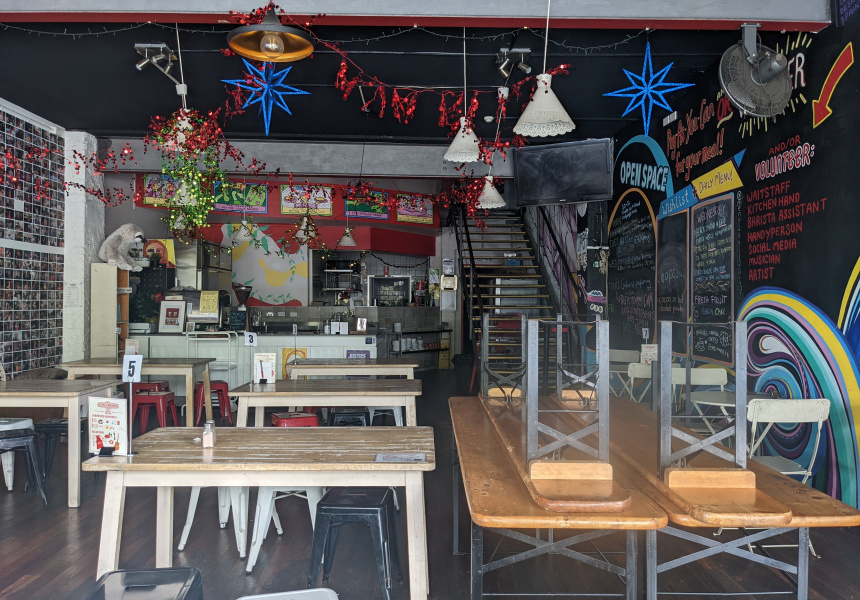 It’s a sticky afternoon on the second-last Sunday of January and Newtown’s south King Street is bustling with latte-sippers, antique-seekers, op-shoppers and mini-golfers.

But at the heart of the bohemian street there’s a hole in the atmosphere – the usually packed pay-what-you-can charity restaurant Lentil As Anything sits static, unlit by power or its usually buzzing clientele.

The restaurant is still decorated for seasonal celebrations and notices of upcoming performances; its mantra of “Everyone deserves a seat at the table” is written on signage and the decor.

Whoever hung those signs wouldn’t have known that, come Thursday January 20, the popular restaurant would close permanently, locked out by the building’s landlord after the two parties failed to amicably reach an agreement regarding rent.

Head chef and manager Nishat Merchant arrived at work that afternoon, fussing with her keys after they failed to unlock the premises like they had the last hundred times.

“I thought I’d got the wrong key but when I tried the back door it didn’t work either. That’s when I realised it was over, they’d changed the locks,” Merchant tells Broadsheet. “It feels like there’s been a death in the family. We’re in shock, we’re in mourning.”

Lentil As Anything runs three charity restaurants across Melbourne, and its sole Sydney location has been providing food for the hungry, cultural spaces for the community and work for asylum seekers since 2014.

“I keep thinking about our regulars who rely on us for their meals. Where are they going to eat today?” says Merchant. “I’d just hired new staff, from Nepal, from India, from Peru; they’re all in their twenties – my daughter’s age. What are they going to do now?”

Through the pandemic, the socially minded enterprise has struggled with financial hardship due to reduced patronage and lockdowns.

The enterprise raised upwards of $370,000 via a crowdfunding campaign in 2020, but reported in the past weeks it required $400,000 to keep its three Melbourne restaurants open.

But allegations of financial mismanagement have also been reported. An audit commissioned by former board members was leaked to the press in 2021, alleging Lentil As Anything founder Shanaka Fernando had committed financial mismanagement, used the company for personal gain, abused government grants and listed a friend as a “ghost” employee. Auditors noted that the state of financial records made it “difficult to assess for or against improper conduct”.

A spokesperson for Garrison Partners Real Estate, which manages Lentil As Anything’s Newtown premises, told Broadsheet that Lentil As Anything and its owners owed three years in water rates as well as a five-figure sum in unpaid rent.

Tributes have flowed from customers, workers and well-wishers lamenting the closure as the beleaguered enterprise tries to find a new home for Lentil As Anything in Sydney.

Read Lentil As Anything’s statement on the closure here.