Ganesh Versus the Third Reich comes to Carriageworks for its Sydney debut, and captures the moving, confronting journey of a Hindu god in Nazi Germany – all conjured up in modern day Geelong. 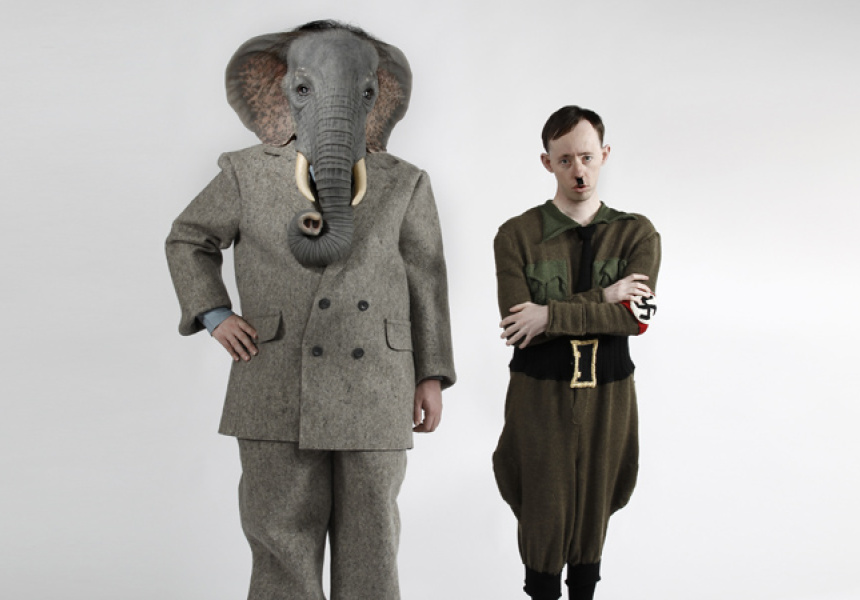 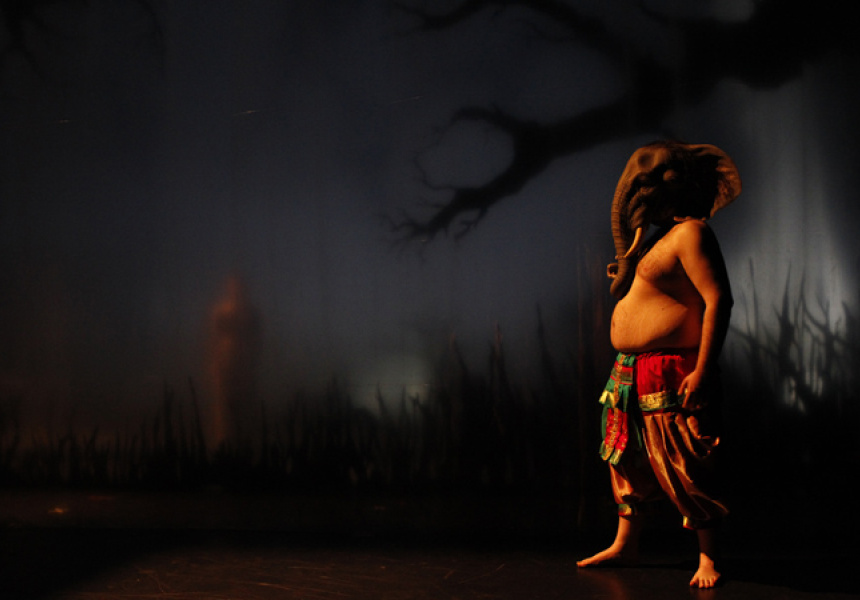 To even attempt to explain Bruce Gladwin’s play Ganesh Versus the Third Reich, performed by Geelong’s Back to Back Theatre company at Carriageworks this week, is a difficult task.

The uncanny story follows the elephant-headed Hindu god Ganesh on a quest to reclaim the swastika, an ancient Sanskrit symbol literally derived from the phrase “to be good”. Notoriously appropriated by the Third Reich of Nazi Germany, the symbol has become, perhaps irreconcilably, tarred by association.

In the meantime, the cast of the play are on their own fraught, diabolical journey from production to performance, a meta-fictional tangent that Gladwin refers to as a “fictionalised autobiography”.

If that doesn’t make this tale more impossible to neatly summate, there is a third element that cannot (and should not) be ignored: the cast are all what is commonly referred to as intellectually disabled. This simple fact acts to highlight their own individual struggles as well as those of the audience, who are forced to confront some uncomfortable truths about their own reactions to what they see.

Gladwin describes the somewhat absurdist content of the piece as born from “the hearts and minds of the actors”.

“We had one guy who was obsessed with Ganesh and another who created a neo-Nazi character after playing around with octaves and auto-tune to alter his voice. These interesting thematic points were then conceived on the mystery of how the Nazis arrogated the swastika. In many ways, this play is a product of Google,” he says.

The ethical and moral difficulties that surround the examination of a part of history that many would rather forget are confronted head on. By creating multiple, simultaneous narratives – Ganesh’s, the cast’s and the audience’s – Ganesh Versus the Third Reich attempts to draw attention to the role of the individual within the group, both historically and in the moment of performance. Those who have come to watch need not dread being called onstage to become a part of the show, but they can expect to have their motives and internal responses challenged, if only within their own mind.

“It’s hard to know what is going to confront people,” poses Gladwin. “Is it merely the fact that they are watching a group of actors who have disabilities onstage? Or the irony of the play being set in World War II Germany, where the Nazis killed hundreds of such people?”

Gladwin doesn’t expect audiences to gain conclusive answers to the myriad of questions posed by the play, but he does hope that the work will at least prompt us to consider such difficult topics. While Ganesh Versus the Third Reich might be about an ancient Indian god, the atrocities of war, society and its understanding of disability and collective guilt, it is also a work of art – funny, moving, important and entertaining.

“The actors are who we work with and who we employ; the company is defined by who they are and my job is to make great shows with them,” says Gladwin.

If it is really as simple as that, the overwhelming success of the performance – which makes its Sydney debut at Carriageworks this week after receiving praise in New York, London and Vienna – suggests that Gladwin and Back to Back Theatre have done their job and more.

It seems only natural that a play about a Buddhist and Hindu deity, set in Germany and conjured up in Geelong, should have such global appeal. “It is a privilege to be able to make a work that has an ongoing life,” enthuses Gladwin. “It’s a dream come true.” A messy, complicated and powerful dream.

Ganesh Versus the Third Reich plays at Carriageworks from March 12-15. Tickets are on sale here.