How to Wait for a Table in Melbourne

Ryan Shelton asks: is it possible to make a return-trip to a beachside holiday destination in the same time it takes to be seated at a popular Melbourne restaurant? 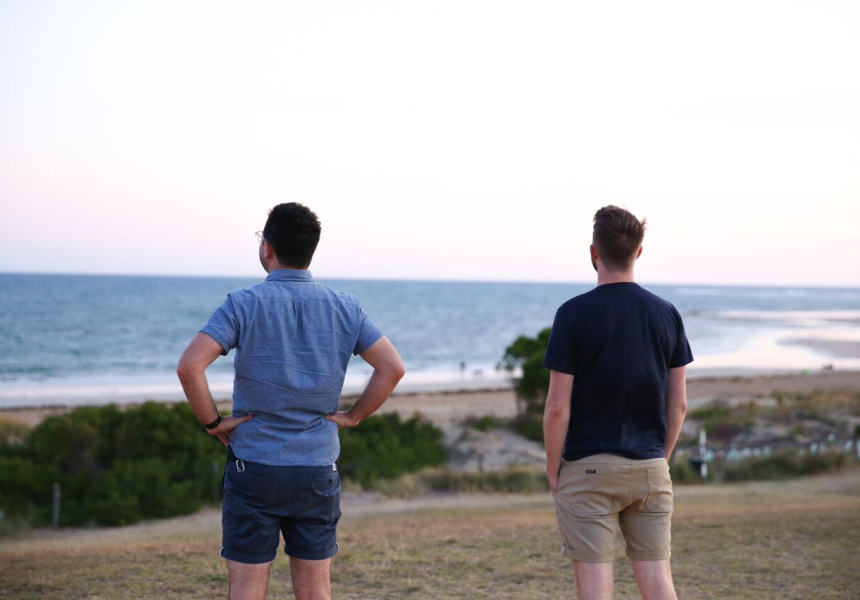 This is going to sound insane. But not too long ago restaurants offered a service that allowed customers to call ahead and book a table for a time that suited them. The popular service was called making a booking and it was available to anybody at anytime.

For a while, the nifty service was a huge hit.

But eventually the convenience of being able to plan our own lives became tiresome. Bored diners began begging restaurateurs to do away with the dependable booking system and replace it with a more modern and exhilaratingly unreliable first come, first served system. Almost immediately, shiny new restaurants delighted in watching their loyal customers wait up to three and a half hours for Thai food or Thai street food.

Recently, The Lucas Group (Chin Chin, Baby, Kong) opened Hawker Hall on Chapel Street – a food-and-beer hall inspired by the hawker centres of Singapore and Malaysia. And just like its older sister Chin Chin, it has also adopted the popular first come, first served policy. I’d heard reports about Hawker Hall’s lengthy table-wait times and couldn’t wait to experience it for myself.

My opportunity arrived last Saturday night as my friend Tim and I walked up to the “walk-up” restaurant at 7.30pm, unsurprised to discover a long queue of hungry diners spilling out the front door. Of course, they weren’t waiting to actually eat dinner. They were waiting to be told how long they’d be waiting to eventually eat their dinner. Wowee! This is like Disneyland! 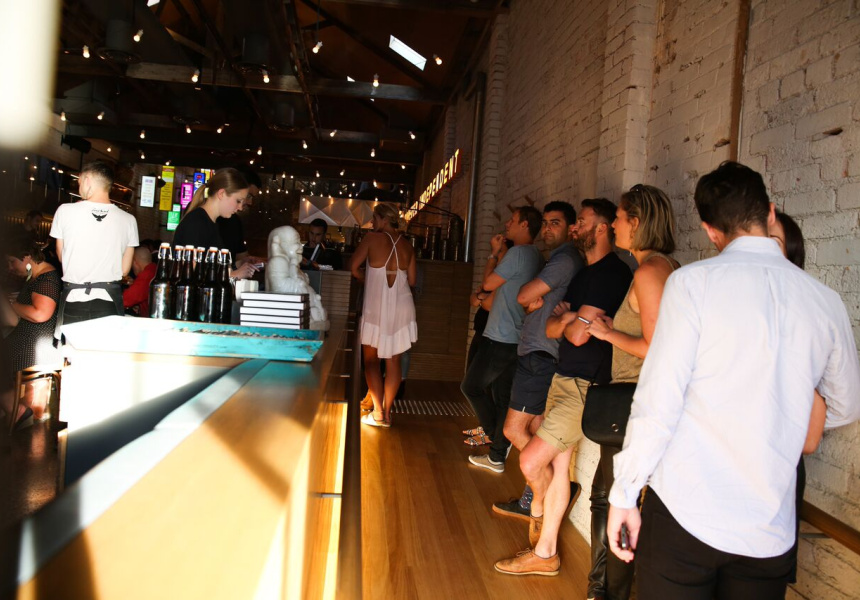 Minutes later (7.35pm) we reached a friendly greeter who broke the news to us that the approximate wait for a table was now expected to be “well over two-and-a-half hours”. Or in layman’s terms … pretty much tomorrow.

Unlike Chin Chin, Hawker Hall doesn’t have an adjoining bar for you to drink at while you wait. Instead, you’re forced to entertain yourself.

So what does one (or two) do for well over two-and-a-half hungry hours? Food is obviously out of the question because it’s only 7.35pm and you might spoil your dinner in three hours’ time. So I dreamed up three legitimate activity suggestions that you might want to try next time you’re waiting for your table at Hawker Hall.

Activity #2 – Workout at nearby 24-hour gym, Anytime Fitness
Before you treat yourself to a late-night feast of popcorn chicken and dumplings, why not execute a pre-emptive strike on your mid-section? Sign up for Anytime’s FREE seven-day trial and take the leisurely 10-minute powerwalk to Anytime Fitness on Grattan Street, South Yarra. Keep your workout to 90 minutes or less, leaving yourself sufficient time for the walk, a stretch and of course a post-workout shower.
Total time: 2 hours 30 minutes (approx.)

Activity #3 – Drive to Torquay for a beer at Growlers
Situated right on the beach with one of the best views on the coast, Growlers is the spot to be when you’re in Torquay – a lofty claim conveniently backed up by growlers.com.au. And really, in the grand scheme of the whole of Australia, Growlers isn’t too far away from Melbourne at all. With just 1 hour 21 minutes from Hawk to Growl, you’ll have plenty of time (10–20 minutes) for a relaxing ice-cold beer on the coast.
Total time: 3 hours (approx.)

No doubt these are all brilliant suggestions – a lofty claim conveniently backed up by broadsheet.com.au. But since both Tim and I had already seen Star Wars, and people are always telling me I’m “far too skinny”, we went ahead and selected Activity #3. 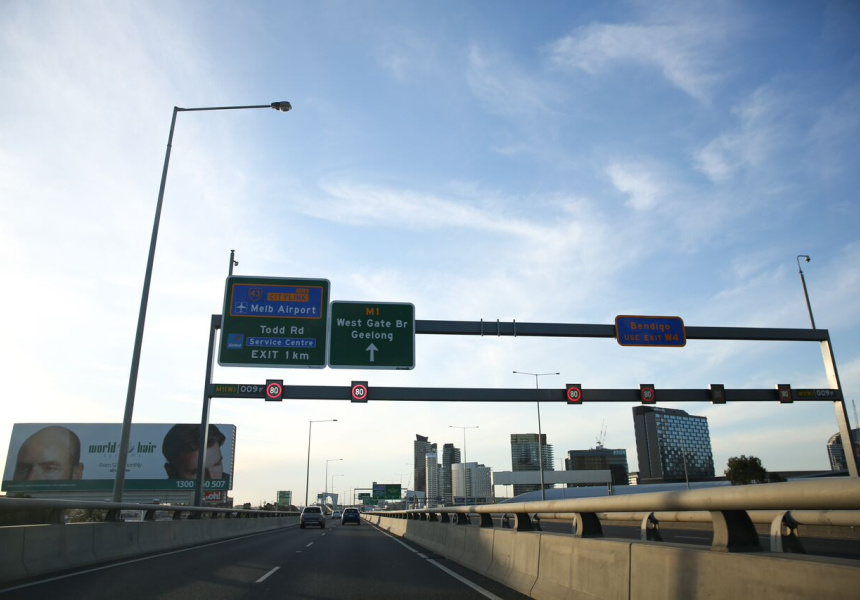 Within minutes of leaving my name and number with said friendly greeter, we were off – driving the first leg of our impulsive road trip to 23 The Esplanade, Torquay. It was clearly going to be a tight turnaround, so we were banking on the fact that “well over two-and-a-half hours” was Singaporean or Malaysian for “bang on three hours”. Would we make it? Only time (or someone from Singapore or Malaysia) would tell.

Google Maps’ estimation of 1 hour 21 minutes was spot on. However we did briefly stop at one of those roadside phones for information, but Chris from Vic Roads had no update on the availability of our table. 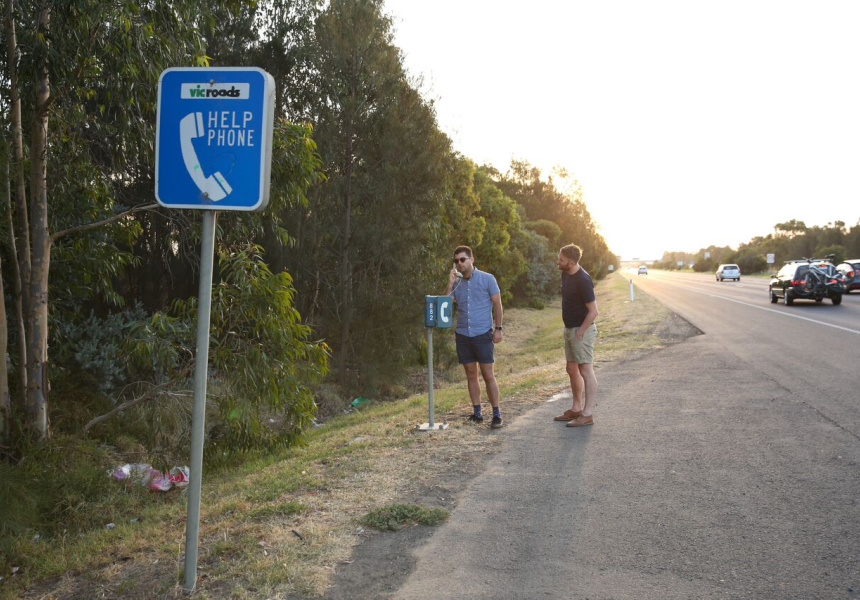 We arrived at Growlers in Torquay at exactly 9.03pm, and after a delicious pot of Geelong’s own Furphy Ale, and one-and-a-half covers of Jamaica’s own Bob Marley, we were back on the road to hopefully eat dinner. I say “hopefully” because a concerned Google Maps alerted us to the fact that we might not eat at all considering Hawker Hall’s listed closing time. 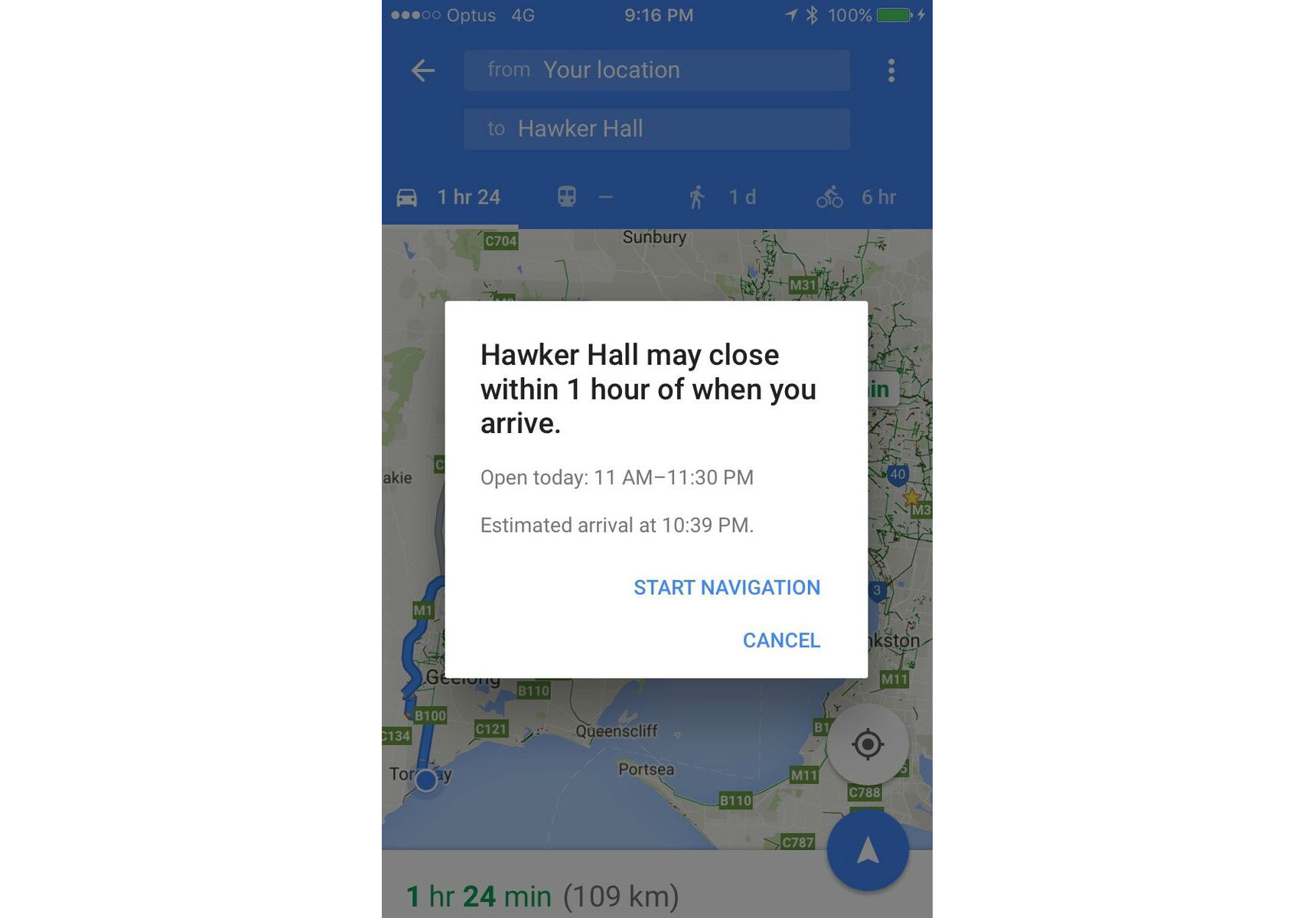 Fortunately, Google’s panic was ultimately unfounded. At 10.21pm, while cruising back down Queens Way, we finally got the text message we’d long been waiting for. Our table at Hawker Hall was finally ready… two hours and 46 minutes later.

Another 14 minutes passed and we rolled up to the restaurant to find a park right out the front – like rock stars (albeit slightly unconventional rock stars that are opposed to preferential treatment and favour eating dinner roughly three hours after they initially planned to).

As we sat down, Tim and I were amazed that we were still hungry after that one pot of beer we’d had 90 minutes earlier. So we scanned the menu and hurriedly ordered a massive Hall of food.

But while you may have to wait hours and hours to finally be seated at Hawker Hall, the same cannot be said for its food. Our popcorn chicken and prawn dumplings were not only delicious, but also magically delivered to our table no more than a minute after we ordered them.

That’s what I call fast food.