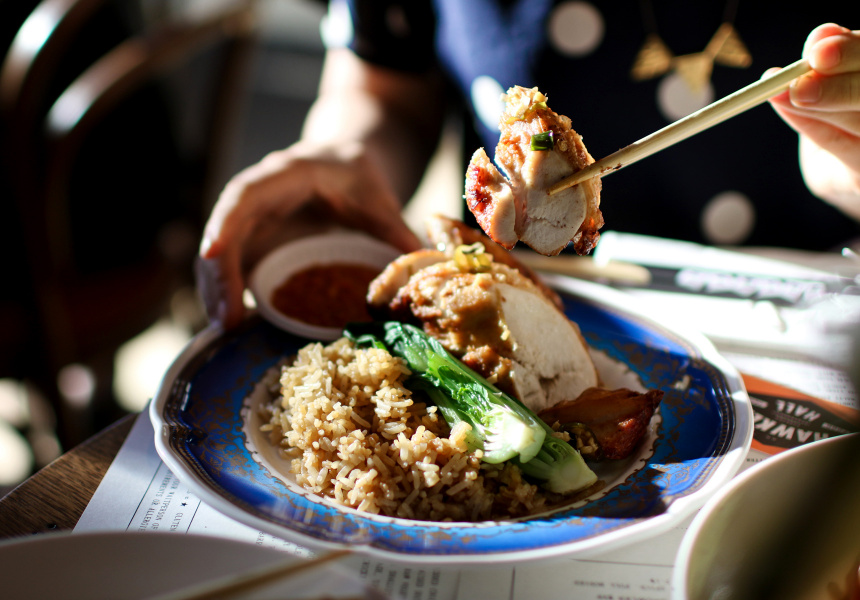 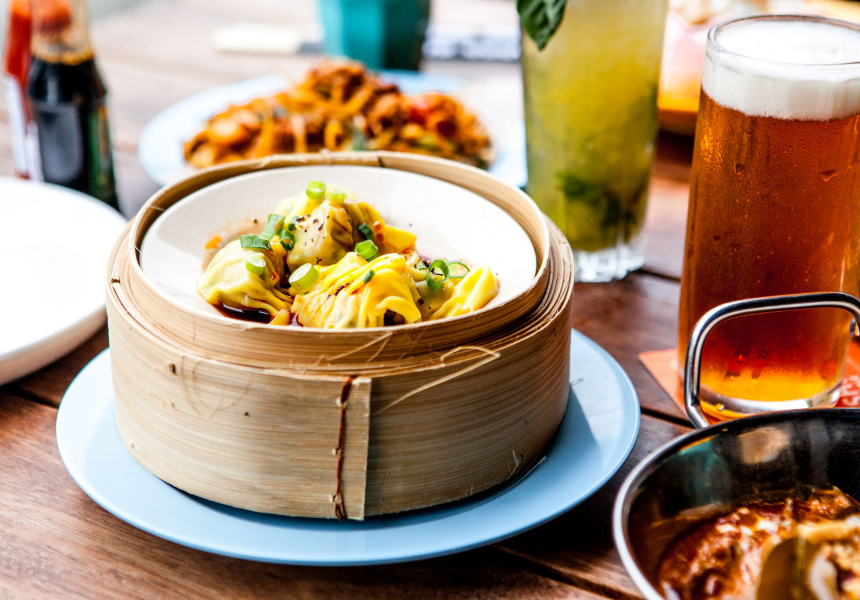 In the ‘90s, restaurateur Chris Lucas lived in Japan for three years. More than half of his time was spent travelling through Asia, immersed in its food culture. Such was the inspiration for Hawker Hall, the fourth addition to The Lucas Group, after Chin Chin, Kong and Baby.

Like its sister restaurants, Hawker Hall has an inimitable energy. A lot of that is down to the thumping sound system by Urban Intelligence. Given the right track, you’ll feel the bass as much as you hear it. You might also feel a little hoarse after your visit.

Then there’s the buzz generated by 160 diners, who are spread beneath strings of festoon lights and a row of vertical signs advertising mock hawker stalls: "Chong Lee economy noodle"; "Open late for hungry people"; and so on. Like Kong, the space teeters on the edge of kitsch but never quite falls in, thanks to the good taste of interior designers Eades & Bergman and Craig Tan Architects.

The menu is overseen by head chef Damian Snell (ex-Charlie Dumpling) and runs to more than 60 items, with most items under $20. It’s a hit-list of Malaysia and Singapore’s best hawker market dishes, with a few other influences. In addition to noodle, rice, roti and curry dishes, expect plenty of cumin, turmeric and cinnamon courtesy of Malaysia’s Indian connection.

This food more or less demands a salving beer to accompany it. With 18 taps on site, there are plenty to choose from, including the house brand, Shiki. It’s brewed as a lager, pale ale and white ale, the same easy-drinking styles that dominate the rest of the menu.