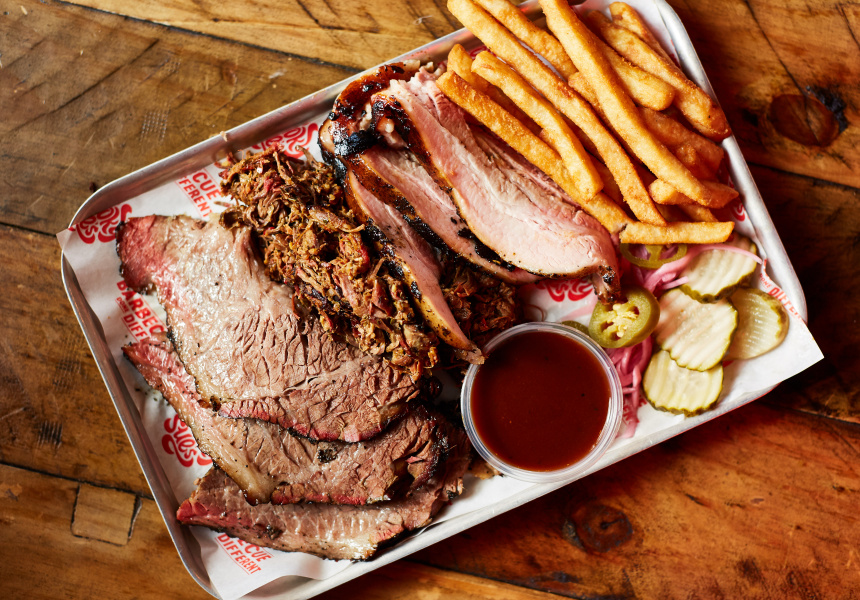 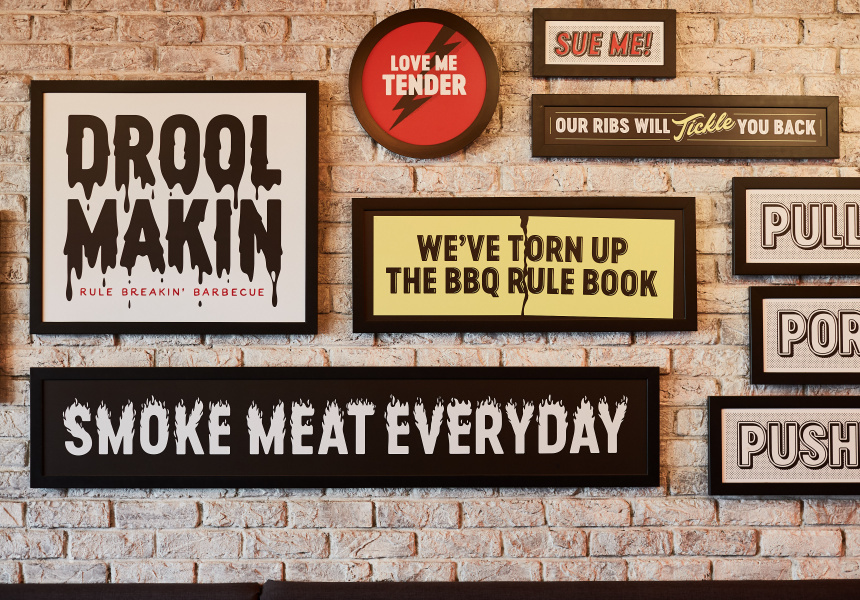 Smoky Sue’s is more than just a name. It’s a nod to this restaurant’s unusual style of American barbeque, which begins with sous-vide cooking before the meat is hickory smoked. The idea is to cook precisely while retaining juiciness. But not all the rules have been thrown out the window. The salt and pepper rub on the beef is Texas-style, and the barbeque sauce is from the Carolinian tradition.

The menu is full of classic barbeque cuts including beef brisket and pulled pork. Platters, which include at least three meats plus sides and sauces, range from $39 for a single to $79 for a group. Burgers are also available, including the Ribby McRibface, which contains an entire beef short rib, bone included. The meat is tender enough that the bone can be removed without making a mess. Eating it is another story.

With a smoker imported from Kansas, Smoky Sue’s fully embraces the stereotype of American excess. Portions are large, and toppings and sauces are lavishly loaded on. Drinks range from cocktails to milkshakes.