A new artist-run gallery is working to keep our artists in Adelaide. 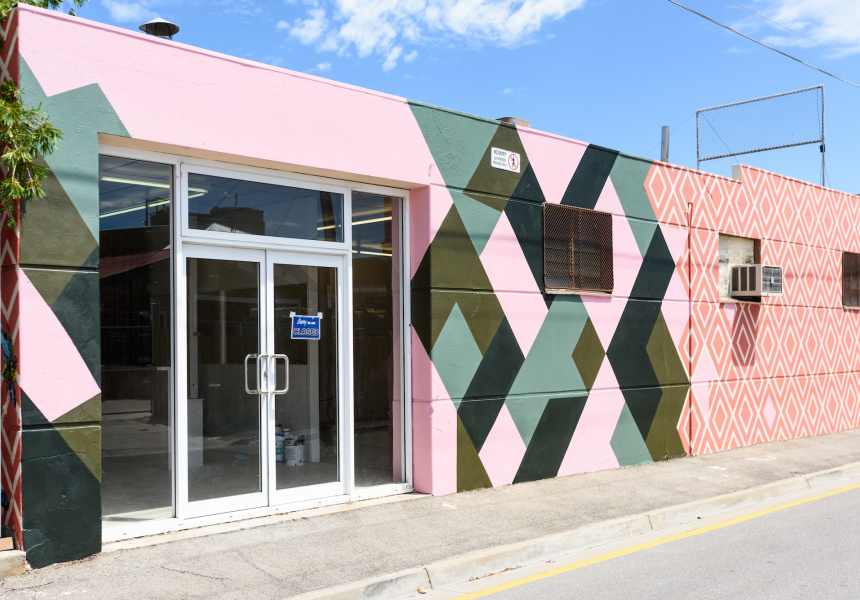 When Fontanelle Gallery opened across the road from Conroy’s beleaguered meat processing plant in 2012, there was no way of knowing what a success it would be.

At the time, Bowden was an industrial area – its identifying characteristics were polluted earth and chain-link fences, mementos from the days when Clipsal was known for a factory more than a car race. But Bowden also had a strong creative streak. Cirkidz and the Bike Kitchen thrived in the area. Painted Stobie poles, murals and found-object artworks added character. Then a contemporary art gallery was thrown into the mix – Fontanelle founders Brigid Noone and Ben Leslie worked hard to bring people out to Bowden to experience the arts. They strived to support and include the community they were situated in.

Fontanelle has now found a new home in Port Adelaide, thanks to the City of Port Adelaide Enfield. Noone and Leslie didn’t want the Bowden space to lie dormant, so they started talking with two keen gallery volunteers, Ashleigh D’Antonio and Mia Van den Bos. D’Antonio, particularly, had always dreamed of opening a gallery, so getting the keys to an established, familiar space seemed like a fantasy.

A professional agreement was reached, and the gallery switched hands, beginning its transition to Sister. The new name emerged from the idea that this would be the “sister” space to Fontanelle – though Van den Bos says Noone and Leslie are more like “art parents”, or a “cool aunt and uncle”, than siblings. With the support of Helpmann’s Elevate mentorship program, Noone and Leslie are giving guidance to the first-time gallery directors.

Sister’s aim is to represent young and emerging artists who would otherwise not be considered for exhibitions in Adelaide’s other galleries. Sister will also facilitate new media works by hosting an online gallery complementing the physical space. They’re diving right in with the technological marvels: the first exhibition features a virtual-reality work by artist and filmmaker Gilbert Kemp Attrill that explores intimacy, proximity and perceptions of space. Showing alongside it is a group exhibition by SA-born-and-raised artists Alex Degaris-Boot, Madison Bycroft, Alex Perisic, Grace Marlow, Isabella Mahoney and Nerissa Kyle.

Already, Van den Bos and D’Antonio are fielding enquiries and discussing the assumption that, because it’s run by two women and is called Sister, the gallery is a women-only feminist gallery. They’re both feminists, but state clearly that the gallery is “more intersectional than just a feminist space”.

“We’re a space that’s focused on under-representation,” says Van den Bos. “It’s more organic than saying ‘We are a feminist space’ and that’s the end of it.”

“It extends further than just working with young female artists,” adds D’Antonio. “It’s a space that’s aware. Given our age and all the things we’re involved in, I don’t think we have any other choice than to be aware and supportive of diversity in the arts.”

Two industry closures have left contemporary artists a little stranded in Adelaide: the Australian Experimental Art Foundation (AEAF) and the Contemporary Art Centre of South Australia’s (CACSA) Porter Street gallery. These losses have made the Sister directors fiercely protective of Adelaide and the artistic communities here.

“The only way to successfully build a great arts community here is to stay here; to keep great artists on board at home, and to draw people back after they’ve studied and exhibited abroad,” says D’Antonio.

Van den Bos agrees. “That’s why Fontanelle, Brigid and Ben are so amazing. They built that community and they’ve passed the torch to us. They could have closed the doors and moved on for themselves, but they kept it growing, and that’s vital.”