A New Moon in West Melbourne

Sure, it’s serving good coffee, but this new cafe has customers seeking it out for its dim sims. 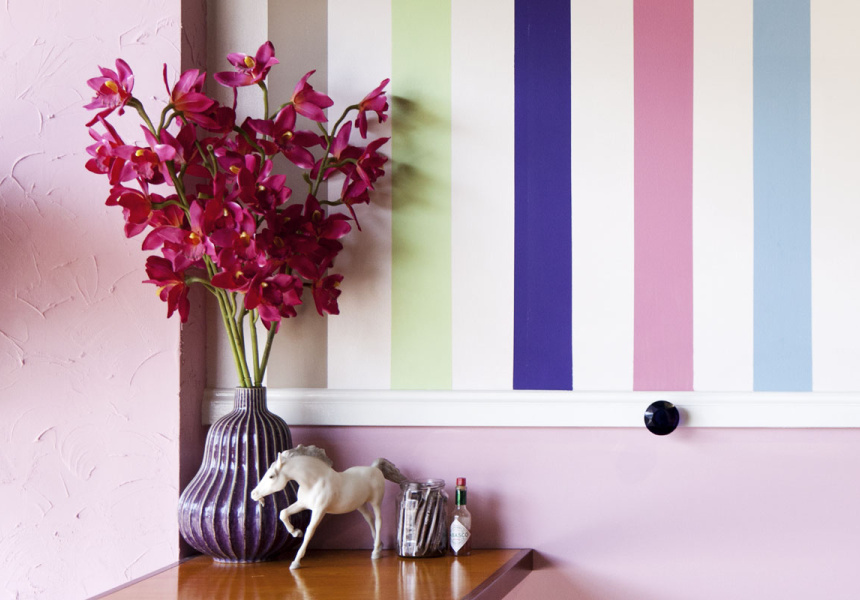 Nestled on the corner of Spencer and Stanley Streets in West Melbourne, newly opened café Junie Moon’s is a playful space complete with retro striped walls, a chandelier made of plastic fruit and a striking mural on the back wall.

The room was designed by co-owner Scott Jansen and cleverly balances a relaxed vibe despite the bright colours and quirky vintage ornaments. This could be down to Jansen’s partner in crime, chef Sophie West, who calls everyone ‘mate’ and knows a lot of her customers already. The fact that the pair owned nearby Cafe Romulus until late last year hasn’t hurt either.

To add to this, West is garnering a cult following for her handmade steamed dim sims. Unimpressed with the quality of dim sims on offer in the area, West made some of her own and now they’re so popular she can’t take them off the menu. They are a meaty mix of pork, garlic, ginger, a touch of chilli and lemongrass, served with chopped spring onion and coriander and finished with a dressing of soy and black sesame seeds. But this isn’t an Asian-inspired cafe as such – there are sandwiches available as well as house-made cakes, all by West. The coffee comes courtesy of Supreme and is well made. In a lovely touch, the couple named the cafe after their baby girl, June. For the trivia buffs, the title also references that of a 1970 film, Tell Me That You Love Me, Junie Moon, starring Liza Minnelli.