For most, Christmas day is a whirlwind of food, extended family and wrapping paper. We’ve picked out four standout wines to carry you through the day, from prawns to pudding. 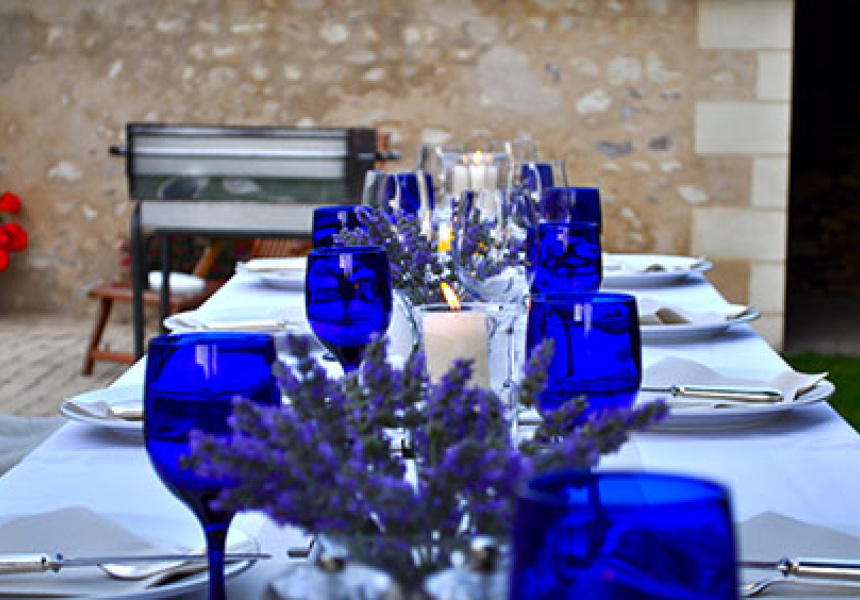 You’ve sung Good King Wenceslas four times and your cheeks have been pinched to a ruddy pink. You’ve waded through the flotsam and jetsam of discarded wrapping paper, while eddies of tinsel whip across the living room. Granddad may have mistaken the linen cupboard for the bathroom and sticky eggnog fingerprints smudge the silverware. All the while, the back and forth of backyard cricket provides a soundtrack to the afternoon. An Australian Christmas in every sense. There is a wine for every stage.

Canapes
The loudest voice calls the troops in and presses glasses into waiting hands. The first glass of the morning has to be something fizzy and crisp, and what says ‘Australian Christmas’ more than a tall, cool, deeply purple sparkling wine? Not only refreshing and palate-invigorating, these wines at best are laden with dark, brambly berry fruit flavours and aromas, and lashed with the same sort of spices and rich sweetness you’ll find way down the line in a traditional Christmas pudding. 2007 Seppelt Original Sparkling Shiraz ($17) has hewn a reputation for their traditional example of the sparkling red style – the 2007 a little lighter on its feet and wonderfully thirst slaking.

Seafood
The shift from snacks to seafood is time-honoured. Ripping off the shell of a prawn learnt alongside swimming and mental arithmetic in our early years. What’s often missed is riesling – one of the most underrated and misunderstood grape varieties in Australia, even though it makes a natural coupling with our penchant for spice-laden Southeast Asian food stuffs and, of course, things of the sea. This year is a belter for Eden Valley and Clare Valley rieslings, but the top pick would be the epically named 2012 Dandelion Vineyards Wonderland of the Eden Valley Riesling ($28) – tense, zesty, steely-fresh, like a razor cutting a lime, and clipped to a chalky dry finish to reset the palate. Superb with things that once lived in salt water.

Cold Cuts
Glazed ham arrives as the centrepiece of most Christmas lunches, and something subtle and palate-enlivening helps keep stamina going. Also underappreciated is the lightly chilled red. 2011 Lam Pinotage ($27) is from South Africa’s Swartland wine region and will help the pink meat retain its sweetness while complementing it quietly. It’s produced from organic vineyards with minimal intervention between vine and bottle.

Afters
Cheese and pudding, pudding and cheese. The linear progression to end the game on Christmas Day. Well, the conclusion before seconds or thirds, at least. Viscous, thick dessert wines can be clumsy at the end of a meal, so some freshness amongst the sweetness is essential to cut through flavours in Christmas cake, custard and various fromage. 2008 Crawford River Nektar ($37) is one of Australia’s best sweet wines, showcasing floral perfume and brightness of riesling – under the flow of seamless, slippery, honeyed fruit, it’s laced with crisp acidity. A super finale.