The Tale of Princess Kaguya

In the wake of Hayao Miyazaki’s retirement and the news that Studio Ghibli will be going on hiatus, Cinema Nova's Studio Ghibli Showcase program lets us appreciate the great storytellers in all their animated splendour. 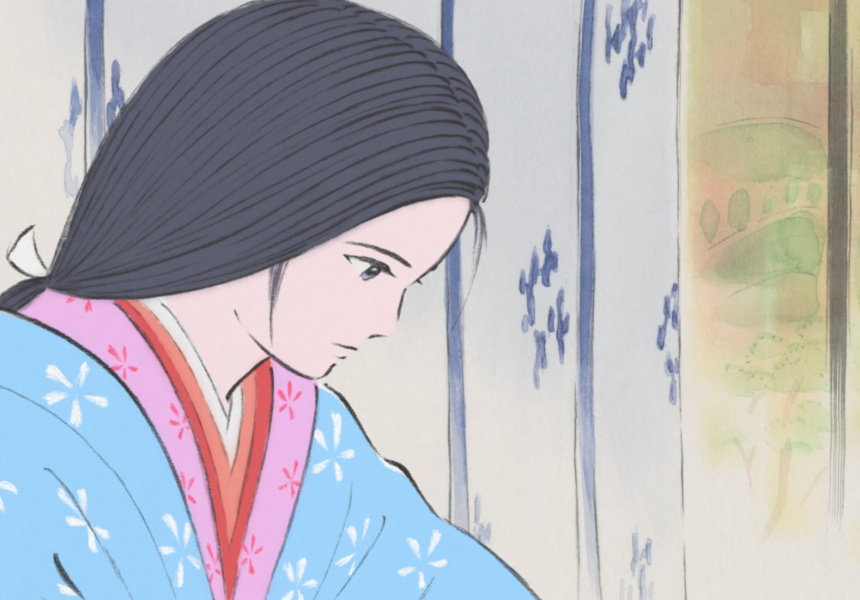 A certain animation style is still noticeable across his films, though. For his latest, The Tale of Princess Kaguya, the loose, flowing lines and hand-painted watercolour backgrounds resemble traditional Japanese paintings more than they do contemporary anime style. Princess Kaguya looks like a moving painting.

It is based on the 10th-century Japanese folk-tale, The Tale of the Bamboo Cutter –the story of a bamboo cutter who finds a magical baby inside a glowing bamboo shoot. He takes her home to his wife and they adopt her. The magical baby grows into a beautiful woman (Kaguya) in just a few years. The bamboo cutter begins to find gold and fineries inside bamboo stalks, and takes it as a sign that she is meant to be a princess. He takes her to the capital to live as a princess, but her beauty and riches mean she is soon beset by unwanted suitors. She wants to return to the simple life she had as a bamboo cutter’s daughter, but is torn because she also wants to make her father happy. Amidst all this turmoil she must also discover where she really comes from, and what that means.

While he has definitely enjoyed his share of the critical acclaim with features such as Grave of the Fireflies (1988), Pom Poko (1994) and My Neighbours the Yamadas (1999), until now, Takahata has had less international acclaim that his business partner, Miyazaki. Princess Kaguya could well change that.

Princess Kaguya in particular, which deals with themes of life, death and saying goodbye, is a fitting way to say goodbye to Miyazaki – who retired last month after 50 years in animation – and Studio Ghibli – which has officially announced it will take a break following his retirement. These may well be the last Ghibli film’s we get to see in quite a while.

The Tale of Studio Ghibli Showcase runs from October 9–October 22 at Cinema Nova.