The Little Death with Josh Lawson

We sit down with actor Josh Lawson to discuss his directorial debut, sexual fetishes and why the middle class doesn’t exist in Australian cinema. 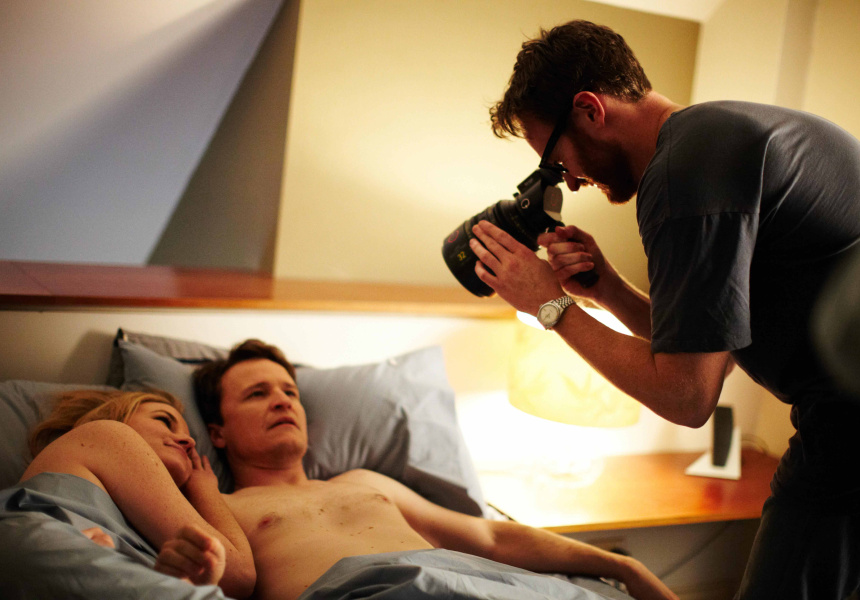 The story of five couples, each untangling their sexual fetishes isn’t your run-of-the-mill, play-it-safe Australian comedy. More than just a shallow sex romp, though, the new feature by actor, director and writer Josh Lawson explores how fetishes can complicate and challenge relationships in ways that are unique to every couple. It’s a love story we haven’t seen before, and certainly not the kind of film that tends to get made in Australia.

Josh Lawson: According to Australian film, it seems what makes you Australian is that you’ve done time, you drink beer and you love footy.

I remember when Lantana came out. I was a projectionist for a long time at cinema Paris in Sydney and I must have seen it 10 times. That was the first time I saw an Australia that I recognised on film: the middle class. And I thought: “Why are we ashamed of the middle class in this country? Considering that they are probably the people that buy tickets.” That movie really worked at the box office and was a big hit.

Then we never really did middle-class films again. American films just live entirely in the middle class, particularly when it comes to romantic comedies.

So when I worked on The Little Death, I was unapologetically in the middle class. I wanted to represent an Australia that I know, and I wanted to do something that was original, that wasn’t derivative of anything.

BS: How did The Little Death come about?

JL: I was having a conversation at a dinner party with a bunch of friends and we started talking about fetishes and it just cracked us up – but it was so riveting. There were moments of laughter, moments of intense, pin-drop silence, keen interest and just … “tell me more”. And I thought, what if I can elicit this feeling in a movie? Sex has always been that last taboo that we still giggle at, no matter how old we get. We still whisper about it or we’re ashamed of it, and some of us are proud of it – it elicits such a gamut of emotional responses.

I investigated fetishes, and the more I researched, the more I knew I was on to something, because I’d read about them and I’d be laughing to myself. Not only are they real, but they are common. I felt boring suddenly. I wanted to give the audience the same feeling that I had when I was reading about them which was gasping and laughing and cringing, often all at once.

BS: What was the craziest fetish you came across in your research?

JL: There’s one that isn’t in the film, and I can’t remember the name of it, but it’s the fetish of having your eyeball licked.

JL: Totally. And at the time I was thinking: “No one does this.” But then later I was reading about an outbreak of conjunctivitis in Japan because that fetish is so popular. And I thought, who am I to judge anyone because here I am, in my own little bubble, thinking no one gets off on that, and yet Japan is saying: “No no no … We ALL do!”

And so I wanted it to seem normal, like they are people with regular fetishes. What’s keeping one character up at night is completely normal and old-hat for another.

BS: Did you have much trouble cutting five stories down into one film?

JL: I’m pretty ruthless when it comes to length; that’s the comedian in me. We did a lot of test screenings. Seinfeld says: “Comedy is justice.” If they aren’t laughing, then it’s not funny, even if you think it is, and justice will be done. The result is a pretty tight, rollicking 93 minutes. We didn’t leave anything in that didn’t prove itself.

BS: Which is your favourite fetish or couple in the film?

JL: A lot of people say the last one is their favourite, but I think it’s because of the journey that they’ve taken.

I was very specific about letting the viewer get on the emotional rollercoaster until they get to that point, so that they are just ready to love that. I wanted the last 20 minutes to feel like almost a sexual experience, so that the audience nearly orgasms at the climax and they walk away needing a cigarette and a cold shower.

The Little Death is screening nationally from September 25.