Listen to This: Casey Golden Trio

We speak to Casey Golden about the Australian jazz scene and – from Kendrick Lamar to The Stepkids – the genre’s far-reaching influence on music. 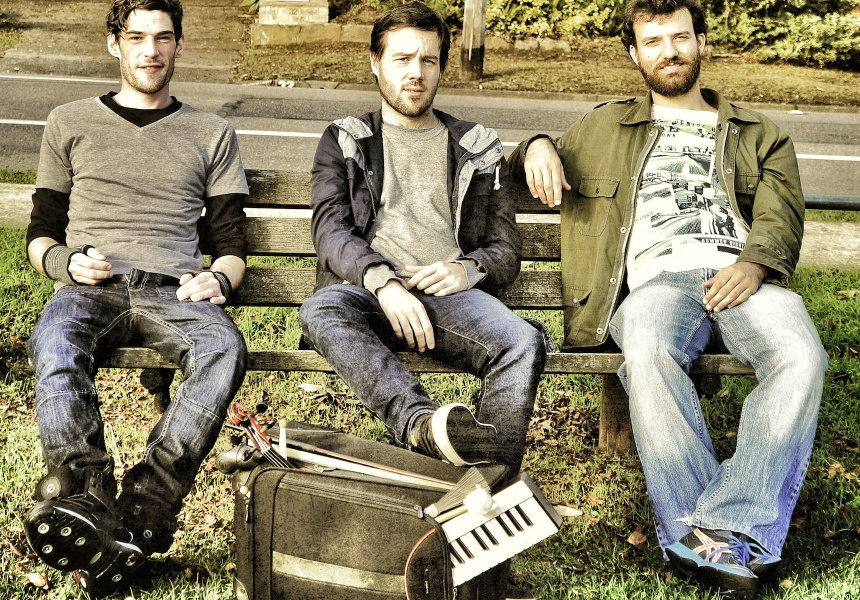 The Casey Golden Trio is an outfit of young, contemporary musicians that is already a fixture on the Australian jazz scene. Pianist Casey Golden, bassist Bill Williams and drummer Ed Rodrigues play regularly at Sydney Venue 505 and Melbourne’s Bennetts Lane.

Although the trio’s music is steeped in classic influences (Golden was born into a family of jazz musicians: brought up on his mother’s classical music collection and jamming sessions with his uncles and grandpa), the trio came together in 2010 over a diverse musical sensibility. They cite everything, from Israeli jazz bassists and American jazz trumpeters, to math rock and metal bands, as influences.

This year, it has released two albums – Outliers and Live at Bennetts Lane – and is back in the studio now to record a new EP.

Broadsheet: How is the jazz scene in Australia right now?
Casey Golden: I think the scene in Australia in general is pretty healthy as far as talent goes. There are a lot of great musicians doing some really interesting things. The difficult thing about playing jazz in Australia is that there’s a misconception among a lot of people – especially people in my generation – that it’s unapproachable and maybe not relevant. I’m obviously biased, but I really think that this is not the case. Some of the most exciting music around at the moment is coming from musicians with a background in jazz – or a strong connection with it – and I think that there’s something that everyone can appreciate in this music.

BS: Can you give me some examples of the kind of music you’re talking about?
CG: Kendrick Lamar, Flying Lotus (and most of his Brainfeeder label releases) and The Robert Glasper Experiment are some recent, high-profile (and maybe obvious) examples. But the artists that are most interesting to me are the ones taking jazz influences equally with influences from all over, and creating something different that is appealing to fans across genres. Artists like Tigran Hamasyan, Animals as Leaders, Mister Barrington, Punch Brothers and The Stepkids.

BS: If you could play in a fantasy band, who would it be with and where would it be?
CG: I really think playing in a band with people who know you and your playing will always produce the deepest and best music. I know it sounds a bit corny, but at this point, I can’t think of a better rhythm section for me than Bill and Ed.

That being said, if early-‘80s Wynton Marsalis, early-‘70s Emerson Lake & Palmer, or present-day Mark Guiliana are looking for a piano player, then I’m sure we can work something out.