A New Designer Hotel on the Peninsula

46 luxe rooms and an infinity pool with views of a vineyard. 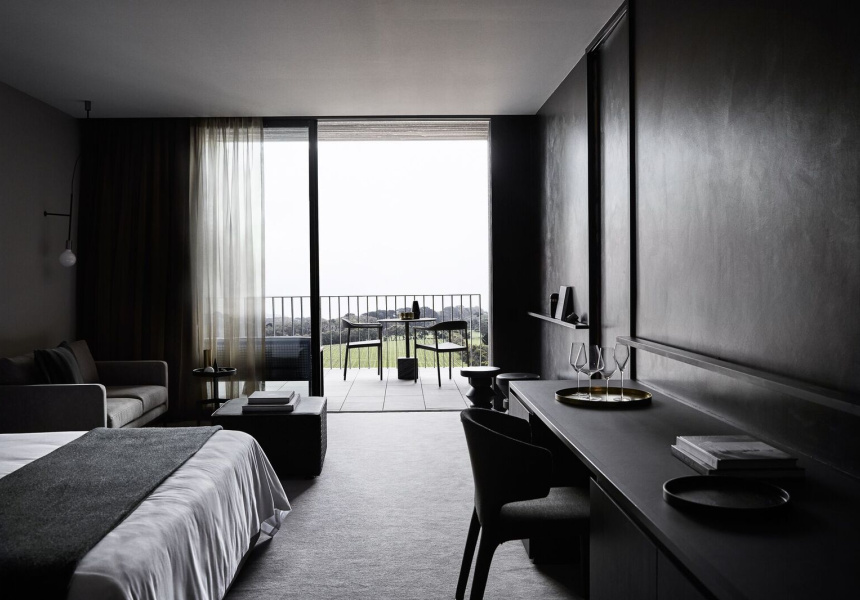 The Mornington Peninsula is getting a new luxury hotel.

Jackalope Hotel will open in April next year at Willow Creek Vineyard in Merricks North - between Red Hill and Balnarring - an 11-hectare winery planted in 1989.

Hotel owner Louis Li purchased Willow Creek in 2013, and Jackalope is his first hotel. Last year he also bought the Maria George Building in the Melbourne CBD, which is the site for a second, future Jackalope property.

For those unfamiliar with the name, a jackalope is a mythical rabbit-like creature with antlers, which Li first encountered in the form of a sculpture in a Berlin antique store. He felt the jackalope - rebellious, exceptional and uncommon - was an apt symbol for his new hotel.

"If luxury is defined by rarity, what is more luxurious than a creature so rare that it exists only in legend,” he says.

On the peninsula, 46 designer rooms will have floor-to-ceiling windows and private terraces, with some larger rooms – “Lairs” – featuring loft ceilings, a large terrace overlooking the vineyard and a double-sided indoor/outdoor fireplace. Every room will have rain showers and custom-made bath products by Hunter Lab. Some bathrooms will also contain a deep-soak luxury Japanese bath.

There will be two restaurants – a fine dining room, Doot Doot Doot; and a more casual, standalone restaurant and cellar door, Rare Hare, both run by executive chef Guy Stanaway. Stanaway was previously Executive Chef of Amankila, an Aman resort in Bali. Rare Hare's interior has been designed by Projects of Imagination. An Edwardian homestead, McCormick House, which dates to 1876, will house the hotel’s bar, Flaggerdoot.

The hotel will display a variety of site-specific art commissions and installations. Guests will be greeted at the hotel entrance by a seven-metre-tall Jackalope sculpture by Melbourne artist Emily Floyd (

The elegant rooms, public spaces and architecture were created by Carr Design Group, working in collaboration with Fabio Ongarato Design on the branding and graphics; there’ll also be handcrafted furniture by Melbourne designer and manufacturer Zuster.

Outside, a 30-metre infinity pool offers views out to the vineyard - which specialises in chardonnay and pinot noir - and the gardens have been landscaped by Taylor Cullity Lethlean.

The hotel has enlisted Tracy Atherton at its General Manager, who was previously with Aman Resorts and Hotel Hotel. 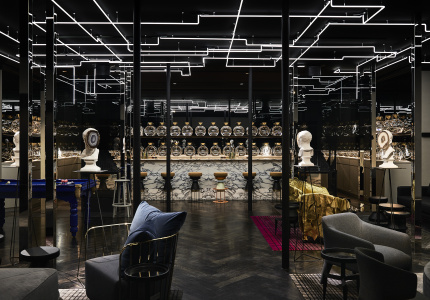 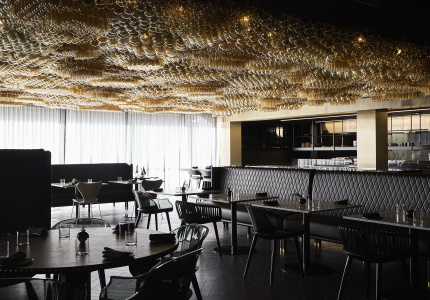 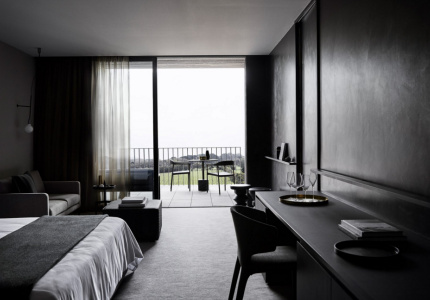