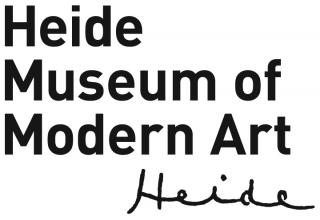 The Fabric of Fantasy 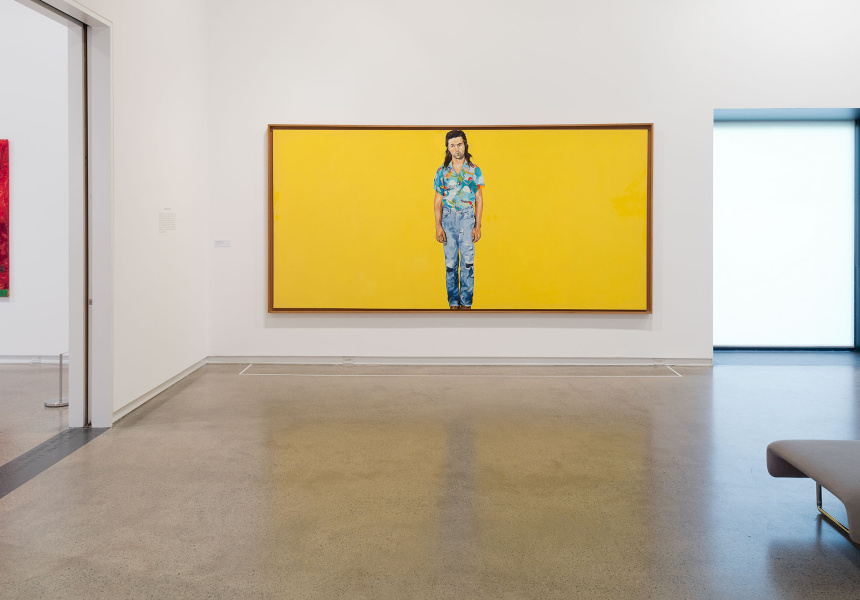 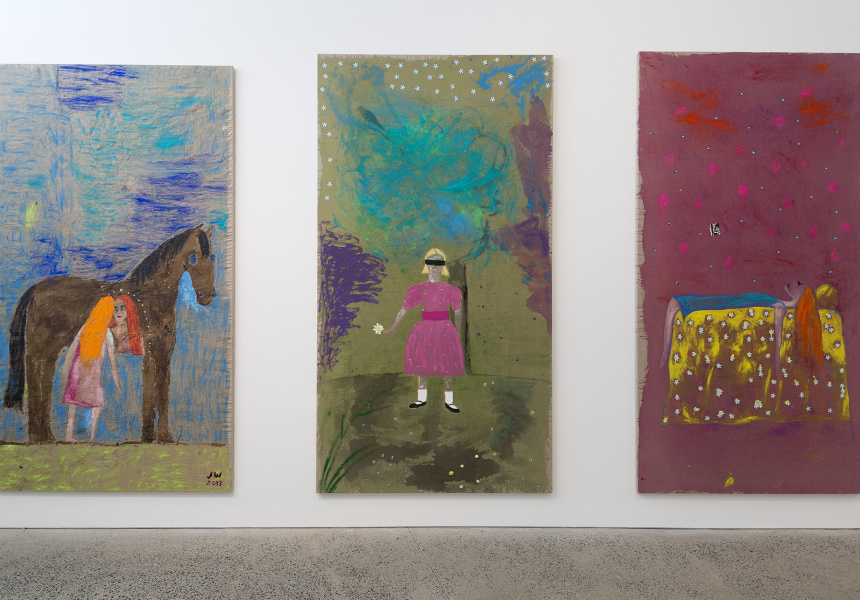 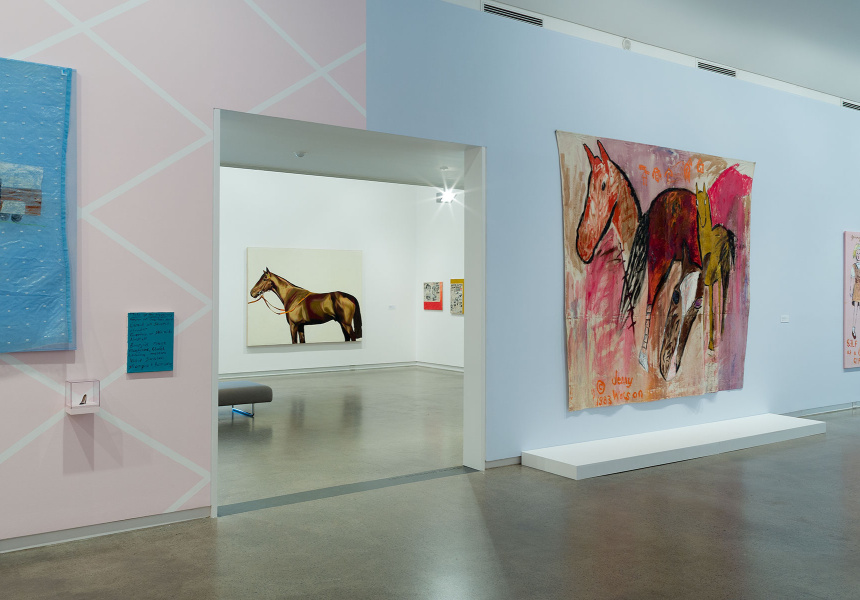 Jenny Watson paints like a child. It’s not just the subject matter, which includes horses and girls in pink dresses. It’s the approach.

“When children paint there’s a real immediacy that’s often lost later,” she says. “The very best artists – the giants, people like Jackson Pollock – keep that childishness in their process. His throwing around of paints is almost like a dance.”

A retrospective of Watson’s work, The Fabric of Fantasy, at Heide takes us through her career. Her more recent work is consciously naive, but revealing. A self-portrait of the artist as half skeleton. Another in which she looks into the flank of a horse and sees her own reflection. Some hang from pink walls, completing the girl’s-daydream aesthetic. But there’s an uneasy air of experience.

Watson has arrived at her artistic adult-childhood in a roundabout way. At the beginning of her career, in the mid-70s, she painted photorealistic portraits.

Then punk rock happened. While she was a teacher at an art school she met a young student by the name of Nick Cave, who invited her to see his band’s first show. The Boys Next Door changed her approach to art.

“Nick was a real stage animal,” she says. “The immediacy, the stage presence … It was really something to see. I wanted to make my work as exciting as that.”

The ’70s-punk approach – that technical skill shouldn’t override artistic vision – bled into her work. It continues to influence her, as does the era’s music. Watson has even made a Spotify playlist to accompany the show featuring everything from the Supremes to Suicide, with nothing from after 1979.

One room here contains her most musically inclined work, including portraits of the Go-Betweens and a murky, anxious painting of the inside of legendary St Kilda rock bar the Crystal Ballroom.

The interplay of image and text was another regular concern for Watson as she deconstructed what a painting could be. “‘I got a speeding fine,” she paints in scrappy handwriting alongside descriptions of make-up routines and confessions of a night out. “She didn’t use a needle, but she did wake up in the gutter.” They’re not all so literal. “I’ve got a dirty pig on my mind,” says one small canvas, extremely easy to miss, high up the wall.

Watson says Cave’s performance that night wasn’t unlike ballet, or a showjumping horse. And it’s that idea of freedom and energy that defines her work.

“Jackson Pollock did that too. The end result is a painting, but you can still sense the movement that went into it,” she says. “Finished painting is not something I’m particularly interested in. I want the footprint of how it was made to remain obvious.”

Jenny Watson: The Fabric of Fantasy is at Heide Museum of Modern Art until March 4.