From Bedroom Tinkerer to the Top of the App Store, In 11 Days

Will Bishop is a part-time app developer, part-time Year 11 student whose work is gaining worldwide attention. 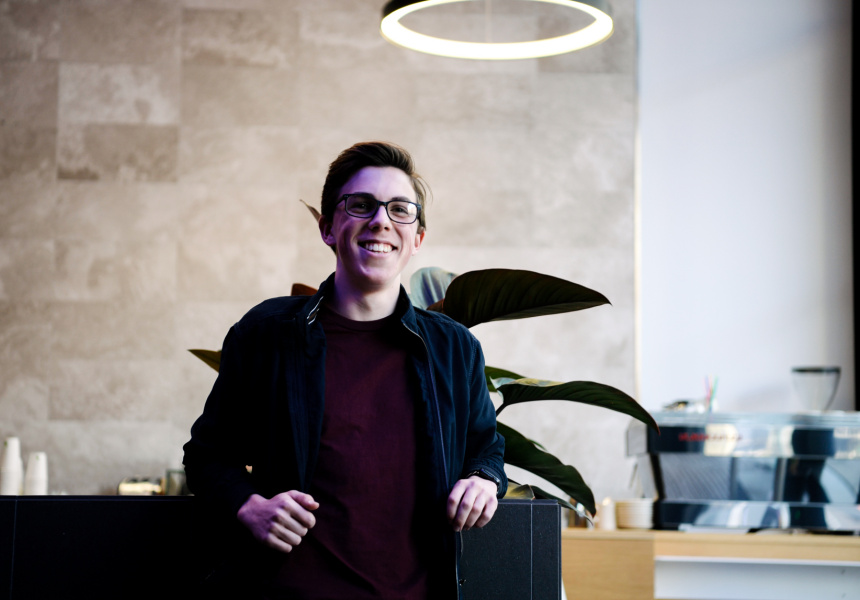 Will Bishop is 16 years old, lives at home in the Adelaide foothills, and his latest app for the Apple Watch just made the number-one slot on Apple’s USA App Store. What did you achieve in your school holidays?

Bishop’s new release, Chirp, hit the market less than a month ago and has already amassed 21,000 users. It allows Apple Watch owners to access Twitter – which seems like something they would be able to do straight out of the box. But Twitter (along with Instagram, Facebook and other social media sites) recently pulled its official Apple Watch app. Frustrated by this, Bishop created Chirp to fill the void. Importantly, Chirp also includes accessibility features for vision-impaired users.

Bishop already had a similar app available for users who wanted to access forum website Reddit from their Apple Watch. Nano for Reddit debuted on the App Store back in April and made a small ripple through the scene, clocking up 13,000 downloads.

“People started asking me to make a Twitter app,” Bishop tells Broadsheet. He was hesitant at first. “I thought, ‘I’ve got school, I’ve got this other app up’ … But I started making it anyway and 11 days later, it was finished.”

The turnaround represents a mountain of a learning curve. Nano for Reddit was five months in development, but Bishop built and released Chirp over the winter break.

“Programming is like a way of thinking,” Bishop says. Essentially, you’re learning a new language, and it gets easier as you become more familiar.”

Bishop took basic programming in school but is self-taught when it comes to making apps. He says his process involves “A lot of Googling” – hours scouring the internet for forums and tutorials, laying down each stepping stone towards his end goal. He also hits up other developers directly, asking how they achieved this or that. “There’s a very friendly community around [developing], and that really helps out,” he says.

“Watch apps are built on workarounds,” says Bishop. Apple is notoriously protective of its frameworks and certain functions, so independent developers have to pull together often-disparate functions into a cohesive product.

The day after Chirp was released, Bishop was tweeted by someone asking if it could be updated to include vision-impaired users. “I hadn’t event considered that,” Bishop admits. “I told him as soon as school holidays started, I’d give it a crack.”

Apple’s text-to-voice software, Voiceover, comes preloaded on its watch, but is not very intuitive. For example, “[Chirp] had an icon for retweet, but Voiceover just said ‘button’ or ‘image’,” Bishop explains. With a little research he discovered he could recode and relabel the buttons to make them more user-friendly. “You can’t see those labels, but they’re there if you’re using text-to-speech.”

He sent out a new version to four vision-impaired users for testing before releasing the update. “It was met with a lot of support from the blind community,” Bishop says. “I’ve had people reaching out on twitter to say thanks.”

Bishop is shrewd and naturally curious. He started messing around with iPhone apps before he owned an Apple Watch. “It all snowballed from [thinking], ‘I wonder if this is possible?’” he says. He chose Reddit for his foray into the public sphere because of the availability of its content. “Anything that’s posted is instantly available to developers,” he explains. “I quite like Reddit myself, so it made sense to build as my first project.”

Together, his apps have netted around $7000 in just over four months – despite being free to download (at least in their basic form). But for Bishop, the experience has been more valuable in terms of discovery and exposure. “Money is more like a happy side effect.”

Chirp is available to download from the App Store. Plans to Revamp Festival Plaza Have Been Unveiled 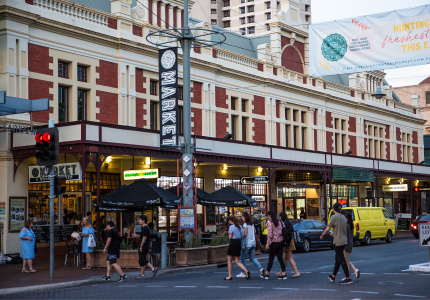 South Australia Has Finally Announced Its Road Map to Reopening