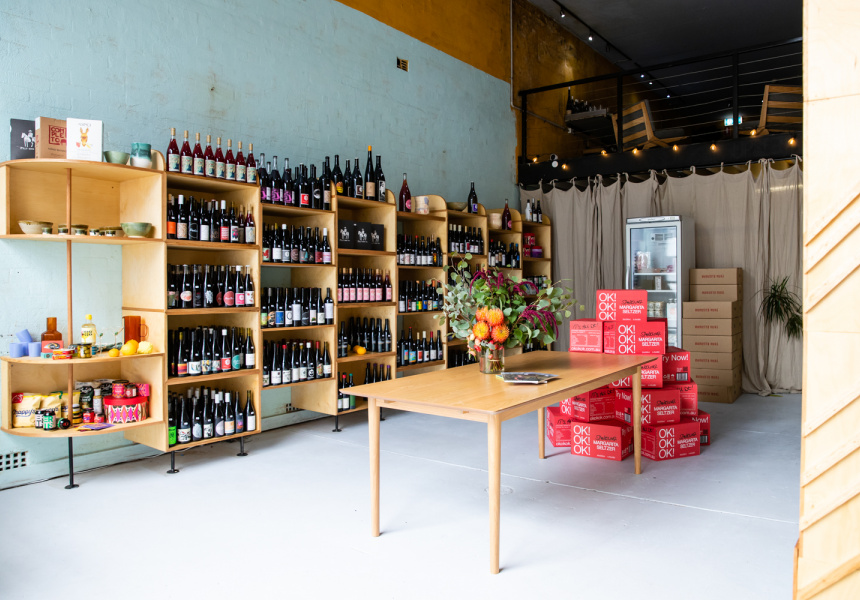 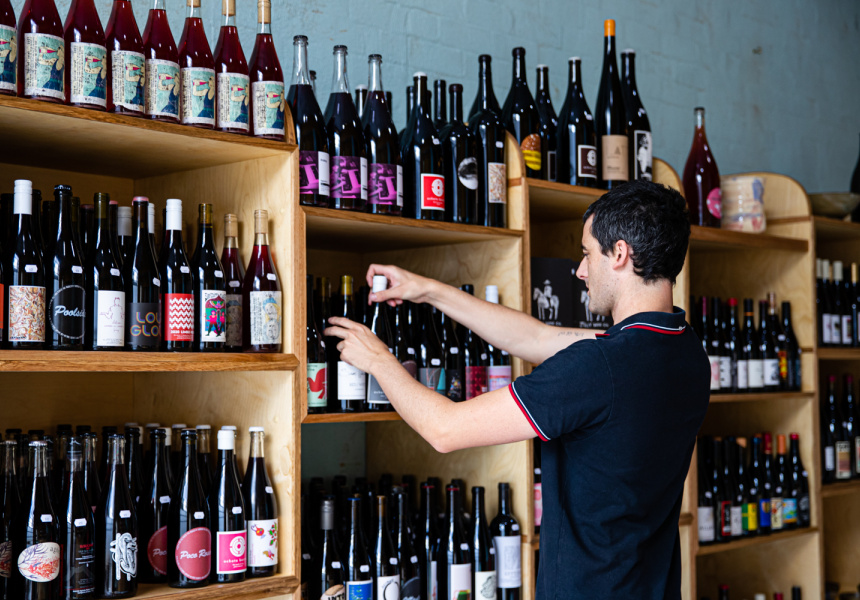 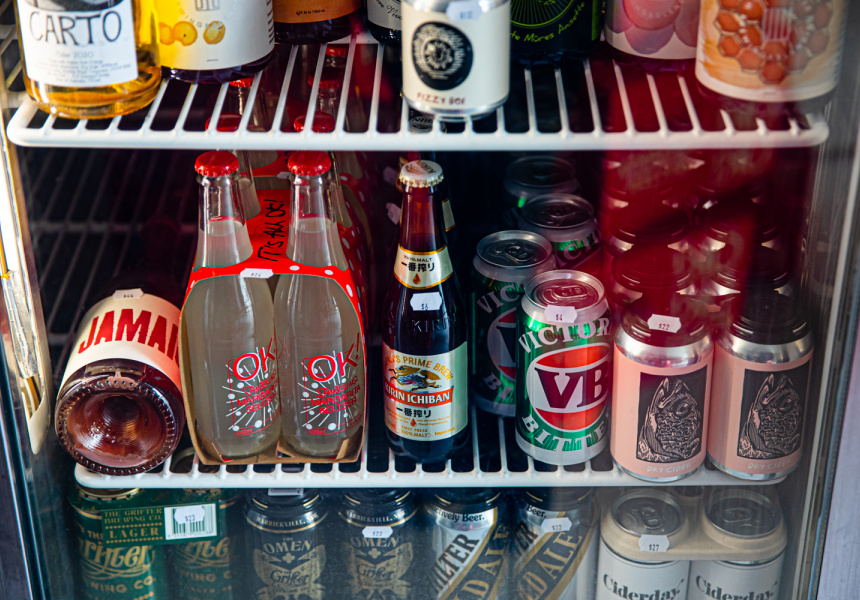 Drnks began as an online retailer in 2013 and helped pioneer Australia’s natural wine movement, introducing Sydney to styles of wine that are now staples in pubs, bottle shops and restaurants.

In a reversal of tradition, Drnks’ online store spawned a physical space – inside Waterloo’s The George Hotel in 2019. Its since moved to this industrial site in Alexandria, which owner Joel Amos says is simply a continuation of what Drnks does online.

That means a 10 per cent discount when you buy six or more bottles of vino, pre-selected wine packs and even delivery – if you don’t want to lug two cases of wine home, Drnks will drop it at your doorstep. And while physical stores tend to be more expensive than online ones, Drnks’ prices for both are the same.

Blond wood shelves stock bottles to the left as you walk in, while on the right there are wine freezers and a range of what they call “Not Drnks”: Chappy’s crisps, ferments and condiments, spreads and coffee beans. A deli fridge holds cured meats and charcuterie from LP’s Quality Meats, handmade ceramics and Maison Balzac homewares. Everything has been priced by hand using an old-school pricing gun.

Among the mainstays are fun drops by Aussie winemakers such as Momento Mori, Lucy M and Basket Range, as well as bottles from France, Italy and beyond. You’ll also find local and international spirits, and beers by Sydney breweries. And you can even get Jovi’s burger kits, which were a hit during Sydney’s 2021 lockdown.