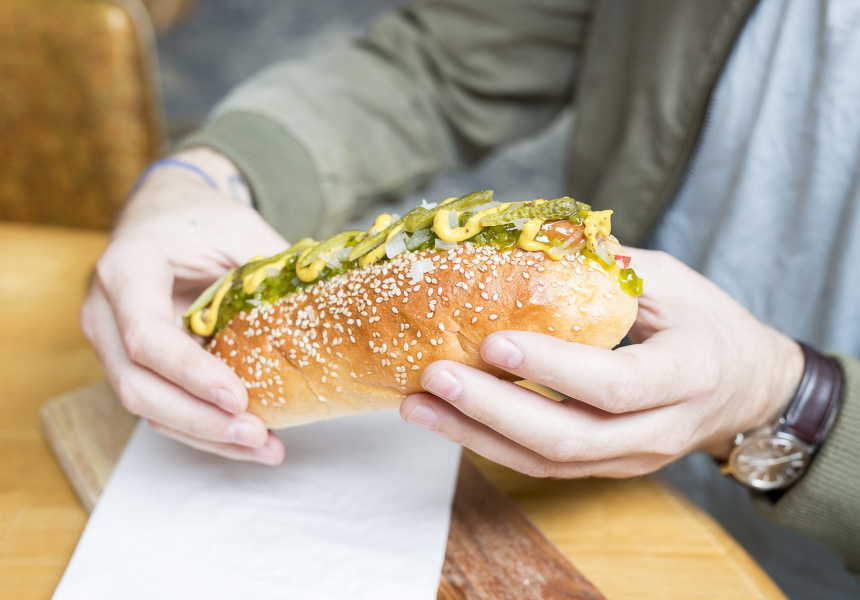 Eclectic is the best way to describe Analogue Academy, which the owners don’t want to look over-curated. Or maybe a living museum of the things they like. Namely, lots of pushbikes, video games and old-school cameras.

James Cox, Danny Horvat and Joshua De Hoog worked together as photographers before deciding to turn their love for the art into a business of their own.

Analogue Academy is a cafe, gallery and one of Geelong’s only film labs. Customers can bring in their film and sit with a coffee while they wait for it to be developed. Quick turnaround is the norm. In addition to the film-developing services, the space also sells a variety of film and pre-loved cameras.

Food options are few but varied. Analogue specialises in hotdogs, sourced from kosher Melbourne butchery Lewis and Son. Inspired by flavours of the world, the sometimes unconventional combinations are a hit, as are their names. The more adventurous might want to try the cabbage and apple kraut-topped Farmer Heinrich’s Sweaty Lederhosen. Traditionalists can stick to the Straight as a Liberal Backbencher.