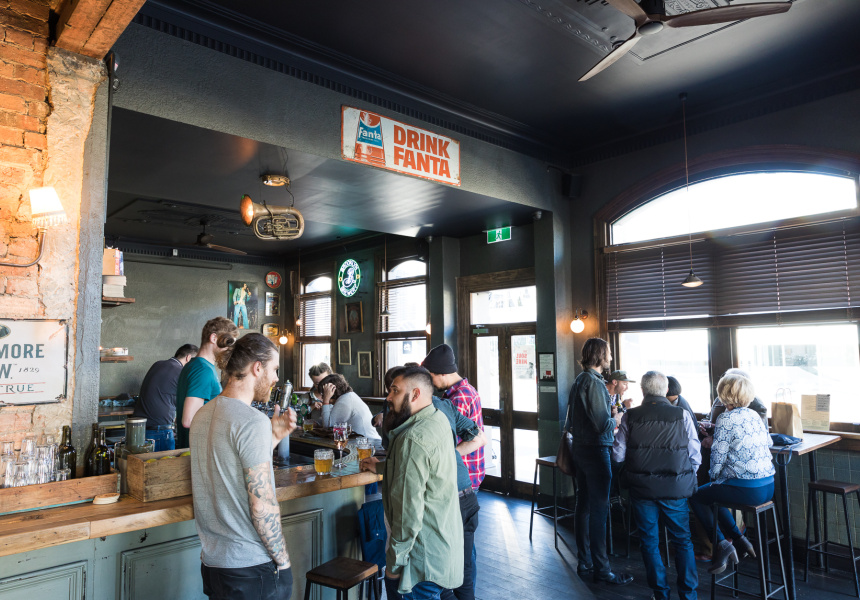 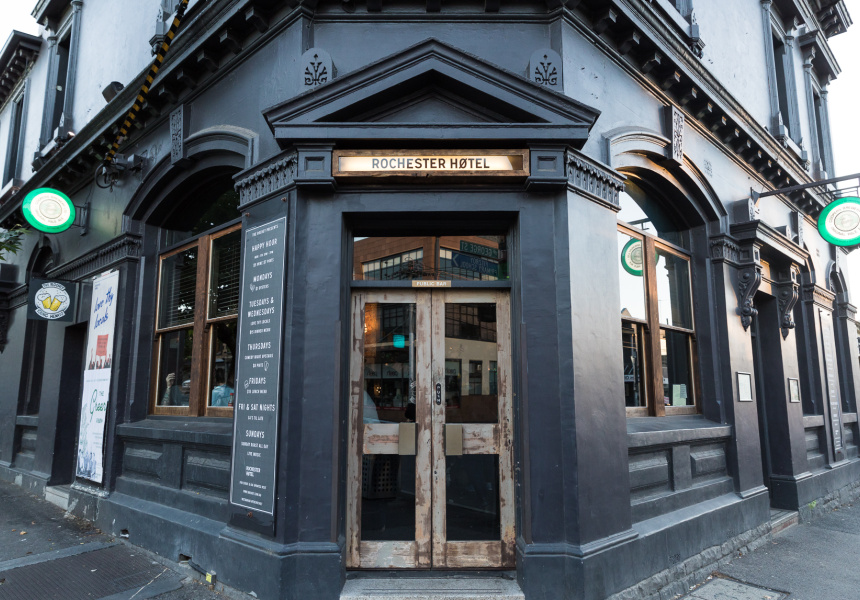 The Rochester Castle Hotel was once a dive bar and sweaty live-music den. When Stu Moss, Bridgitte and Jon Costelloe (owners of Vic Bar, Aviary Hotel and Dr Morse) revived it with a new lick of paint and dropped "castle" from the name, they kept the good aspects (a stage and DJ platform in the bar area) but smartened up the menu.

After residencies and extended stays in the kitchen by Katie Marron (of Miss Katie’s Crab Shack, which now has a permanent spot on Smith Street) and later Matt Wilkinson and Steve Rogers – the Rochester’s latest food concept is yet another statement.

Chef Mischa Tropp brings an unexpected menu to the local corner pub – inspired by his Indian heritage, specifically by the state of Kerala on India’s southwest coast, where his family is from.

Tropp’s bar menu reinterprets pub classics and snacks through an Indian lens. Instead of chips and gravy, there’s chips and curry. The fried chicken is familiar, but it comes laced with Keralan spice; flavours in the sliders are influenced by the once-Portuguese state of Goa. More adventurous eaters can snack on chargrilled duck hearts served with a sweet-and-sour spicy sauce.

The dining room menu takes a different path, ramping up both the tradition and spice of the dishes. Nadan is a traditional and very hot Keralan fish curry that rewards those who can withstand the heat from the Kashmiri chilli. That’s balanced out by milder highlights such as roast chicken in a tamarind, ghee and Kashmiri chilli curry.

There’s a lot of spice here, so the drinks list has an understandable focus on palate-cleansing ales and cool Viogniers and Rieslings, alongside a few bottles of smashable Shiraz, plus a rotating menu of cocktails. In summer the leafy courtyard is the place to enjoy a drink.